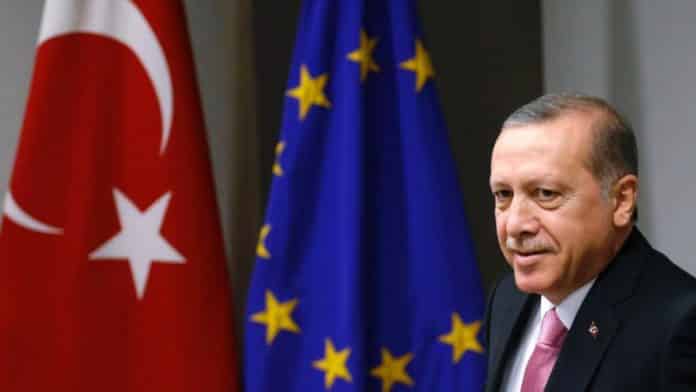 [ Editor’s Note: Mike Harris got a good Press TV slot, the Debate Show on an important country in play now, Erdogan’s Turkey. You will enjoy it. I used the possessive on purpose, as he really does seem to think it is really his.

Erdogan has Turkey like a bull by the horns. He pretty much controls the head while the body thrashes around kicking wildly and hurting random victims. He has been able to ride his country’s good economic situation to a higher geopolitical plane, while those around him suffered from self-inflicted wounds and some from their nearby and distant neighbors.

He has profited from Iran and Russia while hurting the Iraqis and Syrians, and whomever is next in line. But when he failed to get a majority vote and then also to form a coalition government, he chose a desperate and dangerous road to hang onto power.

While already walking the knife edge with his joining the coalition of the willing aggressors against Syria, he has put himself down range on the shooting gallery. He has fired in anger for profit, and hung a target on himself.

Yes, NATO is his jack-in-the-box when it comes to calling for their questionable rubber stamp to approve his current aggressions. It reminds me of the young school yard bully who taunts all that, “If you give me any crap, I will pay my halfwit older brother $1 to whip your butt.” One would expect more from the head of state for a Muslim country, and from NATO, for that matter.

What Erdogan does not see is that he is vulnerable to a military coup, with whom NATO would be good buddies the next day, as he and his family run for some country with all of their stolen money and hopefully protection from extradition. He would not be missed. And the attacks on the Kurdish parties will not depress their vote counts in the next election. On the contrary they will be higher. Whether they will actually be counted is another matter.

Erdogan is sailing in dangerous waters now, and may be relying too much on friendships where he feels he has them over a barrel because they have no choice other than to not be friends with the King of the Dardanelles. He forgets that there are always many who want to be King, and old friends become new ones to the new King quickly… Jim W. Dean ]

Turkish leaders were warned by many in the region that the country should not support terrorists or they would come back to haunt them. And on Saturday, in the capital of the country, Ankara, twin bombs exploded, and at least 97 people were killed and over 150 others injured. No group has yet claimed responsibility. What direction is Turkey going in and why has Turkish officials open the country up to insecurity and violence?