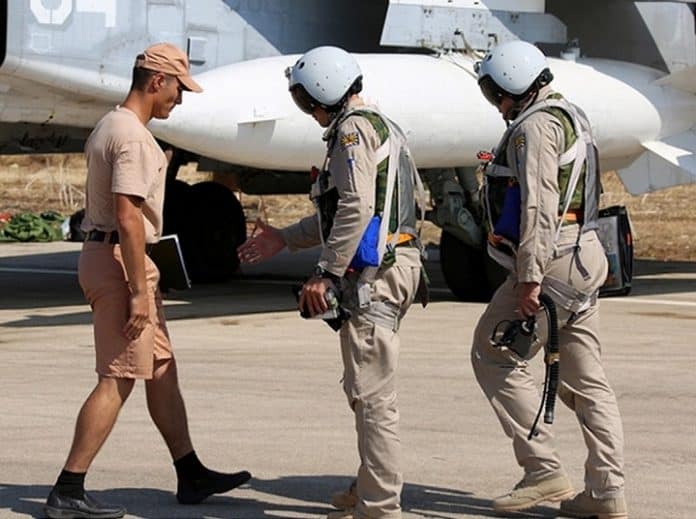 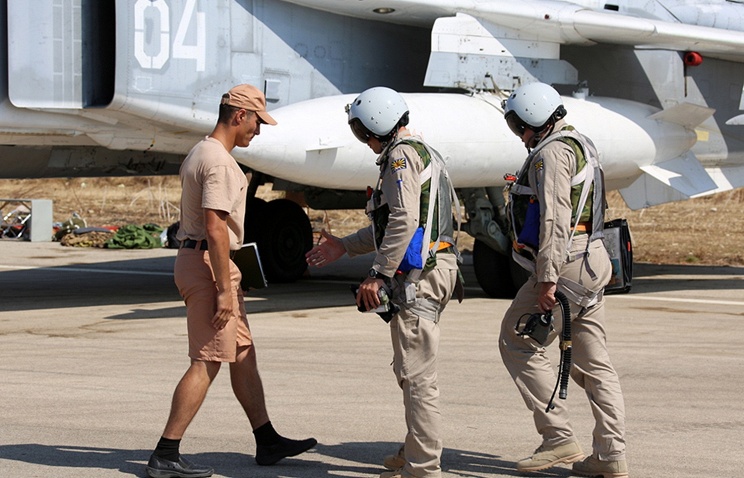 ASTANA, October 15. /TASS/. The Kremlin has described as a “hostile act” the publication in Ukrainian mass media of personal data of Russian pilots flying combat missions in Syria and promised that the necessary measures would be taken to protect Russian military servicemen.

“Honestly, this is the first time I hear about that from you, but our special services surely keep an eye on the affair,” presidential spokesman Dmitry Peskov said, when asked about the publication in Ukrainian media and social networks of photographs and other personal data of Russian career military taking part in the special operation in Syria.

“Surely, it won’t be an exaggeration to say it as a hostile act against our country and our military servicemen and, of course, proper counter-measures will be taken to ensure the safety of our men,” Peskov said.

He was charged with committing a crime described in article 2005.2 of the Russian Criminal Code (Public calls for terrorist activities or public justification of terrorism).

“In fact, Gerashchenko supported and spread the idea of his contact in a social network to the effect “the terrorists and their brothers in Russia will be able to take revenge on Russian military in accordance with the Sharia law,” Investigative Committee spokesman Vladimir Markin told the media.

In his opinion “such an utterance would spell the end of a politician’s career practically in any other state.”

“But in Ukraine such calls apparently bolster such personalities’ credibility – not with the people, though, but with the ruling elite. There can be no doubts as to where the career of such an ‘activist’ will end,” Markin said.

The charges brought against Gerashchenko envisage a punishment of up to five years in prison. Calls made in through the mass media are punishable with seven-year imprisonment.

Russian air operation in Syria should be assessed by military experts

The Kremlin believes that the timeframe and success criteria of the Russian Aerospace Force operation in Syria should be determined by the military.

“Ask the military about it,” Peskov told reporters, answering a question about the success criteria of the Russian military operation against terrorists in Syria.

The Kremlin official said that Russian actions in Syria are aimed “at supporting the offensive of the Syrian armed forces in the fight against terrorist and extremist groups.”

Publication of personal data about Russian air pilots participating in the operation against the Islamic State in Syria on Ukraine’s Mirotvorets (Peacemaker) website in fact signifies that those behind the provocation have teamed up with IS terrorists, polled experts have told TASS. The provocation’s mastermind is Anton Gerashchenko, an adviser to Ukraine’s interior minister. Just recently he issued a call for publishing the personal data of Russian pilots operating in Syria on the Internet.

The next day the Peacemaker website published information about nine Russian military officers, their ranks ranging from lieutenant to major-general, in three languages – Russian, English and Arabic. It is noteworthy that earlier the same website gained notoriety by disclosing the home addresses of Ukrainian journalist Oles Buzina and Ukrainian parliament member Oleg Kalashnikov. Both would soon be killed near their homes.

The president of the association providing social support for retired military Otechestvo (Fatherland) Air Force Major-General Aleksandr Tsalko, is very articulate and to the point, just as a career military should be. He has told TASS that the call for making public personal data of Russian air pilots in Syria was an “act of meanness,” and that Gerashchenko was a “rascal who will surely wind up badly.” Russia’s Investigative Committee has already launched criminal proceedings against Gerashchenko under the article of the Criminal Code setting punishment “for making public calls for terrorist activity or for public justification of terrorism,” Tsalko recalled.

“Gerashchenko and those Ukrainians who publish in the Internet personal data about Russian pilots who are fighting against terrorists in Syria in fact identify themselves as IS militants, put an equation mark between themselves and the terrorists, and consider the latter as almost their brothers. It is not accidental that Ukraine’s President Petro Poroshenko in a recent interview to the BBC in fact put in a word for the Islamic State militants, saying that Russia’s operation was shaking loose global security. Such statements indicate that the authorities in Kiev connive with terrorists,” Tsalko believes.

He remarked, though, that the Ukrainian ‘informants’ – Gerashchenko and his likes – have no reason to rejoice, for their idea has not reached its aims. “Russia is capable of ensuring the safety of its military servicemen. The Defense Ministry had taken precautions in advance to ensure my colleagues – military pilots who have been dispatched to Syria – and their families should feel protected from any threats,” Tsalko said.

“Russian air pilots and their families reside in guarded garrisons. When I was on active service myself, I was in charge of such a garrison for a sometime. A stranger had not the slightest chance of getting inside. When I was on an assignment in Afghanistan in the 1980s, the Taliban first declared a standard award for my capture or my death – $10,000. Then the reward started growing fast to eventually reach $8 million. I am a very ‘valuable’ person, but there have been no attempts on my life in Russia,” Tsalko said.

Yet the Russian media and society are anxious how come the personal data of Russian pilots flying combat missions in Syria have ended up in the hands of Ukrainian hackers. Russia’s former high-ranking intelligence officer, General Yuri Kobaladze, believes the risk of leaks of personal information about Russian military is extremely low. “That’s really hard to believe. Air pilots never mention their names in radio exchanges. It is very unlikely that they may mention the numbers of their military units or home addresses in the social networks either. It may turn out the whole affair is just a phony,” Kobaladze told TASS.

“If one imagines that the Russian pilots’ personal data published on the Ukrainian websites are real, then it’s an act of outrageous meanness – to expose people who are performing their duty and fighting against a menace that threatens the whole world,” Kobaladze said.

And the president of the National Strategy Institute, Mikhail Remizov, believes that the legislation of many countries leaves no room for connivance with terrorism. “This call by an adviser to the Ukrainian Interior Ministry for publishing personal data of Russian air pilots in Syria and the reaction of social networks’ members that followed need close scrutiny by human rights activists. Such action deserves the international community’s condemnation,” Remizov told TASS.