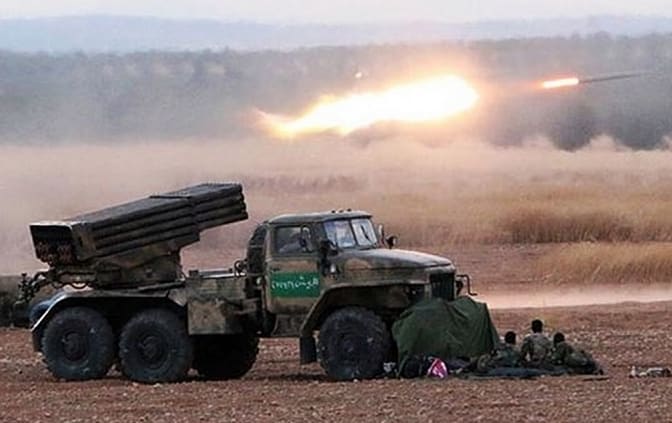 TEHRAN (FNA)- The Syrian Army announced that its troops have stormed the gathering centers of the terrorist groups in the strategic province of Damascus and killed dozens of militants, including Jordanian nationals.

The army said that its forces destroyed a munitions depot of the terrorists groups in Erbin and Zamalka, which resulted in the killing of two Jordanian terrorists Ayoub al-darawsheh and Mosaed Ali al-Tawalaa.

The army further added that Jeish al-Islam terrorist groups left scores of members, including Hashem al-Khateeb and Hussein Abdullatif, killed in the army’s attacks in Erbin and Zamalka, and retreat its forces from the battlefront.

On Wednesday, the Syrian army troops pushed back militants from Rima water facility near the Harasta town.

The sources said, following the new offensive strategy of the Syrian army to push back the militant groups from the Damascus province with the assistance of both Syrian and Russian fighter jets, the Syrian army stormed the terrorists, who were surprised by the early morning airstrikes, near Harasta and retook full control over the Rima water treatment plant.

The sources said that the militant groups sustained heavy casualties in the today clashes with the army.