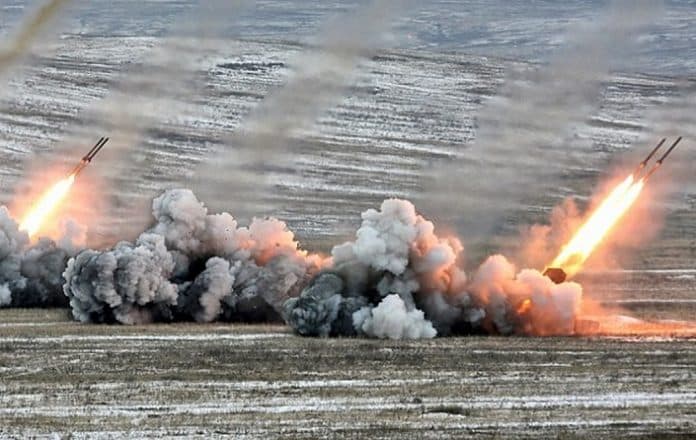 Russia to Enter Ground Offensive against ISIS by “Blazing Sun”
Reportedly Russia has deployed the Mobile Multiple Rocket Launcher called TOS-1A as part of their military action in Syria. This comes as Moscow announced that Russian fighter jets hit 40 ISIS targets in Syria since Tuesday morning.

The TOS-1A system is a 30- or 24-barrel multiple rocket launcher and thermobaric weapons mounted on a T-72 tank chassis.

According to The MAIL recent pictures shared on social media purports to show at least one mobile TOS-1A being used by government forces in Syria.

The TOS-1A Solntsepyok (meaning ‘blazing sun’) arrived in Syria earlier this month, according to the IBTimes, citing a Russian newspaper.

The thermobaric warheads, also called vacuum or fuel-air explosives, spreads a flammable liquid around a target and then ignites the liquid.

Also footage shows that Iraqi Army uswed TOS-1A MLRS in action against ISIS positions during the Battle of Baiji.