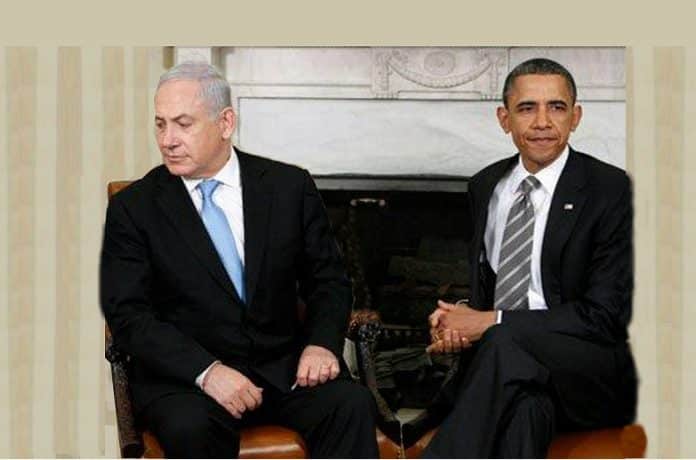 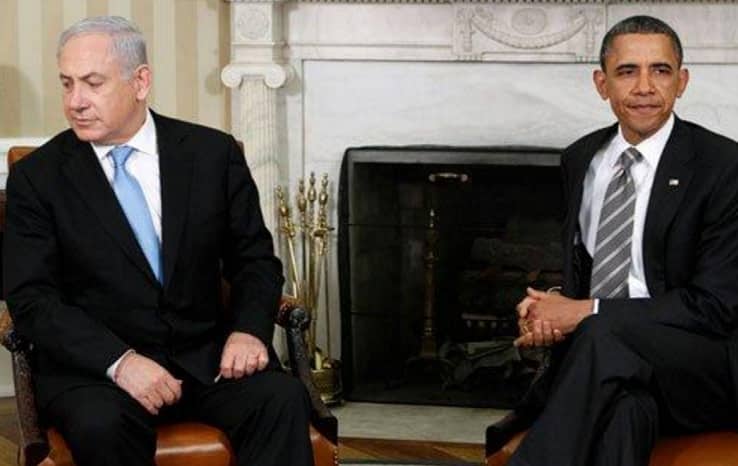 By Sajjad Shaukat for Veterans Today

Famous political thinker, Morgenthau and others agree that a number of internal factors like population, system of government, geographical location, economic output etc. play a key role in formulating the foreign policy of a country. But, this thesis is quite opposite to the United States where the Zionist Jews shape the internal policies, while moulding American external policy in accordance with their own interests, devoted to Israel.

In this respect, recent developments, such as Russian airstrikes on the ISIL (Daesh) targets by boosting its military presence in northern Syria in support of President Bashar al-Assad; the Defense Department’s announcement to abandon the goal of training the Syrian rebels; failure of the CIA-supported rebels to topple his government; Russian President Putin’s coalition with Iran, Iraq and Syria to root out the ISIL militants; his warning to the Israeli P.M. Netanyahu regarding Israel’s violations of Syrian sovereignty, indicating the Zionist regime in the US and  Israel for their “phony war on ISIL”, and saying, “NWO (New World Order) agents and Satan worshipers simply have no clothes”; and description of Syria’s drastic situation by the analysts as the most spectacular US foreign policy disaster have clearly exposed the reality behind the so-called global war on terror. America’s Zionist-framed policies have now started backfiring on patriot Americans.

In this context, Congresswoman Cynthia McKinney pointed outs, “It is long been clear that the pro-Israel, ultra-Zionist network of think-tanks, public policy organizations, media outlets and lobbying organizations which have absolute control over the United States Congress, executive branch and foreign policy, actually run the US government…politicians who do not submit to the Zionist agenda are not elected or appointed to serve the government. We know that no government can serve two masters, and as a result, we have seen Israeli priorities placed above those of the American people.”

McKinney explains, “The idea that our leaders are pursuing America’s vital national interests abroad–is a myth…Israelis have a singularly powerful lobby in the US, which wields such political clout that no politician can afford to cross them…the pro-Israel movement, a well-organized political machine that operates as the Israeli government’s agent in America…a fifth column in league with a foreign government, so powerful that it has become the decisive factor in determining US policy.”

In the words of Senator Fulbright, “Israel’s control over Washington has grown tremendously like a malignant cancer…making the US as a puppet nation of Israel.”

In fact, Jews are owners of the many big cartels of the US in particular and the world in general. Based in the US, by running the major multinational corporations, arms factories, five star hotels, oil companies, liquor business, banks, film industry, print and electronic media on international level—having influence on the financial institutes like World Bank and International Monetary Fund, Jews have direct and indirect hold on the global economy.

In this connection, American President George W. Bush and neo-conservatives crossed all the limits in protecting the political, economic and religious interests of the Jews and Israel at the cost of Muslims and patriot Americans.

Just after the September 11 tragedy inside the United States, chauvinism and extremism was deliberately developed among the Americans through media and statements of high officials of the Bush Administration. President Bush used the words, “crusade against the evil-doers”, adding to the perception that the ongoing ‘different war’ against terrorism is actually a war against the Muslim countries. Inside the US, suddenly, every Muslim found himself divested of his nationality. Inside the US, arrests, detentions and harassment of the Muslims by the CIA and the FBI were other steps which still continue. Israeli atrocities on the Palestinians were brushed aside.

American unity was projected with such force as to allow no questioning of the US policy. Under the cover of the 9/11 catastrophe, preplanned strategy of the neo-conservatives headed towards a series of unexpected developments and events such as employment of coercive diplomacy on the weak states—Uzbekistan, Indonesia, Yemen etc., including almost all the Gulf states which decided to join Bush anti-terrorism war. Particularly, Pakistan became a frontline state of the US war on terror.

The US did not bother for rise of more militancy and internal instability in these countries. Bush also got the sympathies of other western and NATO countries for global war on terror. Besides, US and NATO attacked Afghanistan and then without mandate of the UN Security Council, American-Anglo forces invaded Iraq. Like the militants’ brutal tactics, US-led forces also employed state terrorism by special military operations, extra-judicial assassinations and heavy aerial bombardment, which killed several innocent persons especially in Iraq and Afghanistan. And suspected Muslims were also kept in Guantanamo Bay, Abu Graib and other cells, established in some Islamic countries and small European states where personnel of the CIA, the FBI, and the military employed various methods of torture like physical violence and even murder.

However, the September 11 tragedy was fully manipulated by Israel who had joined the Bush’s anti-war terrorism enterprise so as to target Afghanistan, Iraq, Iran and Pakistan (Which survived due to American prolonged war in Afghanistan) in particular and other Muslim countries in general. For this purpose, Jews also got the services of some Hindus to continue their anti-Muslim campaign. In this connection, by availing the international phenomena of terrorism, Jewish-Hindu lobbies which are collectively working in America and other European countries have been exploiting the double standards of the US-led west regarding terrorism and human rights vis-à-vis Pakistan, Iran, Syria, Libya, Yemen, Egypt etc.

Israel and India are still equating the ‘wars of independence’ in Kashmir and Palestine with terrorism. And New Delhi considers Pakistan as its enemy number one, while Tel Aviv takes Iran in the same sense owing to its nuclear programme. Israel is also against Pakistan, as it is the only nuclear country in the Islamic world. Notably, Indo-Israeli lobbies have introduced dangerous socio-religious elements in American and western societies by equating the so-called war on terror with war on Islam and acts of Al Qaeda and ISIL with all the Muslims—contributed to re-shape the global politics on cultural and religious lines.

When Barack Obama became American President, it was expected that he would rectify the blunders, committed by his predecessor in the name of war on terror, and he would resolve the Palestinian-Israeli dispute and issue of Kashmir between India and Pakistan. Instead, Obama-led US Administration continued indirect support to the Israeli atrocities on the Palestinians, while displaying silence over the brutal tactics, adopted by the Indian security forces in the Indian-held Kashmir. This ambivalent strategy resulted into more recruitment of Jihadists and suicide attacks, and it became difficult for the pro-American rulers of Saudi Arabia and other volatile Islamic countries to cope with the problem of militancy.

Overtly, like Bush, President Obama also repeatedly stated that Muslims are moderate and Islam is a religion of peace, but covertly, he followed the agenda of the Bush to secure the Zionist-shaped policies.

Learning no lesson from the US and NATO’s longest war in Afghanistan, facing defeatism in that country, Obama continued state terrorism and extrajudicial killings of innocent persons through illegitimate drone attacks — assisting undemocratic forces, such as the return of a military strongman in Egypt by toppling the elected government, like Iraq. US policies created more collapsed states such as Libya, Syria, Yemen etc., which opened the door for Al-Qaeda and ISIL activists, coupled with total failure to convince Tel Aviv to abandon “settlements,” or to end delaying tactics in resolving the Israeli-Palestinian conflict and the perennial humiliations of the Palestinians. The Gaza blockade continues to starve the Palestinians there.

Nevertheless, after 14 years of the protracted war, a perennial wave of attacks on the US and NATO installations and ambush assaults on their military personnel by the Taliban in Afghanistan, terror-attacks on Christians in Nigeria and other African countries including Iraq—sectarian violence and some terror-attacks inside America, France and UK deteriorated the global war on terror. Thus, President Obama caused political and economic instability in the world, jeopardizing the American global interests.

Besides a number of external and internal developments like the huge cost of war on terror, financial crisis, and other-related problems which affected American public, and also enveloped other western countries—reluctance of NATO countries to join American war in Syria, including curtailment of liberties, failure of the of Obamacare, the rift between the Republicans and the Democrats added to the dilemma of Americans.

As a matter of fact, Jews, who are about 2 percent of the US population and only about 4 percent of the electorate nationwide, mold the internal and external policies of America by setting aside the majority opinion of the non-Jewish American nationals. In other words, this odd phenomenon makes the American democracy a farce and renders obsolete the nation’s claim of a free world, adhering to the liberal policies or asserting champion of human rights. However, by blindly following the Zionist-framed policies, President Obama has turned the US into a Jewish autocracy, and converted the dream of Henry Kissinger into reality.

In this respect, with reference to war on terror, in an article on September 25, 2011, titled, “It Is Official: the US Is A Police State,” Paul Craig Roberts, Assistant Treasury Secretary of the Reagan regime, wrote, “The methods used for the suppression of foreigners by military force and violence abroad are eventually mirrored in the homeland… America becomes ever more the police state at home.”

In this regard, the renowned writer, author and the social activist Dr. Stuart Jeanne Bramhall in her book, “The Most Revolutionary ACT: Memoir of an American Refugee” and in her various articles/blogs, while mentioning the leakage of Trans Pacific Partnership Agreement (TPPA), (An agreement to suppress sovereign democratic rights in favour of multinational corporations) — negative effects of globalization, pointed out Israeli lobbies, multinational companies/corporate industries, CIA operatives and some leading media houses, which are working jointly, and they do not care for world peace.

According to Abraham Lincoln, “You can fool all the people some of the time, and some of the people all the time, but you cannot fool all the people all the time.” Nonetheless, in the present world of social media and Internet, now, patriotic Americans have openly started criticizing the Zionist-protected policies of the US, putting questions that are they paying taxes to the CIA and military establishment (Their huge budgets) which are fighting useless proxy wars in the world, being fought for the sake of Israel in wake of modern global trends like renunciation of war, peaceful settlement of disputes and economic development.