Home World Obama HAS washed his hands of Palestine and IS walking away from... 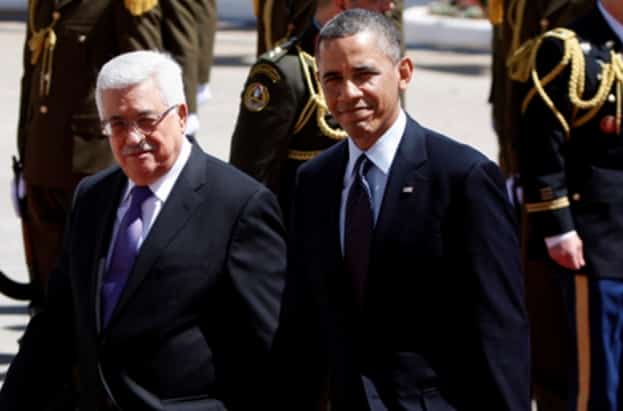 In his major speech at Cairo University on 4 June 2009 which he labelled as marking “a new beginning” in the relationship between the Islamic world and the West, President Obama described the. Palestinian situation as “intolerable”. And he put flesh on that bone by saying, “They endure the daily humiliations, large and small, that come with occupation.”

He also said the only resolution of the conflict in and over Palestine that became Israel “is for the aspirations of both sides to be met through two states, where Israelis and Palestinians each live in peace and security.”

He then gave this commitment:

That (the two-state solution) is in Israel’s interest, Palestine’s interest, America’s interest, and the world’s interest. That is why I intend to personally pursue this outcome with all the patience that the task requires.

More than six years on all that is left of that commitment is its rhetoric.

On Obama’s watch the pace of Israel’s colonization of the occupied West Bank, on-going ethnic cleansing slowly and by stealth, has been speeded up and confirmed what has long been the case – that the two-state solution is dead and cannot be resurrected.

It’s true that quite early in his presidency Obama called for a halt to illegal Israeli settlement activity but Prime Minister Netanyahu effectively told him to go to hell.

The evidence that supports my headline for this article was in one of Obama’s responses to the current upsurge of violence and killing in Israel/Palestine. To his repeated assertion that two states was “the only solution” he added that it (a peaceful resolution of the conflict) “is up to the parties.”

Given that one of the two parties, the Zionist (not Jewish) state, has no intention of making peace on terms the other could accept, Obama’s words can mean only one thing. He was effectively saying, “In what is left of my presidency I have no intention of using the leverage I have to try to cause Israel to end its defiance of international law and denial of justice for the Palestinians.”

There is still some speculation that because he loathes Netanyahu and all he represents Obama may decide that America should not veto any future Security Council resolutions that are critical of Israel and demand that it be serious about peace on terms the Palestinians could accept. But even if Obama did refuse to appease Zionism by saying “No” to another America veto, that would change nothing on the ground in Israel-Palestine.

It is interesting to recall that way back in February 2011 when he was running against Obama for the White House, Republican Mitt Romney said Obama “has thrown Israel under a bus”.

That was Romney’s response to an Obama statement that not only called for a two-state solution but said that Israel’s pre-1967 war borders should roughly guide the formation of a Palestinian state though some land could be swapped.

Given the way things are today and look like going my speculation is that future honest historians will conclude that Netanyahu and the Zionist lobby in America threw Obama under the bus.

I myself would go one stage further and say that Obama threw the Palestinians under the bus.