Home Life Putin: ‘If a fight is inevitable, go and fight first’ 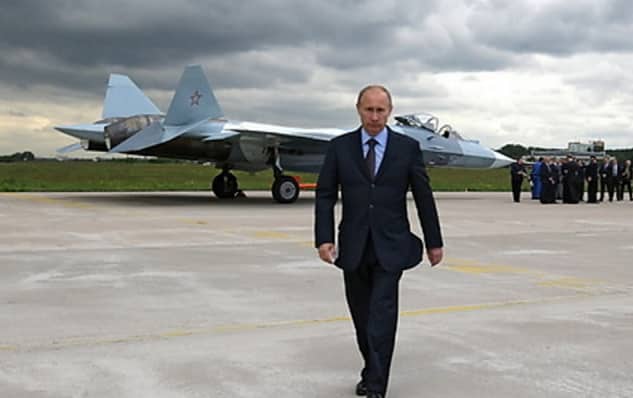 Russian President Vladimir Putin takes part in the final plenary session of Valdai discussion club in Sochi. During his speech at the forum, Putin, whose approval rating has reached a record level of 90-percent, sharply criticized the United States. Putin warned the world of uncontrolled competition between countries that may lead to another arms race.

The Russian president said that “all countries always have and will have divergent interests.” “This competition should be based on certain political, legal and moral norms and rules. Otherwise, rivalries and clashes of interests are fraught with acute crises and dramatic failures,” said Putin.

Vladimir Putin criticized the United States for “playing with terrorists” and cracked down on the US foreign policy.

According to Putin, one can not use sanctions against allies. “Is this how one acts with allies? No. This is what one does to their vassals, who dared to act at their own discretion,” Putin said.

USA deceives Russia and the world

Speaking about the issue of terrorism, the Russian president stressed out that terrorist groups could not be divided into moderate and immoderate groups. He warned world leaders against making attempts to use terrorists for their own purposes. “One can not succeed in the struggle against terrorism if some of them are used as a battering ram to overthrow undesirable regimes,” he said, referring to the situation in Libya.

“If billions are spent openly to support internal opposition, is this normal political practice?” Putin wondered. The president expressed a hope that the US would not deliver MANPADS to Syrian opposition, because the weapons may find themselves in terrorists’ hands.

Only Syrians must decide their future

The President also said that after the victory over terrorism in Syria, the political situation in the country should be regulated with the participation of all healthy forces. “The military victory over terrorists will not solve all problems, but it will create conditions to start a political process. It is the Syrians who must decide their future with the correct and respectful assistance of the international community.” Russia supposedly calls for early presidential elections in Syria, as a result of which Syrian President Bashar al-Assad could obtain a new mandate.

The break up of Syria would be the worst way to solving the crisis in the country. “The division into separate territories will only exacerbate the conflict in Syria and make it infinite,” Putin said.

“I can lift the veil of our talks with President Assad. I asked him how he would react, if we found opposition in Syria that would be, even if this is armed opposition, ready to struggle against the Islamic State, if we support their efforts in the fight against terrorism, just like we support the Syrian army. He said, “I take it positively,” Putin said, adding that the Russian administration was thinking how to translate these agreements into practice.

Speaking of the anti-terrorist operation in Syria, Putin drew a parallel with his childhood in Leningrad. “Even 50 years ago, the streets of Leningrad taught me one thing: if a fight is inevitable, go and fight first,” said Putin. He assured, though, that Russia was not planning to expand the operation to Iraq.”There are no such plans, because we do not have a request from the Iraqi government,” he said.