Home WarZone Evidence of Things Unseen: US-Led Coalition Has Something to Hide in Syria 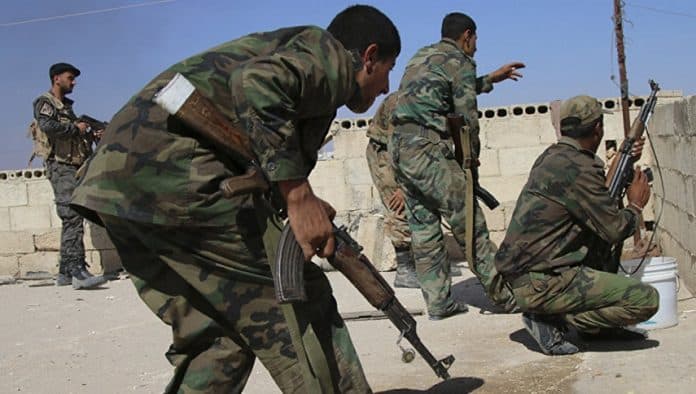 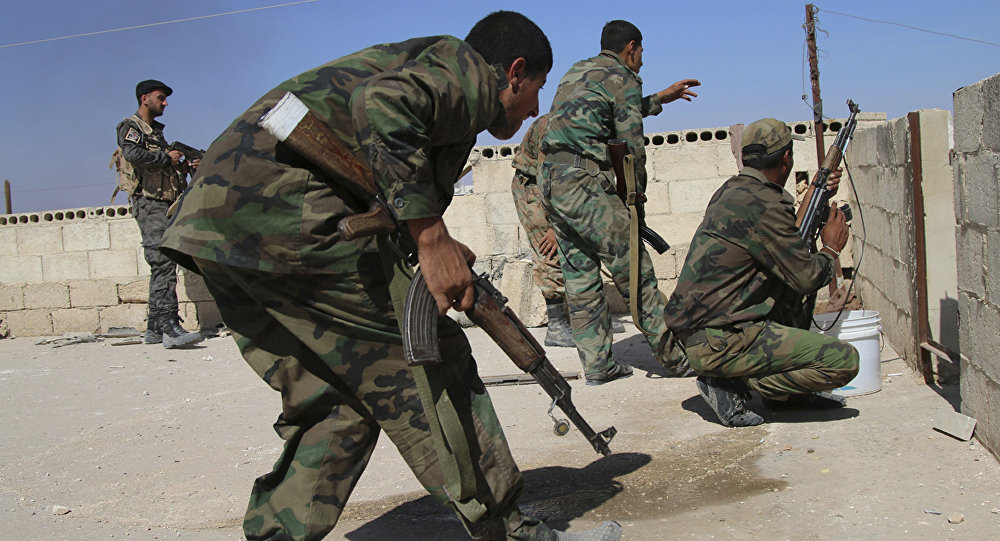 Something really fishy is going on in Syria, US Marine combat veteran Gordon Duff notes, adding that Western mass media remains suspiciously mute about the matter.

There are lots of battles being fought across Syria, Yemen, Saudi Arabia, Cameroon, Nigeria, Afghanistan, Ukraine and Libya, accompanied by various local conflicts, US Marine combat veteran of the Vietnam War and senior editor of Veterans Today Gordon Duff points out, adding that major US publications prefer to keep silent regarding most of these issues.

“If you read the papers, there is no war, there are no wars, no ISIS [ISIL], no al-Nusra, no failed Minsk agreement with daily shelling, no carpet bombing in Yemen, no destroyed Saudi air bases, none of it is happening, none of it ever happened,” Duff remarked with a touch of irony in his article for New Eastern Outlook.

Indeed, the US-led anti-ISIL coalition has something to hide, the expert underscored. Duff reminded that a few days ago two US fighter bombers attacked the Aleppo power station and a separate transformer complex, plunging 2.5 million Syrians into darkness.

Surprisingly, this attack was not aimed at terrorists or a “regime,” the US Marine combat veteran noted. In fact US warplanes targeted the key infrastructure of Syria’s largest city. The attack resulted in the deaths of lots of peaceful civilians, “not only plant operators and engineers, but the usual ‘collateral damage’ that comes with all American attacks.”

“One might wonder why America bombed a power plant when there might have been a wedding, funeral or school graduation ceremony to hit instead,” Duff noted with a bitter sarcasm.

Incredible as it may seem, the incident remained largely neglected by US mainstream media sources.There is another story, “even more curious and telling than the others,” that was not reported either. Duff narrated that Russians discovered a “mysterious bombed area” located in Syria in close proximity to the Jordanian border.

“There is an area where no one has ‘officially’ bombed, not the Americans, not the Russians or the Syrians either but an area that had been bombed, just the same, not once but dozens, perhaps hundreds of times, abandoned villages bombed over and over according to the Russian commander, ‘as though someone had nothing else to do’,” the US Marine combat veteran underscored.

“You know, many had wondered how, after 6,000 American ‘sorties’ flown against ISIS, so little damage was done? Were they all flown against ‘nowhere’ because ‘someone had nothing else to do?'” Duff asked.

So, what is really going on in the region? Who is fighting whom?

And here comes Turkey. In contrast to the United Arab Emirates and Saudi Arabia which had left the US coalition long ago, Turkey continues to fight Islamic State. Moreover, the Turkish Air Force “has flown over 6,000 sorties, even more than the entire ‘American coalition’ against ISIL,” Duff noted.Alas, there’s the rub, the US Marine combat veteran pointed out: “90% of the air attacks are inside Turkey itself and 100% are against Kurds.”

Turkey bombed PKK (the Kurdistan Workers’ Party) militants and even YPG (Kurdish People’s Protection Units) volunteers, who fought together with the US-led coalition against ISIL. Remarkably, Washington said nothing in response.

“Today, pitched battles are being fought across Syria, Iraq, Yemen, Saudi Arabia, Cameroon, Nigeria, Afghanistan, Ukraine and Libya with ‘skirmishes’ across Israel/Palestine, Lebanon and much of the breadth of Africa. Not one article in a major publication in the US even mentioned one of these nations, not even anecdotally,” Duff emphasized.