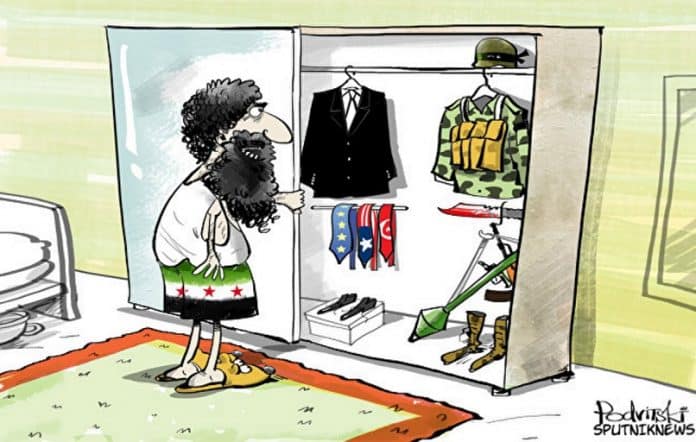 The Free Syrian Army is somewhat of a Schrödinger’s cat these days: its representatives visited Moscow last week and at the same time FSA leaders deny claims that they went to the Russian capital.

The information regarding the visit was confirmed by Russian Deputy Foreign Minister Mikhail Bogdanov on Monday. The next day, several senior members of rebel groups linked to the FSA claimed the visit did not take place.

“Nothing of this sort happened on our part as FSA. It is impossible for us to accept going to Moscow, and to have dialogue with it. We don’t want their help. … We contacted our friends in other areas and nobody went,” Abu Ghiath al-Shami, the spokesman for Alwiyat Seif al-Sham, told Reuters.

The same duality principle applies to accepting Russian help on the battlefield. On Saturday, Russian Foreign Minister Sergei Lavrov confirmed that Moscow was ready to cooperate with and provide aerial assistance to FSA-affiliated groups. Some senior members welcomed the move, others flatly refused. 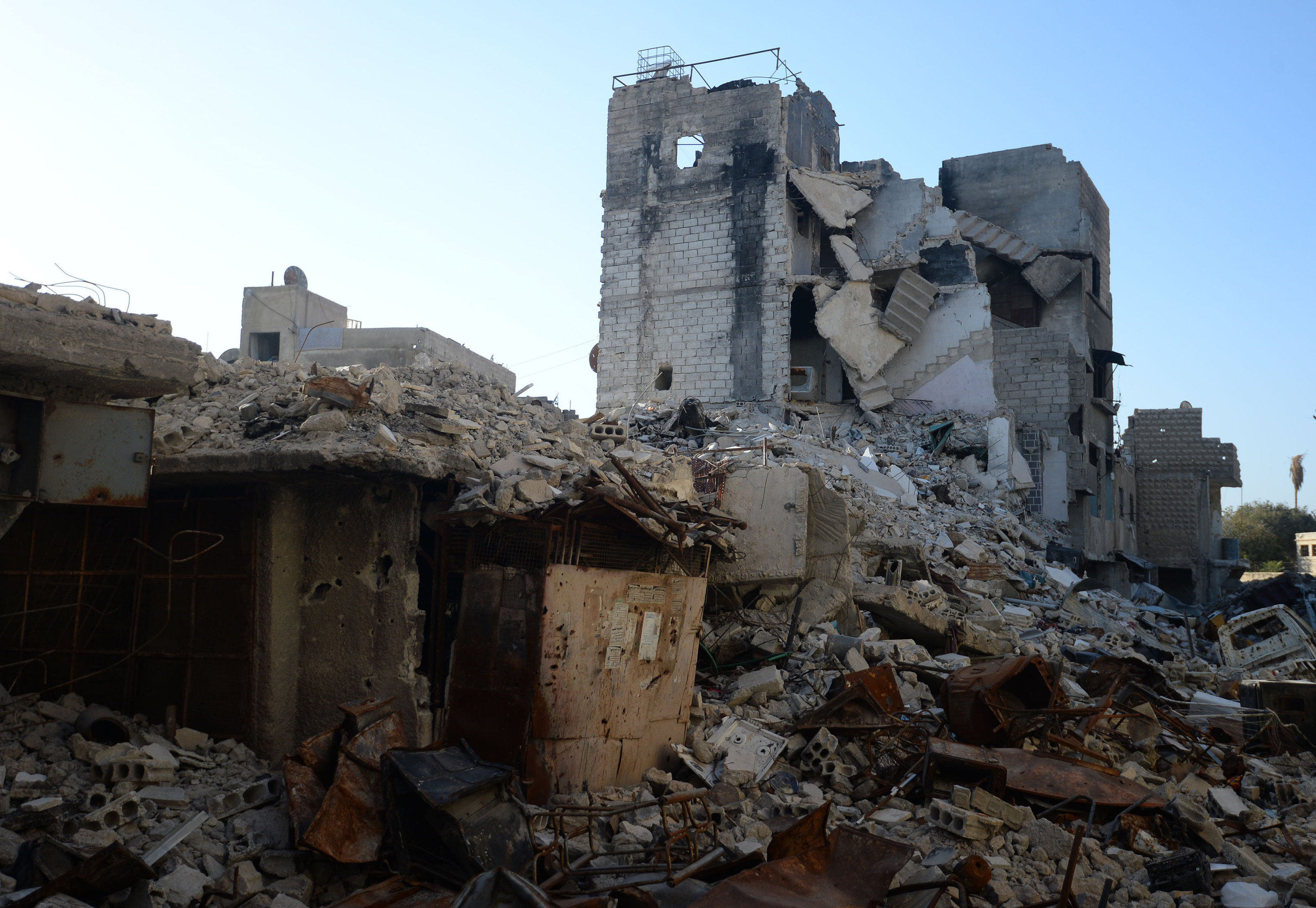 Meanwhile, Russian Foreign Minister Sergei Lavrov broke the news that Russia finally managed to establish a preliminary contact with representatives of moderate opposition in Syria, adding that it was not an easy task.

O Free Syrian Army, Where Art Thou? Nobody Seems to Know Who or Where FSA Is

“These efforts are ongoing. I hope that the contacts will produce results,” the diplomat noted.This is a major feat indeed. For weeks, Moscow was asking anyone familiar with any group fighting under the FSA banner to share information on the exact location of the moderate opposition. Up until now, repeated attempts to talk to moderate rebels failed.

Whether they will be successful this time largely depends on the Free Syrian Army, which is a loosely-organized entity that lacks single leadership or real presence on the ground. Experts and officials both in Syria and beyond say that the FSA did exist some time ago but has been mostly absorbed by radical groups, including Islamic State and Jabhat al-Nusra.

High-ranking officials in the US and Europe often accuse Russia of targeting moderate opposition in its counterterrorism operation in Syria but no one has clearly explained who the Free Syrian Army is, where it is located or what it wants. 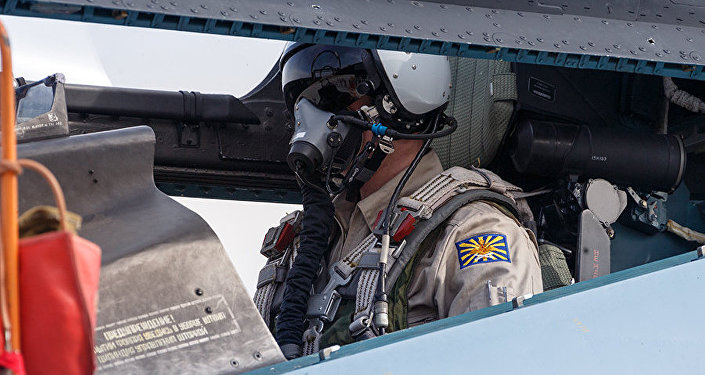 The FSA is as elusive as a proverbial black cat in a dark room… not only for outsiders and experts but for its own members as well. And here is why.Russia is serious about preventing Islamic extremists from overrunning Syria and then spreading their reach beyond the Middle East. To that end Moscow is trying to recruit as many allies in its multinational efforts as possible, including regional and global stakeholders, both state and non-state groups.

Russia is already coordinating its multinational counterterrorism campaign with Syria, Iraq and Iran through an intelligence sharing center in Baghdad. It will soon launch a similar mechanism with Jordan in Amman. Anyone else willing to destroy terrorists in Syria is welcome to join, Russian officials repeat time and again. 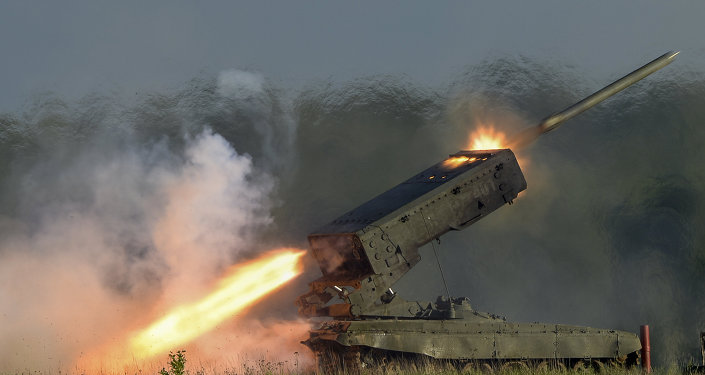 On Sunday, Russian Foreign Minister Sergei Lavrov reaffirmed that Moscow was ready to provide aerial support to any patriotic opposition groups, including the Free Syrian Army. The only obstacle in the way is the precise location of FSA-affiliated rebels. Moscow does not have this information, although it has repeatedly asked anyone familiar with the FSA (including the United States and Great Britain) to provide it.Moscow’s appeal appeared to have worked on Sunday when Fahad Masri, an FSA cofounder, told RIA Novosti that the group was ready to engage in dialogue with Russia.

“We need to schedule a new meeting to share our vision of the situation and discuss joint actions… We can make a joint decision on what kind of assistance Russia might provide to the Free Syrian Army during the talks,” he noted.

It could have been a milestone in the counterterrorism campaign but that same day Fares Bayoush, who heads the FSA-affiliated group Fursan al-Haq, refused to accept Russia’s help. In his opinion, Moscow “must firstly stop bombing the headquarters of the Free Army before offering air support that we haven’t asked for.”Other rebel leaders from FSA-affiliated groups made similar comments in response to Russia’s proposal. They all reflect what many in Syria and some outside of it know: the Free Syrian Army is a small decentralized umbrella organization lacking unified leadership and with no real presence on the ground.

As a side note, Russian forces choose their targets in Syria based on its own intelligence, as well as data provided by Damascus, Tehran and Iraq.

“I am sure there is no Free Syrian Army because they refused to cooperate with and receive help from Russia as they are fighting ISIL and others. And at the same time they are ready to hold talks with Russia. What is the meaning of that? They want only a political role or political resolution in Syria because they know they have no real existence on the ground. They have no real forces, there is no Free Syrian Army,” deputy director of the Damascus Center for International and Strategic Studies, Dr. Taleb Ibrahim, told Radio Sputnik.

Russian Deputy Foreign Minister Mikhail Bogdanov echoed this sentiment by saying that at the moment the Free Syrian Army has essentially “blended into” the terrorist crowd. “Some were scared, some joined ISIL or Jabhat al-Nusra for money. All the Syrians we talked to while trying to contact the Free Syrian Army say that it does not have a single leadership,” he told RIA Novosti.