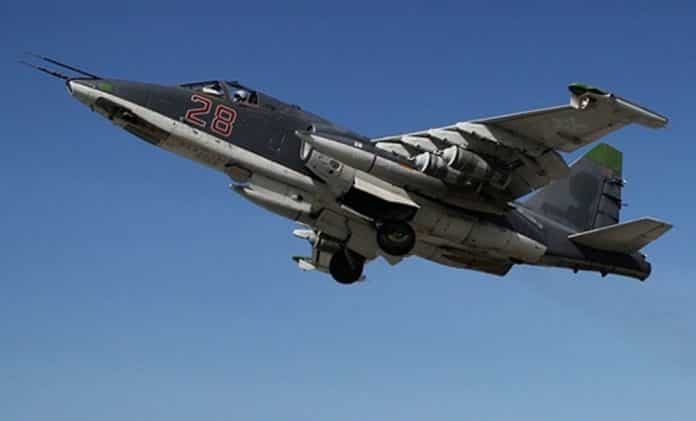 TEHRAN (FNA)- The Russian air force hit rebel positions in Southern Syria, near the Golan Heights, for the first time since it began its air campaign against the Takfiri terrorists last month.

The Russian airstrikes targeted positions of the ISIL and al-Nusra Front in the Golan Heights in Quneitra province near the border with Israel.

Earlier today, the Russian air force also struck terrorists’ positions in Daraa province for the first time in the past month.

Russia’s fighter jets hit the Takfiri terrorists’ positions in the strategic hilltops of Tal al-Harra and Tal Antar near Deir al-Adas in the Northern countryside of Daraa late Monday.

The Syrian army also carried out attacks on the strategic hilltop of Tal al-Alaqiya in Daraa countryside and managed to fully destroy the terrorists’ positions in the region.

The Tal al-Alaqiya hilltop is surrounded by three other strategic areas of Deir al-Adas, Kafar Nasej and Kafar Shams in Northern Daraa.

Political observers believe that he Russian fighter jets’ attacks have an important message for Israel while Tal Aviv is trying to pretend that it has reached an agreement with Moscow on Syria’s Southern skies.

Also on Monday, Russian fighter jets razed to the ground a number of the positions of the terrorist groups in the Syrian Province of Aleppo.

The Russian airstrikes hit positions of al-Nusra Front and ISIL terrorist groups in the vicinity of Khanasser-Ithriyah road in the Southern parts of the city of Aleppo.

Reports also said the clashes continue between the Syrian troops and ISIL terrorists on the Khanasser-Ithriyah road.

The Russian air raids also hit positions of terrorists from The Levant Front or Jabhat al-Shamiyya in al-Sheikh Saeed neighborhood in Southern Aleppo and al-Sheikh Issa in the Southern countryside of Aleppo.

Russian warplanes also pounded Takfiri militants’ positions in the vicinity of the Air Force Academy in Kuweires airport in the Eastern countryside of Aleppo.