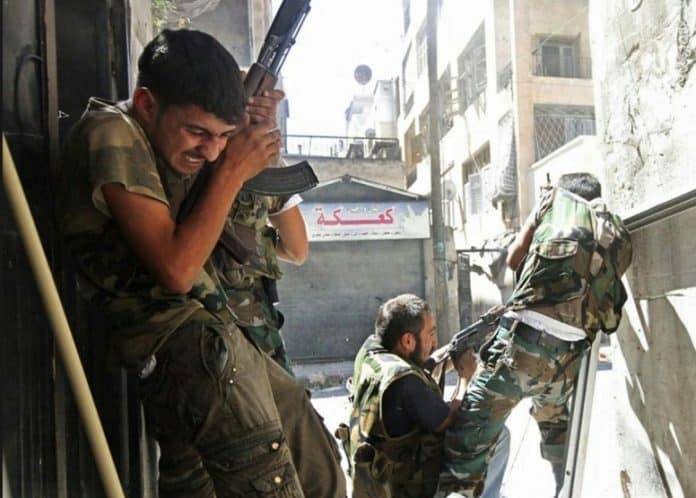 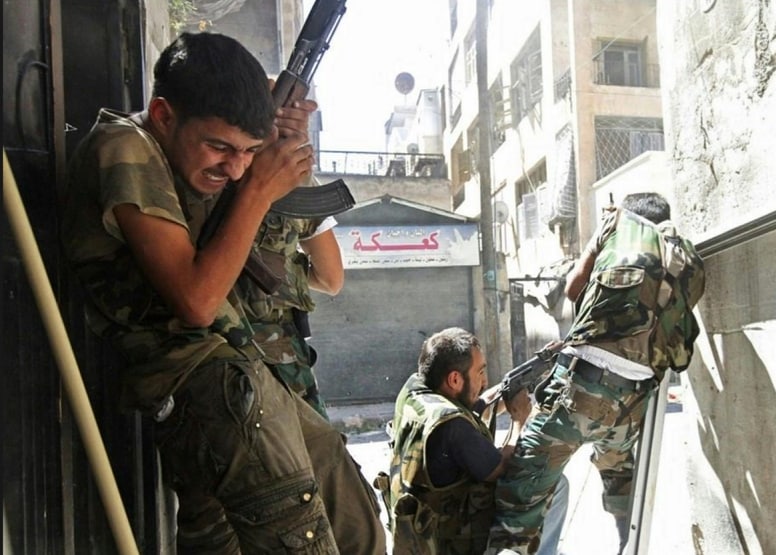 Lots of officers from Free Syrian Army (FSA) have joined Islamic State militants, one FSA commanders told RT. That’s despite the rebels’ centers repeatedly getting attacked by other extremists.

[ Editor’s Note:  There seem to be multiple talking head for the FSA, so they are obviously fractured and posing as the leaders as no one really knows who they are or who are they leaders of. After this call for talks we heard the caveat added the next day that Russia had to stop the bombing first, a rather unrealistic demand.

We see a concerted smoke and mirrors game going on here as the backers for these groups want to hide, as best their can, their connection these groups. On one day they back the group, and the next just parts of the group. Because none of this is defined specifically it means whatever they want it to mean… Jim W. Dean ]

“But lots of our officers joined Islamic State because of ideology,” Hussam Alawak, a commander of the Free Syrian army, told RT. He added that some extremists from the Islamic State’s (IS, formerly known as ISIS/ISIL) branch in Iraq come to FSA centers and “cause trouble for them.”

“They [IS] took lots of people from our army to achieve their goals of expansion, to control oil regions in Syria. They attacked us with very dense fire in the Al-Bab region [Aleppo province, northern Syria], so we had to tactically retreat to other places.”

The Free Syrian Army, what little is left of the CIA construct, is hiding in Southern Syria under Israeli protection.

According to the Alawak, FSA also hopes that Russians and Syrians “can work hand-in-hand when it comes to counter terrorism and extremism in the region.”

Russia has repeatedly said it never stopped working “either with Syrian President Bashar Assad, or with the Syrian opposition, including the Free Syrian Army.”
Russian Foreign Minister Sergey Lavrov earlier announced that Moscow is ready to provide air support, in the form of airstrikes, to help Syrian opposition forces, like the Free Syrian Army, which is fighting IS militants.

“We are ready to back the patriotic opposition, including the so-called Free Syrian Army, with our air support,” Lavrov said.

FSA forces, in turn, said on Sunday that they have sent Russia a proposal to hold talks on the Syrian crisis in Cairo, Egypt, adding that the opposition is ready for dialogue with Moscow.

“The Free Syrian Army is ready for dialogue with Russia. We need to organize a new meeting, so that we can present our position and discuss our collective actions,” one of the founders of FSA and the coordinator of National Salvation Front Fahad Al-Masri told RIA Novosti. The group, however, hasn’t yet received an answer from Moscow.

The military operation targeting positions of Islamic State militants in Syria was launched by Moscow September 30 following a formal request from Assad. In the past three days the Russian aviation group in Syria has hit 258 targets belonging to IS and Al-Nusra Front terror groups, the Defense Ministry said.