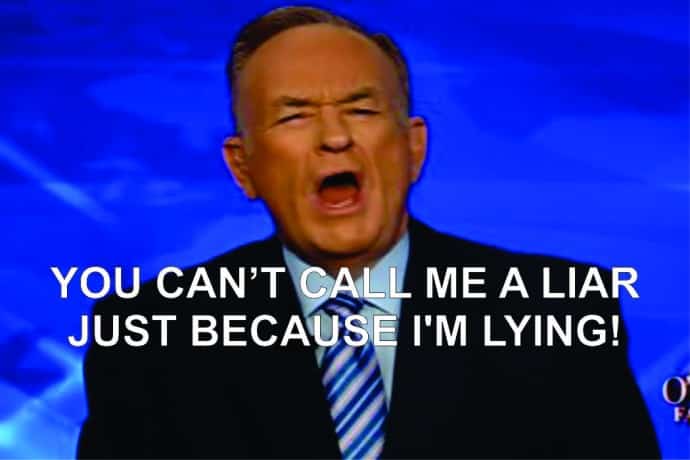 One can safely say that the common denominator between all agents of the New World Order is that they are universally against reason and are working day and night to disrupt, assault and subvert the moral, political, social, intellectual, and historical order. In order words, they want to create disorder, and many NWO agents are paid to do just that.

“We must organize the intellectuals and use them to make Western Civilization stink! Only then, after they have corrupted all its values and made life impossible, can we impose the dictatorship of the proletariat.”

Munzenberg was obviously speaking to his revolutionary brethren, who have progressively become like vultures on a roadside carcass. They are hungry and are ready to jump on any dead body. They are so hungry that they want to “fu$k an entire generation” with their diabolical work.[1]

If you fail to put your thinking cap on, if you forget to use logic and practical reason, then they will devour you in a few seconds with their perennial lies and fabrications. They have dozens of distortions and distractions out there to get people off the real thing. They have already captured a large part of our society, and they want to recruit even more people.[2]

But if you know how to use reason or if you are willing to follow the truth wherever it may lead, then you can destroy the most qualified NWO agents in town precisely because, as E. Michael Jones would have put it, these people have conformed truth to desire.[3]

“In order to apprehend truth, which is the goal of the intellectual life, one must live a moral life. One can produce intellectual product, but to the extent that one prescinds from living the moral life, that product will be more a function of internal desire—wish fulfillment, if you will—than external reality.”[4]

Another similar feature of the New World Order is that its agents will deliberately ignore serious arguments. Start to argue with an NWO agent using logical deduction and inferences to draw a central conclusion and you will find yourself in the middle of World War III. NWO agents are more interested in pursuing an ideology than the truth.

This brings us to Bill O’Reilly, who has written a number of risible books over the past two years or so.

I have previously said that O’Reilly is a quintessential NWO prostitute and whore. He is making $18 million a year and is worth $85 million. In other words, sign O’Reilly a check for a million dollars and he will say really crazy things. O’Reilly has gone to deep end over the past few weeks. He fantastically declares that Adolf Hitler “has a deep hatred for Americans.”[5] Why?

Well, Bill does not tell us. O’Reilly does not lack the historical sophistication to know that Hitler loved people like Madison Grant.

Hitler, O’Reilly continues, “fancies himself as a military strategist, despite no formal training in field tactics.”[6] Perhaps O’Reilly needs to chew on his own statement a bit to see if he himself can swallow it. If he wasn’t a military strategist, how did he end up gaining the confidence of writers, intellectuals, journalist, and even people of Jewish descent in Nazi Germany for more than ten years?[7]

In 2011, noted military historian R. H. S. Stolfi of the U.S. Naval Post-graduate School sent shockwaves across the historical spectrum with his study Hitler: Beyond Evil and Tyranny, cogently arguing that Hitler was rational in making many of his decisions and that the Holocaust establishment has irresponsibly demonized him for ideological purposes.

Stolfi declares that he has “weighted the great biographies [of Hitler] on the scales of historical reality and found them wanting…”[8] According to Stolfi, the great biographies do not ask deep questions and fail to address the metaphysical issues surrounding the evolution of Hitler and Nazi Germany. He writes,

“Virtually every literary piece written about Adolf Hitler in the more than half century since 1945 has been based on antipathy. In a seemingly boundless corpus of writing, every work from the mighty to the insignificant is fundamentally similar in its common revulsion for the man and his national movement.

“In the most recent great biography, Professor Ian Kershaw begins and ends with detestation. His work is skilled and often brilliant, but he fails to inform the reader of certain characteristics indispensable for true comprehension of the man, and he underestimates the importance of the postwar conditions inflicted by the Allies on Germany, which contributed to Hitler’s rise.

“Bullock, Fest, and Kershaw ascribe criminal features to Hitler’s foreign policy from 1933 through 1939, but they fail to correlate it realistically with the Allied imposition of the Versailles Treaty—the ultimate manifestation of German defeat and Allied victory following World War I.

“In the present situation, the reading public has been served only half a portrait of the great tyrant of the twentieth century….half a portrait of Hitler tells us little about the man as a human being and presents a distorted and incredible interpretation of his actions as creator of National Socialism and leader of Germany.

“The great biographies take excessive liberties in denigrating his person, and, in doing so, they make it difficult to comprehend him…Every single one falls short of producing an adequate understanding of Hitler as a historical person. To this point in time, the biographers have lost the biographical war.”[9]

In a review of Stolfi’s work, biographer Carl Rollyson wrote in the Star Tribune,

“Stolfi is no apologist for Hitler in the sense of minimizing his culpability for the Holocaust and the war, but the biographer wants to understand, even empathize, with the man.

“He portrays Hitler’s great personal courage during World War I as an intrepid combat soldier, and afterward as a man who personally waged war in the streets of Germany against Marxist street gangs. Stolfi quotes Thomas Mann’s reluctant admission that Hitler was an artist, and shows, in detail, Hitler’s consummate understanding of opera and architecture and how those arts shaped his view of history and modern Germany.

“Most important, however, Stolfi analyzes Hitler as a world leader of astonishing capability, a leader unlike any other politician of his time. Hitler was a messiah, wishing to create a new Germany unencumbered by the restrictions of the Versailles Treaty that crippled German politics and the country’s economy”[10]

I shook my head in dismay largely because David Irving has been saying almost the same thing in Hitler’s War. Yet to this very day the Holocaust establishment charges Irving of anti-Semitism and Holocaust denial!

Stolfi’s study, like Irving’s Hitler’s War, is an important book and it will more than likely stand the test of time. As time goes by, we are slowly seeing that courageous individuals and serious thinkers are indirectly or implicitly challenging the Holocaust establishment, which is a house built on sand.

Going back to O’Reilly. There are bits of truths in his overarching charade. He writes,

“Stalin ultimately order between fifty million and sixty million deaths, far more than his hated rival Adolf Hitler. The entire population of Great Britain is forty-seven million people. Stalin, in effect, will eventually slaughter the equivalent of every man, woman and child in Winston Churchill’s beloved homeland. He will do so without compassion or guilt, all the while living a life of luxury and debauchery in stark contrast to the rigors of the Communist lifestyle his government imposes. Yet Winston Churchill has not come to Moscow to repudiate Stalin. He has come to befriend him.”[11]

I challenge O’Reilly to expand on this very thesis in a book and argue that the West, particularly England and America, should never have made a deal with Stalin in the first place, and he will quickly be accused of anti-Semitism. This was exactly what happened to noted historian Norman Davies.

When Davies challenged the accepted views of both the Holocaust in Nazi-occupied Poland and the Stalinist regime in Soviet Union, he was ultimately denied tenure at Stanford University. His accusers were mainly Jewish historians Lucy S. Dawidowicz and Abraham Brumberg. A Stanford University article read:

“Davies’s works have been criticized at Stanford and elsewhere, by such experts as Lucy S. Dawidowicz (author of The War Against the Jews: 1933-1945) who said they felt Davies minimized historic anti-Semitism in Poland and tended to blame Polish Jews for their fate in the Holocaust.

“Davies’ supporters contend that Poles suffered as much as Jews did in the war and could have done very little to save any of the 3 million Jews living in Poland at the time of the Nazi invasion in 1939. Davies had sought $3 million in damages from the university for what he called fraud, misrepresentation, breach of contract, discrimination and defamation.”[12]

Davies eventually moved to England, where he taught history at the University of London and later became a fellow at Oxford.

Davies is not an obscure historian. His scholarly works include God’s Playground: A History of Poland (in two volumes); Europe: A History; No Simple Victory: World War II in Europe, 1939-1945; and Heart of Europe: The Past in Poland’s Present.

Yet in 2005, Davies dropped a historical bomb that has devastated the Holocaust establishment, writing a sharp critique of both the Soviet Union and Nazi Germany, which was published by the Sunday Times.

Perhaps O’Reilly should pick up the phone and give Davies a call. But it is very doubtful that he will do so because he loves Mammon more than the truth.

[2] If you want to do a little research, just go to the big cities in America and start asking people serious questions about the Middle East, and you will realize that they generally have no clue of what is going on. But if you ask them about Kylie Jenner, Kim Kardashian, Taylor Swift, Jay Z, etc., then you will find yourself in a serious discussion, where they probably would not give you time to make a comment.