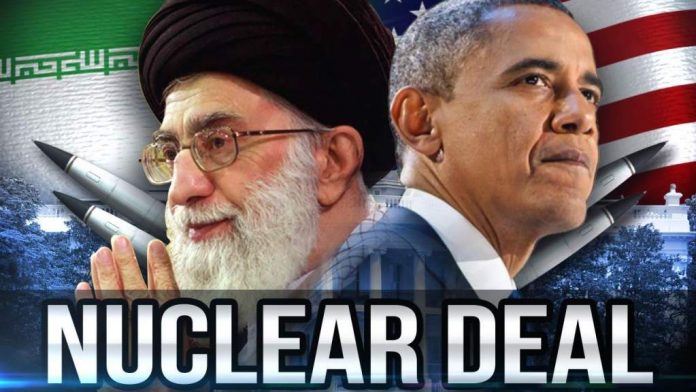 [ Note:  The Syrian-Russian War news has gotten priority in our feature section for its big footprint regarding the geopolitical changes that could come with it, depending on how it all plays out. Other stories have been pushed off the front page, such as the implementation of the Iran nuclear agreement.

In this five minute interview (a one minute lead in), we discuss that there are some potential stages to completion, as the NeoCons look to anything they can use to derail the apple cart. For example, we will be entering the swamp of how certain aspects will be interpreted — a rich area for someone trying to renegotiate the deal or wreck it.

Hence the Iranians want to close off any of those avenues, assuming they would be exploited to the fullest. The Iranians are assuming that the Americans will pull out of the deal at some point, so they want to layer themselves up with the large investments they are encouraging with the rest of the world, to have them on their side in future US sanctions wars.

The next few years will find the alternate banking and trade settlement platforms operational and other measures to blunt trade-blocking extortion. While US companies want to get into Iran, they do so at great risk, as they could become collateral damage in a NeoCon presidency anti-Iran campaign.

The next presidential administration might claim that Iran must give up its underground alien bases and their secret plasma weapons. After all, the nuke agreement proved that the Iran nuclear weapons program threat had been a hoax all along, and so far there has been zero blow back on it both politically, and the Intelligence and military factions that lied to their citizens over a long period of time, which someone like me would describe as a surrender of sorts… JD ]

Ayatollah Seyyed Ali Khamenei has warned that any statement regarding keeping anti- Iran sanctions under any pretext is a violation of the nuclear deal.

The Leader also noted that modernization of the Arak nuclear reactor and enriched uranium transactions should start only after the closure of Iran’s case regarding its past nuclear activities. The Leader also said the US behavior in the course of nuclear talks showed its animosity towards Iran.