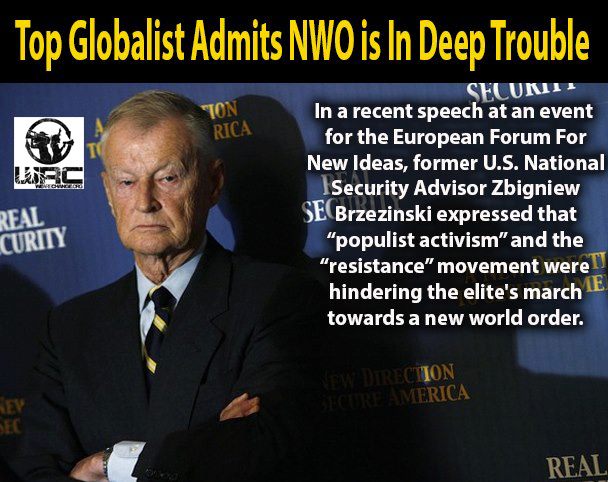 If you have not read Hegel’s Lectures on the Philosophy of World History and his idea of “the cunning of reason” in light of current events in the Middle East, perhaps it is time to do so. Hegel argues that there is a “divine and absolute reason” that governs this world.[1]

Hegel’s cunning of reason is basically a “term for a hidden dynamic or dialectic which sums the consequences of actions in ways unforeseen by the actors.”[2]

To use the term in a modern context, New World Order agents thought that victory was within grasp when they started supporting the Syrian rebels/terrorists and ISIS, but things are changing at an astronomical rate. Things are working against them at this present moment. Surely they did not expect this heavy blowback.

Carnal men simply do not have the insight to see this “cunning of reason” because they are blinded by materialism and “scienticism,” which basically says that nature is all there is or ever will be, and that man is just a bunch of chemicals and DNA.

Yet this materialistic worldview comes to an abrupt end when one takes a serious look at logical and mathematical truths, metaphysical truths, moral and ethical truths such as the concept of freewill.[3]

Over the past five years or so, I have read numerous intellectual mush-heads such as Daniel Dennett and Sam Harris promiscuously arguing that they do not have freewill. How did they freely come to that conclusion? Well, that still remains a mystery. And if they have no freewill and are therefore robots, as Dennett perpetually argues, should a rational and moral person spend time responding to their perversion?

Materialism also proposes the view that this world was an accident and has absolutely no purpose and no design. In the words of Richard Dawkins:

“The universe observe has precisely the properties we should expect if there is, at bottom, no design, no purpose, no evil and no good, nothing but blind, pitiless indifference.”[4]

If the universe has no purpose, at least the sentence above has purpose and meaning! Dawkins is obviously no friend of philosophy, but perhaps he needs to start reading Jean Paul Sartre’s Nausea and see how Sartre came to a dead end as well. To assert that the statement the world of meaning and value is an illusion is a meaningful statement in and of itself is to make the sentence self-destructive.

Claiming that everything in the world is an illusion makes such a claim worthless, for both the words and the person who spoke them are merely illusion as well. There are other arguments we could marshal to destroy Dawkins’ materialistic worldview here, but since he is an illusion, why should we spend more time debunking him?

In contrast to the materialistic worldview, Hegel proposes something else. This world, he says, “is not prey to chance and external, contingent causes, but is governed by providence.” He moves on to say that “the world’s events are controlled by a providence, indeed by divine providence,” and this “divine providence is wisdom, coupled with infinite power, which realizes its ends, i.e., the absolute and rational design of the world…”[5]

In The Fellowship of the Ring, R. R. Tolkien has indirectly made reference to this “divine and absolute reason” which governs world affairs and which has a way of working itself out in history and world events. When Frodo realizes that Middle Earth is in an eternal and cosmic war against an enemy who wants nothing less but the extinction of the human race, he laments:

“I wish it need not have happened in my time.”

Gandalf, who is wiser than the lad, responds:

“So do I and so do all who live to see such times. But that is not for them to decide. All we have to decide is what to do with the time that is given us.”[6]

Frodo, who was simply an obscure young boy, ended up playing an influential role in defeating Sauron, the enemy of Middle East. Frodo himself didn’t plan on playing a major role. Hegel would have certainly called this the cunning of reason.

This cunning of reason has come back with a vengeance. Vladimir Putin has recently shown us that one country can make a difference. One country can challenge the New World Order, which feasts on lies, corruptions, covert operations, and complete fabrications.

NWO agents are already freaking out,[7] and since “The terrorists have lost over 35 percent of their militants,” NWO agents need more lies to propound their diabolical ideology.

More importantly, people are beginning to wake up. Even former French President Nicolas Sarkozy, of all people, have come out and declared his support for Putin. “Without Russia, one cannot meet the great challenges of this world,” he said. He moved on to add that Putin is “more positive than negative, despite our differences.”

There is more. Congresswoman Tulsi Gabbard, though not entirely right, has also provided a devastating critique of New World Order agents in Syria. Listen to this:

Things like that obviously do not make NWO agents comfortable. They have recently come up with a genius attack on Russian forces in Syria. Russian forces, they tell us, are targeting civilians! No kidding! In response to this crazy accusation, Russian Defense Ministry deputy head Anatoly Antonov said:

“Today we invited military attaches from the US, Great Britain, France, Germany, Italy, Saudi Arabia, Turkey and the NATO bloc to ask them to give official validation to their statements, or make a rebuttal.”[8]

In logic, lies and fabrications are signs of failed arguments. Since NWO agents produce lies to marshal their diabolical plan, one can conclude that it is an infallible sign that they are failing miserably and pathetically.

[5] Hegel, Lectures on the Philosophy of World History, 35.