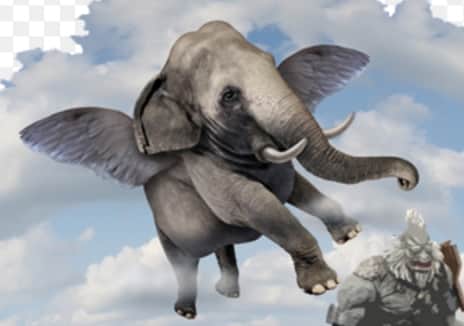 Seems amazing…then again, who wants to think about being sprayed with even more sinister pesticides than most bugs? Anyone cozy with thinking Stratospheric Aerosol Geoengineering (“chemtrails”) are simple water vapor (contrails), and brave enough to face potentially hazardous elevation of, primarily, aluminum and barium in their body…submit a hair sample for analysis. Micrograms of awareness are worth more than all the denial in the world. [1]

Even pricey billboards are shouting: Save Life on Earth!

Considerable wealth urging folks to look up at the doom in their room is fairly amazing—even encouraging, considering the Deep State’s covert war on  public awareness and critical thinking. Dumbing-down of Americans is perhaps the most successful federal program of all time—we have a whole sky full of evidence.

Overt War On Terror (while creating and funding such as ISIS) [3], War On Drugs (while global narcotic trade funds so many Deep-State “Black Ops”—our own CIA ruling as the planet’s  #1 drug kingpin) [4]…such amazing hypocrisy would seem intolerable to any public still armed with critical thinking and awareness.

How could so many people be so blinded? Same way, perhaps, as purveyors of “freedom and democracy” get away with creating and funding chaos, instability, and endless war? How many folks are aware that “ISIS” (etc., etc.) are our babies?

Denial is a nasty infection. And when folks have been blinded into not even wondering what in hell elephants are doing in the sky…nasty to say the least, even terminal.

“Elephant in the room”…something obvious yet ignored; common metaphor seeming epitomized by public apathy regarding SAG.  Chemtrails and chembombs diddled with ionospheric heaters are rampaging elephants in Earth’s atmosphere, our room.

Gorgeous blue bubble still alive amid a life vacuum, fragile as any bubble protecting life from the immaculate hostility of space. Humanity’s room, the heaven we call the sky. Normal folks are naturally impeded by conscience—impeded by their humanity from comprehending such purity of evil as attacking Earth’s life-support systems for the power of controlling the weather. [6] And it goes so far beyond simply controlling who gets rain, and who gets the California treatment.

Power Satanic enough to extinguish life on Earth is sexy? Psychopaths making death more popular than life—who could have imagined zombies being sexy? Welcome to nuances of The New World Order.

Plans thousands of years old are climaxing right now. Look at the sky—especially if you live in the West, and it might rain. “Owning the weather by 2025″ is a well-documented goal arrived a decade early.

As with anything that might be financialized, weather has become a derivative to bet on in the casino called, Wall Street. But as with virtually everything else in the world of derivatives  the weather is rigged. There really are no markets anymore, only interventions. Check out paper-pricing of gold and silver. When supply-and-demand dynamics are crushed by interventions protecting Ponzi scheme currency (dollars and other debt instruments) from wealth that cannot be printed, the whole fiat (let it be so) fiasco of paper wealth gets naked and ugly.

When warriors in the War On Terror are actually the premier creators of AND premier demonizer of terrorists—heads out of the sand.

When warriors in the War On Drugs are actually the premier drug kingpins, heads up!

When SAG fills the sky with…

…fills the sky with anything they want to fill the sky with—anything!—seems like time for a renaissance of awareness and critical thinking?

Perhaps the most amazing dynamic of all: such a microscopic cabal of psychopaths controlling the whole of humanity. We outnumber deep-state demons hundreds of millions to one, yet demonic pursuit of power and control trumps life on Earth?

The psychopathic cabal can hardly be blamed for doing the only thing they know. It’s people that know evil when they see it, yet simply watch—that seems most amazing of all. So many people under the spell of so few.  And if you consider SAG weather manipulation, something down home and earthy as “how’s the weather”—something so hard to deny right over our heads…imagine true depth of  Deep State’s reach.

We have overwhelming power of numbers latent and running on fumes when it comes to truth, awareness and focus. Fast as the flick of the lever of truth, we could flush the High Cabal. They are not  hundreds of millions times smarter than us, but have cornered the market on faith.

“In a time of universal deceit – telling the truth is a revolutionary act.”

Wouldn’t it be amazing if truth suddenly became as popular as zombies?

The antidote to the humanity-crushing New World Order, is truth. Are we brave enough to face truth? Or will The New World Order teach humanity a lesson from which it might never recover?