Home Life Fred Thompson, actor and senator who ran for president, dies at 73 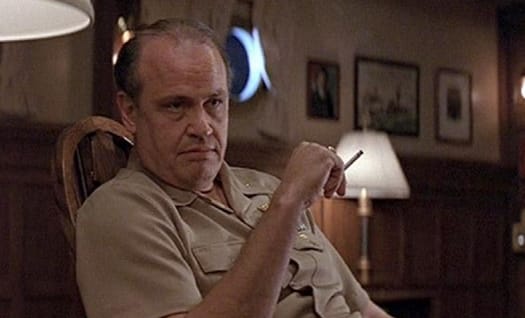 Fred Thompson, an actor who became a US senator from Tennessee and ran for the presidency in 2008, has died. He was 73.

A statement from the Thompson family said: “It is with a heavy heart and a deep sense of grief that we share the passing of our brother, husband, father, and grandfather who died peacefully in Nashville surrounded by his family.”

The statement, which the Tennessean newspaper reported said Thompson died from a recurrence of lymphoma, added: “Fred believed that the greatness of our nation was defined by the hard work, faith, and honesty of its people.

“He had an enduring belief in the exceptionalism of our country, and that America could provide the opportunity for any boy or girl, in any corner of our country, to succeed in life.”

An attorney who worked on the Watergate hearings, Thompson became a successful character actor after playing himself in the 1985 film Marie, based on a case in which he represented a whistleblower who exposed corruption in the government of Tennessee. He went on to star in the TV series Law and Order.

He played a fictional president in Last Best Chance and real-life president Ulysses S Grant in a TV movie, Bury My Heart at Wounded Knee. He provided the voice of another occupant of the White House, Andrew Jackson, in Rachel and Andrew Jackson: A Love Story. In the 1993 Clint Eastwood hit In the Line of Fire, he played a White House chief of staff.

Thompson entered politics in 1994, when he was elected to fill the remainder of the Senate term vacated by the then vice-president, Al Gore. He won re-election and represented Tennessee as a Republican until the 2002 elections, in which he chose not to run.

In 2007, he took a break from acting to run for the Republican nomination for president. Unable to gain purchase in the primary race eventually won by the Arizona Senator John McCain, he dropped out in late January 2008.