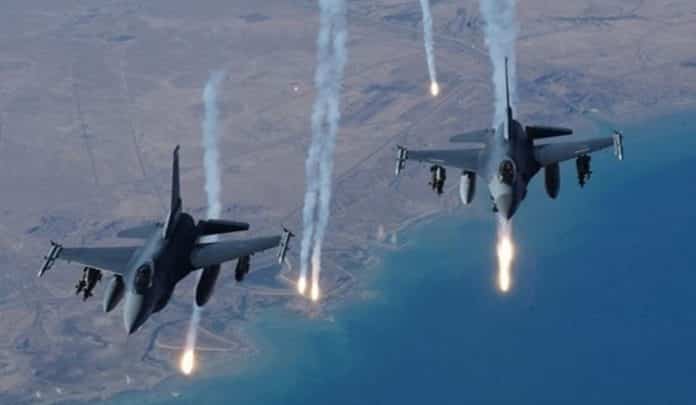 TEHRAN (FNA) – The US fighter jets pounded the gathering of a group of ISIL leaders who sought to break allegiance with Abu Bakr al-Baghdadi, the terrorist group’s main ringleader, a move many pundits and experts call surprising while others call suspicious.


Twenty seven ISIL field commanders who had expressed increasing differences with al-Baghdadi during the past few months had gathered in ISIL’s No. 11 Command Center in Raqqa, Northern Syria, a few days ago to consult on breaking their allegiance with the ISIL ringleader but were all killed in a bomb attack by US fighters jets.

The only survivor was on the run to Sad al-Ba’ath fortification, but he was also hunted by the US fighter jets. The bomb raid on ISIL’s dissident commanders has surprised many as the move reinvigorates Baghdadi’s position in the terrorist organization by weakening opponents.

The US which is pounding some parts of Iraq and Syria under the pretext of fighting against the ISIL has been reportedly helping the terrorist group by intelligence and logistics aid.

A senior Iraqi intelligence official revealed in August that the US helicopters dropped weapons and other aids for the ISIL terrorists in the Western province of al-Anbar.

“The fighters present at the forefront of fighting against the ISIL always see US helicopters flying over the ISIL-controlled areas and dropping weapons and urgent aids for them,” the official who called for anonymity told FNA.

He added that in addition to dropping aids, the helicopters transfer the ISIL ringleaders and wounded members from the battleground to some hospitals in Syria or other countries which support the terrorist group.

The official cautioned that such assistance further prolongs the conflicts in Anbar, adding that when the Iraqi army and popular forces purge the terrorists from Anbar province, the US helicopters will transfer the ISIL ringleaders to other regions to prevent the Iraqi forces’ access to ISIL secrets.

In a relevant development in March, a group of Iraqi popular forces known as Al-Hashad Al-Shabi shot down the US Army helicopter that was carrying weapons for the ISIL in the Western parts of Al-Baqdadi region in Al-Anbar province.

Also in February, a senior lawmaker disclosed that Iraq’s army had shot down two British planes as they were carrying weapons for the ISIL terrorists in Al-Anbar province.