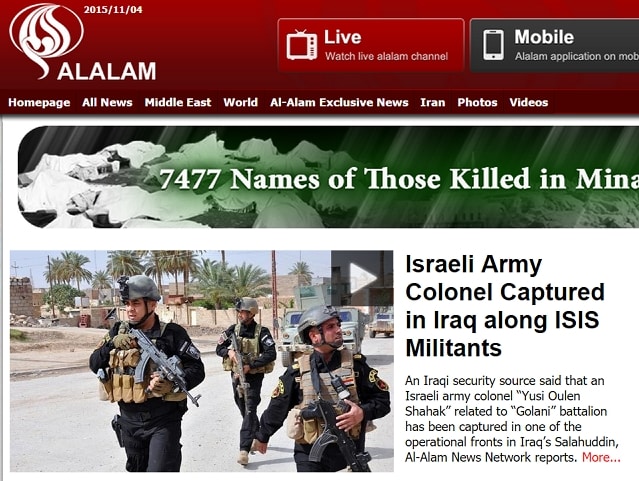 Israeli Army Colonel Captured in Iraq along ISIS Militants
An Iraqi security source said that an Israeli army colonel “Yusi Oulen Shahak” related to “Golani” battalion has been captured in one of the operational fronts in Iraq’s Salahuddin, Al-Alam News Network reports.

According to Al-Alam News Network, Iraqi security sources confirmed that the Israeli army colonel is named “Yusi Oulen Shahak” who is a member of the “Golani” battalion.

According to this reports, a number of extremist elements of the terrorist group ISIS/ISIL along the Israeli army colonel have been arrested in one of the operational fronts in Salahuddin in Iraq.

According to this reports, Iraqi security forces are interrogating him about his relationship with the ISIS militants.