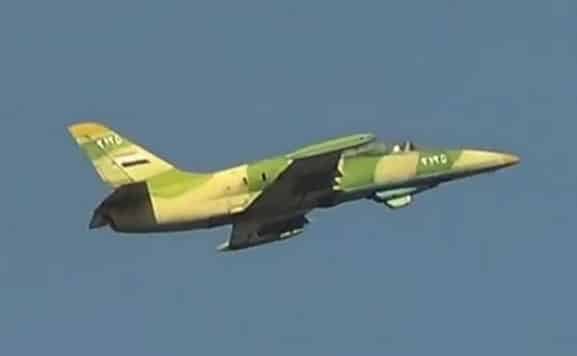 TEHRAN (FNA)- The Russian air force targeted militants’ positions in Al-Qalamoun mountainous region in the Southern parts of Syria, near the Lebanese border, for the first time since it began its air campaign against the Takfiri terrorists in late September.

In a series of precision-striking operations, the Russian fighter jets hit the terrorists’ positions in Al-Jbal and Al-Batra regions in Eastern Qalamoun region in the Damascus countryside near the border with Lebanon.

The airstrikes destroyed the positions, facilities and command posts of the militants in the area.

Tens of terrorists were killed and dozens more injured in the Russian air force operations in Eastern Qalamoun region.

On October 27, the Russian air force hit rebel positions in Southern Syria, near the Golan Heights, for the first time since the start of its operations in Syria.

The Russian airstrikes targeted positions of the ISIL and al-Nusra Front in the Golan Heights in Quneitra province near the border with Israel.

A wide range of missiles and bombs equipped with advanced guidance systems are currently being used by Russia in its air campaign against terrorists in Syria.

The concrete-piercing BETAB-500 bombs are equipped with a jet booster, which allows the bombs to completely destroy any underground installation.

Also, the Russian warplanes pounded the terrorists’ positions in the Golan Heights for a second time a week later.

TEHRAN (FNA)- The Syrian Army and Hezbollah fighters, in a joint operation on Wednesday, stormed the positions of ISIL militants across the vitally strategic road connecting Hama’s Ithriya to Aleppo’s Khanasser and seized its full control, field sources said Wednesday.

The sources said that the Ithriya-Khanasser road in now under the full control of the government forces.

“After fierce clashes with ISIL Takfiri terrorists, the Syrian government forces have brought the Aleppo-Ithriya-Khanasser-Al-Salamiyah highway under their full control. Dozens of militants were killed and now minesweepers have started to demine expolosive devices,” one of the battlefield sources said.

Army commanders said the road will open to public trafficking on Thursday.

The road was one of the most important supplying routes of the ISIL militants to dispatch logistic convoys from Hama to Aleppo.

The Syrian army and the Lebanese Hezbollah fighters launched a large-scale attack on ISIL positions along the road on Saturday, and inflicted heavy losses on the militants.

In the Saturday operations, the Syrian army seized control over a 10-kilometer segment of the highway after heavy clashes with the ISIL.

The operation continued this week and the Syrian Army and Hezbollah forces killed and wounded at least 15 Takfiri terrorists on Tuesday.

The Syrian army also regained control of Hill Number 11 on the strategic road after heavy clashes with the terrorists yesterday.

TEHRAN (FNA)- ISIL centers in the surrounding areas of al-Sha’er oilfield in the Central Homs province were targeted by the Syrian fighter jets on Wednesday, army sources said.

The army said that following a new plan to protect the country’s natural resources form the terrorist groups’ access, the Syrian Air Force carried out several sorties over the ISIL gatherings and targeted them with many bombs and missiles near al-Sha’er oilfield.

The sources further added that the ISIL stronghold also came under the massive attacks of the Syrian fighter jets in Maheen and al-Qaryatain.

On Tuesday, the Syrian army alongside Hezbollah fighters stormed ISIL’s positions near Aqayrbat town and retook full control over a rich oilfield and its facilities after killing and wounding scores of the militants.

The sources said that the ISIL Takfiri terrorists withdraw from the oilfield and its surroundings in al-Salamiyah after suffering heavy casualties as a result of the army and Hezbollah’s joint operation.