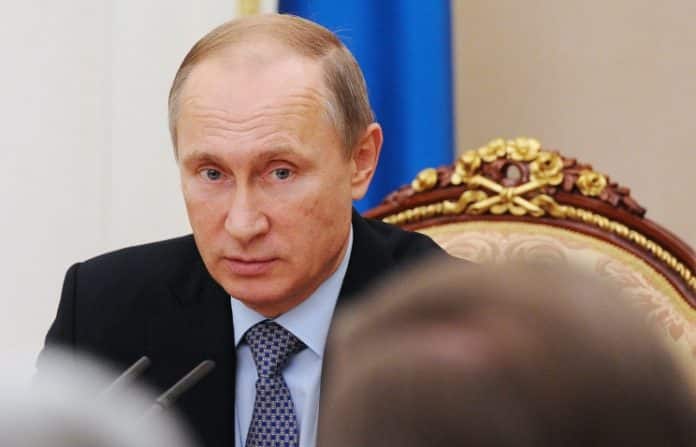 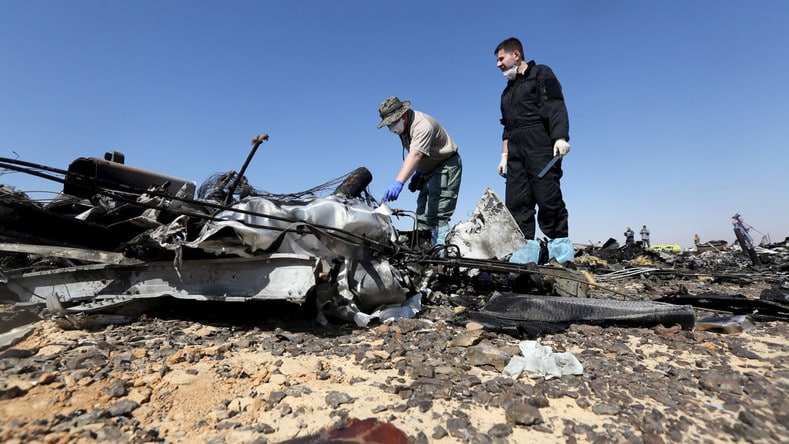 [ Editor’s note:  Our process of elimination work on the Russian plane crash is being confirmed. The explosives testing has not been finished nor the cockpit voice recorders released to tell us if there are a few milliseconds of bomb explosion audio on the tape, something the Egyptians knew after having the recorders for 24 hours but are sitting on.

There is not a long list of possibilities on the causes, so once the technical malfunction and a missile strike options were generally determined to be long odds, that left an on board bombing as the mostly likely cause by far. The poor reputation in the Intel community for Egyptian security due to foreign Intelligence penetration and history of routine bribes quickly entered the internet coverage.

But then we had the Brits cancelling all flights to the Red Sea due to “security concerns” and their not being willing to share that Intel with Russia. So we quickly had Russia banning all flights to Egypt, and then Obama releasing a statement of a bomb being the most likely cause, following the previous day of US official leaks pointing in that direction.

As a cherry on top we have the surprise, surprise…mention of ISIL as the most likely suspect, thus giving a strong whiff of the current coverage being stage managed. Not a single media outlet other than VT has mentioned a word as to any of the terrorist supporting countries who were attendees of the Vienna meeting being obvious suspects as punishment for the Russian wrecking of their plans to get the Saudi/Qatar pipeline through northern Syria and on to Europe.

The Russian anti-terrorism combat success is getting us closer to an end result with a unified Syria still standing with the independence to choose an Iranian, Iraq pipeline through northern Syria to Europe has only been in the alternative media.

Defeating this end result is the Saudis’ top foreign and economic policy goal, which has been slipping through their fingers the last six weeks. So we were not surprised when we were leaked that the Russians have already fingered the Saudis, but are unlikely to say so publicly.

The ISIL video, as we suspected early on, was part of the diversion cover, as was the phony Egyptian air traffic controller report of the pilot radioing he was having technical difficulties and wanting to land in Cairo, and then radio problems, where all of that was denied by official Egyptian statements late in the day. The plot is going to thicken on this quickly…Jim W. Dean ]

MOSCOW, November 6. /TASS/. Russian President Vladimir Putin has agreed with Interstate Aviation Committee recommendations to suspend air links with Egypt until the causes of the A321 plane crash have been identified, presidential press-secretary Dmitry Peskov has told the media.

He said the director of the federal security service FSB Aleksandr Bortnikov had briefed the president on these recommendations after an IAC meeting. “The head of state agreed,” Peskov said.

“Putin has instructed the government to look into the mechanisms of implementing these IAC recommendations and ensure the return home of Russian citizens,” he said.

Besides, Putin asked to establish cooperation with Egypt for ensuring the safety of air links, he added.

An A321 passenger jet of Russia’s Kogalymavia airlines crashed en route from Sharm el-Sheikh over the Sinai Peninsula on October 31, killing 217 passengers and seven crew. There were no survivors.

Over several days three countries – Ireland, Britain and the Netherlands – have suspended flights to Sharm el-Sheikh on the suspicion the A321 jet crashed after a bomb explosion on board. There have been no official confirmations of that so far. Russia’s forensic examinations centre earlier said that Russian and Egyptian experts examined the passengers’ bodies to find no traces of a bomb impact so far.

CBSnews.com reported earlier that US President Barack Obama believed it was possible that a terrorist attack could be the cause of the Russian passenger aircraft’s tragedy.

“I think there is a possibility that there was a bomb on board,” President Obama was quoted as saying by CBS. “And we’re taking that very seriously.”