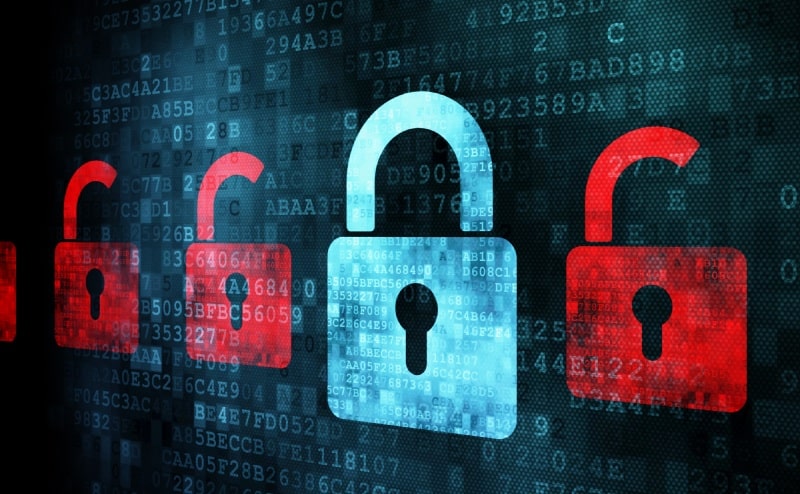 Lord Mendelsohn: We welcome the appointment of the former British ambassador to Israel, Matthew Gould, who will have a key role in cybersecurity inside the Cabinet Office — a very useful and important position.

Sure enough, the UK Government’s website confirms that Gould is now Director of Cyber Security and Information Assurance at the Cabinet Office. “He and his team are focused on keeping Britain safe from cyber attack, through delivering the UK’s Cyber Security Strategy.”

They must think we have very short memories. Gould was the first Jew ever to hold the post of Britain’s ambassador to Israel. He describes himself as a “passionate” Zionist and whilst in Tel Aviv was instrumental in setting up the UK-Israel Tech Hub. In the words of MATIMOP (the Israeli Industry Center for R&D), the Hub was established “to promote partnerships in technology and innovation between Israel and the UK, and is the first initiative of its kind for the British Government and for an embassy in Israel. The Hub’s creation followed an agreement between Prime Ministers David Cameron and Benjamin Netanyahu to build a UK-Israel partnership in technology.”

Three years ago Cameron appointed venture capitalist Saul Klein as the UK Tech Envoy to Israel with the task of promoting the partnership, leading UK tech missions to Israel, bringing Israeli start-ups to Britain, and hosting tech events in both countries.

MATIMOP quotes Britain’s National Health Service as an example of successful UK-Israel tech collaboration. The NHS “has now formed strong collaborations with Israeli life sciences companies conducting clinical trials in the UK. The cooperation was made as part of the burgeoning partnership between Israel and Britain’s life sciences industries initiated by the UK-Israel Tech Hub.”

Four years ago Craig Murray, a former UK ambassador to Uzbekistan, argued that British policy was being driven in an underhanded fashion by the Israel lobby. He linked Gould with the Fox-Werritty scandal and raised questions about meetings between disgraced former Defense Minister Liam Fox and Fox’s friend/adviser Adam Werritty (who was backed financially by Israel lobbyists but had no security clearance and therefore no authorized role) and Gould.

Murray wrote to Gould asking when he first met Werritty, how many times he had met him, and how many communications of every kind had passed between them. He was told these questions would be answered in Cabinet Secretary O’Donnell’s investigation. “But Gus O’Donnell’s report answered none of these questions,” wrote Murray. “It only mentioned two meetings at which Fox, Gould and Werritty were all three present…”

This prompted Murray to dig further. “There were at least six Fox-Werritty-Gould meetings, not the two given by O’Donnell…. Matthew Gould was the only British Ambassador who Fox and Werrity met together. They met him six times. Why?”

Murray, with many useful sources from his days as an ambassador, claimed to have serious evidence connecting Gould with a secret plan to attack Iran, but the Foreign Office and the Cabinet Secretary blocked questions. Murray published his story ‘Matthew Gould and the plot to attack Iran’ here.

In it he pointed out that “Matthew Gould does not see his race or religion as irrelevant. He has chosen to give numerous interviews to both British and Israeli media on the subject of being a Jewish ambassador, and has been at pains to be photographed by the Israeli media participating in Jewish religious festivals. Israeli newspaper Haaretz described him as ‘Not just an ambassador who is Jewish, but a Jewish ambassador’. That rather peculiar phrase appears directly to indicate that the potential conflict of interest for a British ambassador in Israel has indeed arisen.”

He went on to say that Gould stood suspected of long term participation with Fox and Werritty “in a scheme to forward war with Iran, in cooperation with Israel”. The stonewalling by O’Donnell and the FCO led Murray to conclude that “something very important is being hidden right at the heart of government”.

Labour MP Paul Flynn remarked that no previous ambassadors to Israel had been Jewish so as to avoid conflict of interest and accusations of going native. He immediately came under intense flak. Flynn too asked about meetings between Werritty and Gould, as some reports suggested that Gould, Werritty and Fox discussed a potential military strike on Iran with Mossad. “I do not normally fall for conspiracy theories,” said Flynn, “but the ambassador has proclaimed himself to be a Zionist and he has previously served in Iran.”

Fox had earlier made the idiotic claim: “Israel’s enemies are our enemies” and “in the battle for the values that we stand for… Israel’s enemies are our enemies and this is a battle in which we all stand together”. The Jewish Chronicle hailed him as “a champion of Israel within the government”. Furthermore Fox continually rattled the sabre against Iran which, of course, was no threat to Britain but is regarded by Israel as a bitter enemy. Iraq too was Israel’s enemy, not ours. Yet Fox, according to the theyworkforyou.com, voted “very strongly” for the Iraq war. He was also an enthusiastic supporter of the war in Afghanistan.

Given that Fox so eagerly waved the flag of a foreign military power and was a man with dangerous beliefs and demonstrably weak judgement, how could those who appointed him not see that he was unemployable as a Minister of the British Crown – unless they were similarly tainted?

When the Werrity relationship came to light Fox jumped before being flung from the battlements. But the good people of North Somerset, in their wisdom, re-elected him at the general election last May. He’s already on the road to political rehabilitation among the Conservative high command.

Gould’s new job as head of The Office of Cyber Security & Information Assurance (OCSIA) involves giving strategic direction to cyber security and information assurance for the UK. This includes e-crime, working with private sector partners on exchanging information, and engaging with international partners in improving the security of cyberspace and information security. Does it seem right for such a person to be in charge of crucial security matters at the heart of our government? What was in fellow Zionist David Cameron’s mind when he appointed him?

This builds on existing UK-Israel cooperation. Both parties signed a Memorandum of Understanding on digital co-operation in March 2014.

Still sitting comfortably? Only this week the Cameron government was lecturing us on threats to national security and announcing plans to trawl through our personal emails and web browsers in order to “keep us safe”. Question is, who trawls Gould’s private emails?