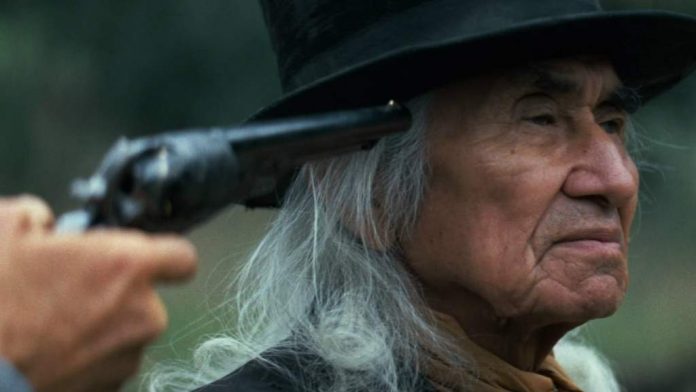 “Now remember, when things look bad and it looks like you’re not gonna make it, then you gotta get mean, I mean plumb, mad-dog mean. ‘Cause if you lose your head and you give up, then you neither live nor win. That’s just the way it is.” ~ from the movie  The Outlaw Josey Wales, Clint Eastwood

The worm has turned on State-sponsored terrorism. Those who planned to use large scale throwaway terrorist military formations as the regime-change tactic of this century may be watching their new toy going down in flames.

Russia’s intervention has turned the tide, and a big surprise it was for the whole world. We are all waiting to see if the flight recorders and explosives testing confirm either a bombing or catastrophic mechanical failure.

If it turns out to have been a bombing, all eyes will be turned on the Israelis and US-coalition terrorist brigades, who are getting some of their own medicine, to see who among them would slaughter a plane load of vacationers to send a message to Moscow. Or it might be easier to ask “Who wouldn’t?”

The plan to use large proxy terror as a regime change tool was a carryover of the Cold War. The modern version was fleshed out by a group of depraved people, who figured out that American ground troops coming home in body bags from conflicts where there was no clear threat would trigger public opposition.

The targeted regimes of today rarely pose a threat, anyway. The proof of that lies in the fact that the US threat definition has been expanded into including anyone who can defend themselves by retaliating to a preemptive attack.

If suitable threats could be manufactured, via false flag attacks or massive psychological operations, as we saw Bush and Cheney do with Iran, there still remained public resistance to the cost of modern war during big budget deficits.

But if you removed a big hunk of the cost by getting rich Gulf States pay the tab, then the public would have less concern about our Founding Fathers’ warning of foreign adventures. “War on the cheap” by using military unit terrorists has now become a plague upon us.

The dead Jihadis get no life insurance, no widows’ pensions and college for the kids, and those injured badly do not add to the VA overload, nor the disability pensions pile. And for replacements, there is an endless supply of dead end, unemployed Muslim bachelors with inferiority complexes looking for an escape, not to mention the exotic allure of temporary marriages, slave women and children.

Russia and Eurasia in the Western cross hairs

The Russians certainly saw themselves in the crosshairs of this evil empire game. They had an initial taste of it with the Balkans wars, where NATO and General Wesley Clark used Ziggy Brzezinski’s strategy of Muslim insurgents as proxy troops against Russia’s old Serbian ally.

The Muslims were already taking head trophies back then, as in taking them home, but the Western press censored any mention of it. Veterans Today only learned about this in 2012, from a group of Serbian retired generals who became VT’s Balkans correspondents, and who showed us the shocking photos, and lots of them. And yes, we published them.

Next came the Chechen war, which spawned major terror attacks and set the stage for what was to come, such as live mini-nuke testings disguised as “truck bombs”, the kind where seismometers once registered a 5000-ton blast; and mass media ducked asking how a truck could carry that.

We know now that all was backed by Western Intel, with Saudi Arabian funding as the beginning of using large-scale terror to destabilize even large countries.

Russia has carried the memories of the Afghanistan war for many years, and has denied the West’s and NATO’s attempts to bait it into foreign military involvements that could be used to validate bogus claims of a new imperial Russia emerging.

Something happened to get Putin over that hump, and I am seeing now that he may have taken the age-old route of choosing the lesser of two evils. All the Intel agencies know who has been supporting the terror brigades in Syria and Iraq.

All international institutions have been useless to address state-sponsored terrorism of this scale. No white knight was waiting in the wings to save the day. Russia had to do something to change the game, not only for Syria, but all of us.

The clues came from the early pre-UN speeches, where the “legality” issue was mentioned over and over, that all anti-terrorism efforts should be done legally and preferably under the UN.

I saw that was designed to shine the spotlight on the illegal actors, like the US and Gulf States. The ace up Putin’s sleeve was that it was perfectly legal for Syria to invite Russian forces in help fight the terrorists. He owns the high legal ground now.

A “Big Tent” anti-terrorism option gets rolled out

The planning for these moves took months, and Russia was not alone. The announcement of the new Intel sharing group in Baghdad was rolled out at the right time, along with an invitation to one and all to come join the new group’s efforts. The West was caught flat-footed.

I know NEO readers have followed the combat actions closely. I want to focus what the future might bring with the marriage of combined operations and high technology, where a handful of the major targeted countries joining forces can stop the Western, Israeli and Gulf State terror wars on the current battlefield — with the whole world cheering.

Veterans Today got a peek at some of the preparation during our mid-September briefings trip to Damascus at the invitation of the Minister of Justice. One of the most interesting briefings we received was the ISIL order of battle, down to every commander’s name, location and responsibility.

We are seeing the results of that in the field, as the Russian-Syrian-Iranian campaign is not only killing terrorist commanders in large numbers, but publishing their names quickly.

You cannot beat state-sponsored terrorism without this kind of effort, which the current terror backers never anticipated. It really has them sweating.

Will we see a Eurasian version of NATO emerge against Western terror?

Who would have thought a few weeks before the last UN meeting that we would be sitting here with Israel being denied its decades old, at-will invasions of Syrian airspace?

We have seen FSA forces being pushed out of a long-held Golan Heights base, with no intervention by the Israeli Air Force or shelling by the IDF in their support.

Before that, we had the two Israeli planes flying up the coast toward Latakia advised that it would be unwise for their health to continue, and they turned around. This all took place while discussing a trade agreement with Russia.

Who would have thought that the only undeclared number of aircraft in the operation would be how many top of the line air superiority fighters Russia had in Syria? We have seen the US/NATO/EU smear campaign fail miserably, and this will have lasting results.

Who would have thought we would find an Iranian army brigade, tanks and all (the videos are on YouTube), who were there legally by invitation on the southeastern flank of Aleppo, and who were engaged in combat that has killed almost a dozen ISIL commanders so far?

This is a combined operation force. By the time Syria is cleaned up, I think the ISIL terrorists in Iraq will be next, with the ISIL survivors running off to Qatar and Saudi Arabia. When the dust finally settles, we will have the most trained and field-proven counter terrorism military force on the planet, with no contribution from China or India yet.

We are seeing an anti-regime change, counter terrorism force being born under legal auspices, which is not going to put up with what the Western democracy hoodlums and Arabian chieftains have dished out. If the new Vienna talks get dragged out with attempts to take Assad down while he is winning, then that just gives the new terrorism coalition time to destroy the Western and Gulf State’s terrorist army.

Will Assad demand the Saudi royal family goes if he must go?

The Iraqis are now in Ramadi and have told the US that no Special Operations forces are wanted in Iraq. Will the US deploy them illegally? And if so, will Iraq then invite the 3000 American advisers to leave, and be replaced by their new coalition partners?

Kerry and the Pentagon are no dummies. They know that if a ceasefire for the small non-terrorist opposition goes in place, that their al-Nusra proxies are not going to be included.

As I type, we hear reports of al-Nusra joining ISIL, which will simplify targeting. That will put Turkey on the spot as having been a big supplier for al-Nusra.

I can’t imagine a ceasefire negotiation being included without an agreement to cut off all military and financial support to those terror groups remaining on the field, including the US coalition ones.

The Saudi Foreign minister looked silly claiming there can be no peace with Assad as president, when we have the royal family moving 1000 ISIL fighters to Yemen, with another 1000 in an African brigade, for what he claims to be the last stage of the push to Sana.

Someone may soon demand that the Saudi royal family must be removed before there can be peace, which might be a good idea. There would be no shortage of Saudis ready and willing to take its place, but the question would remain, would they be any better?