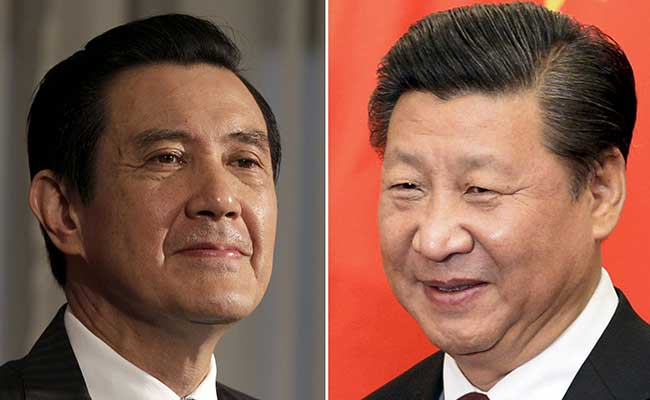 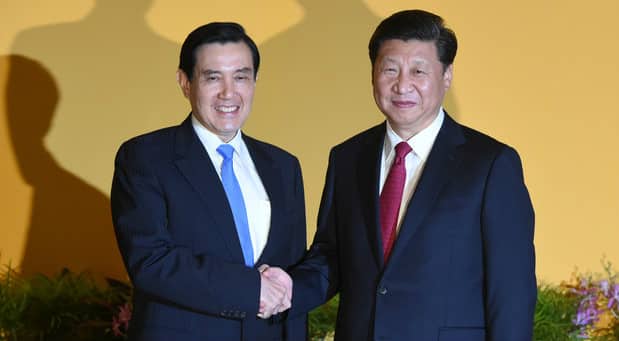 [ Note: This caught me by surprise, but it must have been in the planning for some time. We had Kerry on a tour of Central Asia, with Japan doing the same, something that had to be coordinated to start offering investment deals to counter the Silk Road magnet and defense coordination shift that the West has triggered due to its regime change pressure and NATO moves up to the Russian border.

The leaders of the countries that are being courted will play both sides to get the most that they can, but the US and Japan cannot compete with the New Silk Road  economic benefits. Japan just lost out to China on a big railroad expansion deal in Malaysia. Was this a signal of unhappiness with Japan re-militarizing?

My gut feel here is China is shifting from wanting to reunite Taiwan as an idea whose time has passed…to offering it a “special relationship”, to pull it away from the US orbit, a huge diplomatic defeat for Washington. And I think the pitch for that deal was discussions that the West wants war as that is its big game so they can make money and pick up the pieces when that game is over.

It is better for those in the area to “make business” and not let Western meddling and threats detract them from that. I suspect that we might see future announcements about forming a defensive alliance for the South China Sea. The US is seen more and more as reckless and undependable ally, one that has to be dealt but fully understanding what “pursuing our interests” really means, economic and military Neo-Imperialism.

The protests against this historic meeting were anemic, another confirmation that times have changed. And choosing Singapore for the forum sent a signal that the focus was business, not divide and conquer conflict.

The US can put its military and borrowed money into play here, but that will not allay the fears of the Chinese over its alliance with a desperate for business Japan with serious long term economic problems. Did the US sell Japan on joining its Neo-Imperialism plans as a solution, as in “Let’s pursue our interests together”. This story is going to be with us for some time...JD ]

China and Taiwan finally pressing the reset button after more than 6 decades of hostility, with the leaders of the two sides shaking hands at the start of a historic meeting in Singapore.

Chinese President Xi Jinping told his Taiwanese counterpart Ma Ying-jeou that the two countries are QUOTE one family and nothing can separate them. Also, Taiwan’s leader said that both sides should practice mutual respect in their talks. Meanwhile, in a presser held after the meeting, a Chinese official noted that forces who seek Taiwan’s independence are the biggest threat to peace across the Taiwan Strait.