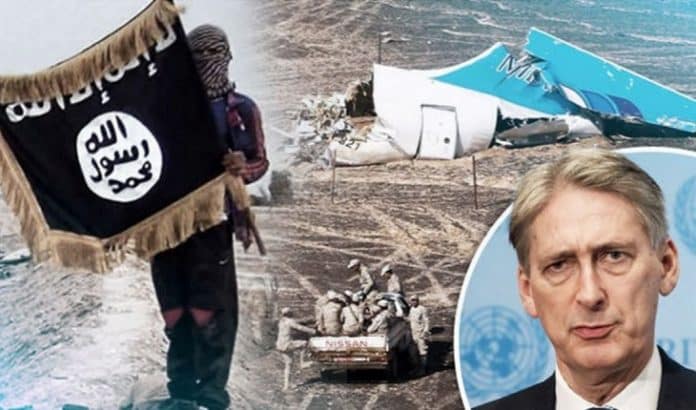 …by  Gordon Duff, with Jeff Smith

The imperative to push the bomb theory and put the blame on “ISIS” is now seen everywhere.  There is one thing to be assumed safely from this, not a word of it is true. The scam job done over MH17, particularly the Dutch role in the cover up, was predicted to make civilian air transport an open target.  We are seeing it pay off today.

With quality crash photos in the hands of VT experts, we now know that it only took those on the scene less than 5 minutes to have the answer, it was a missile.  Anyone who thinks a missile can be mistaken for a bomb or can’t be noticed in seconds, not “minutes” or “months” as with MH17, is a joker.

The forensics here are childishly simple,  holes punched through by steel objects that planes don’t carry, childishly simple “directionality” and enough external residue, much of it “taggant” that the culprit, like as not in the end companies like Raytheon or Rafael left more than a “calling card.” 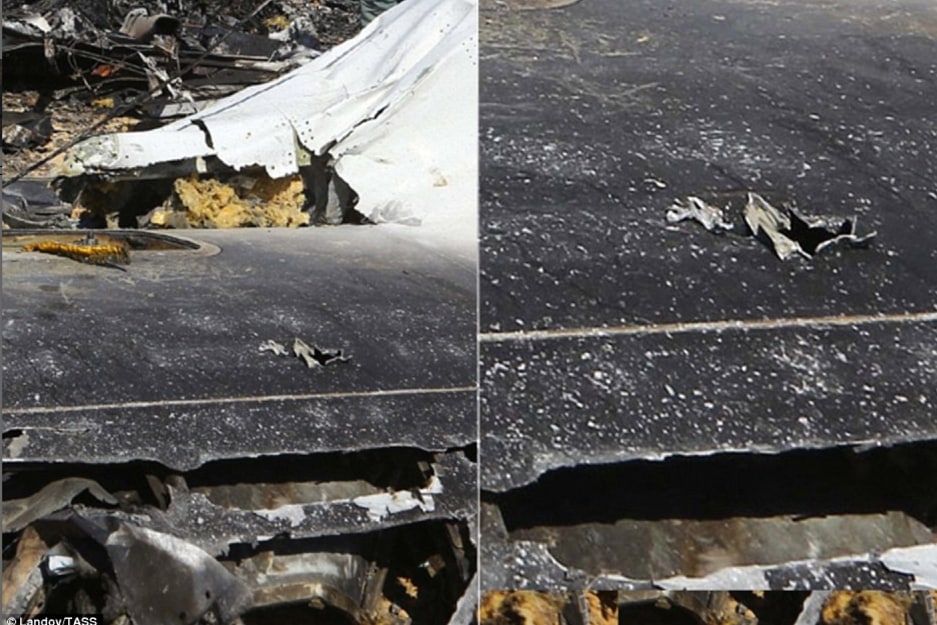 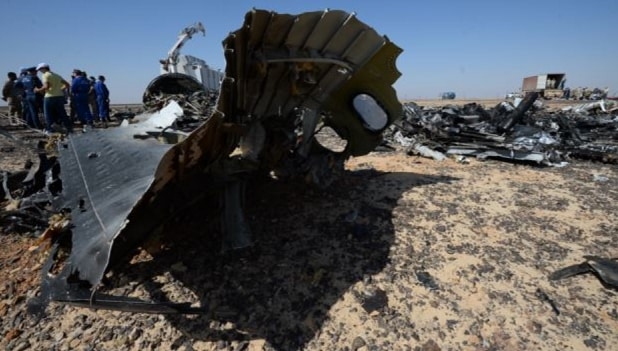 When they use the term “External mechanical damage” it means a missile strike. Bombs are planted either in the well area or the aft cargo bay. They usually are made of high explosives only. They do not use ball bearings or metal cubes as a shrapnel device because it is unnecessary.

So we can rule out for sure tail damage decompression and or an onboard bomb. Also to high for a manpad. It would be impossible to get a vehicular mounted radar guided missile system in or out of this area without being seen by the many military patrols both by the UN and the MNF or the Egyptians or the Israelis. There are probably more fake
plastic rocks loaded with motion sensors and antennas sticking out of them per mile than any other place on earth, not to count the multiple Israeli radar defenses units located just on the other side of the border.

As VT went over this evidence, there was considerable curiosity in both Syria and Russia.  No one will know anything of the real Russian inquiries unless Russia wants them to.  This was a huge mistake.

Britain’s Foreign Secretary Philip Hammond believes there is a “high probability” a bomb planted by an ISIS supporter caused the Russian plane crash over Sinai, Egypt, last week. Philip Hammond said it is likely the airliner, which was carrying 224 people, was brought down by a follower of the terrorist group.

He said: “It may have been an individual who was inspired by ISIS who was self-radicalised by looking at ISIS propaganda and was acting in the name of ISIS without necessarily being directed.”

Mr Hammond’s comments came as Russia also believes the plane was blown up by a bomb, according to US sources who reportedly intercepted Russian communications.

The Pentagon’s intercepts are among other pieces of evidence leading US officials to believe the bomb was planted on Metrojet Flight 9268 – which exploded shortly after taking off from Sharm el-Sheikh.

All 224 people on board the plane – bound for St Petersburg, Russia – were killed.