Home Military Saudi’s Hit with their own TOW Missiles, Recovered From Al Qaeda 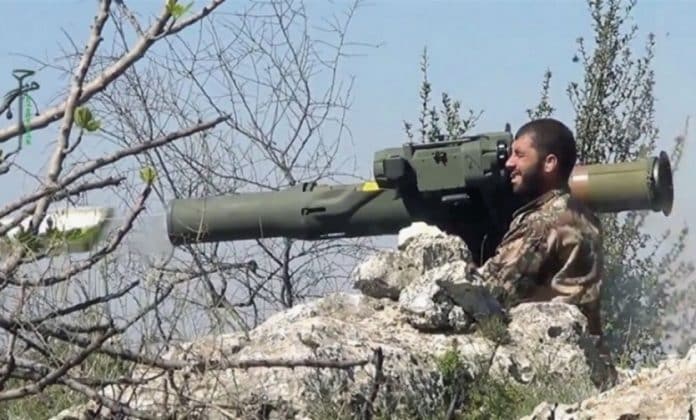 TEHRAN (FNA ) – The Yemeni popular forces attacked and destroyed the Saudi and UAE positions in Yemen’s Ma’rib province with US-made TOW missiles. A group called ‘Kata’eb Zeid Ibn Ali’ affiliated to the Yemeni popular forces announced that it has targeted the Saudi and UAE military forces’ gathering centers in Ma’rib in East of Yemen with the US-made TOW anti-armor missiles.

Sharif Hassan, the spokesman of the group, told FNA on Tuesday that the popular forces had seized a large cache of US-made weapons during their operations against al Qaeda in the province and used them against the Saudi and UAE forces.

Yemen’s army and Ansarullah fighters had on Sunday regained control over several strategic sites in an area in the Yemeni Province of Ma’rib.

The Yemeni forces retook control of a number of sites in Kofel area in Ma’rib, informed sources said.

Also, the Arabic-language al-Mayadeen television said on Saturday that the Yemeni army and popular committees repelled several attacks by the Saudi-led coalition forces and pro-Hadi militants on Sirwah district in Ma’rib.

Saudi Arabia has been striking Yemen for 230 days now to restore power to fugitive president Mansour Hadi, a close ally of Riyadh. The Saudi-led aggression has so far killed at least 6,920 Yemenis, including hundreds of women and children.

Hadi stepped down in January and refused to reconsider the decision despite calls by Ansarullah revolutionaries of the Houthi movement.

Despite Riyadh’s claims that it is bombing the positions of the Ansarullah fighters, Saudi warplanes are flattening residential areas and civilian infrastructures.