Home Government Is the Pentagon functioning as part of a RICO crime Syndicate ? 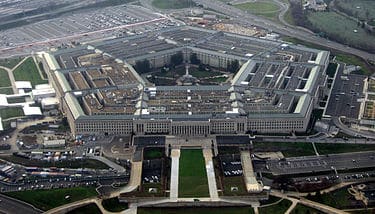 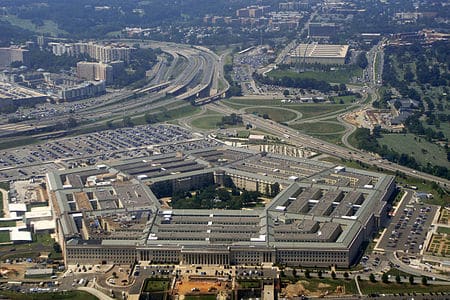 Has the Pentagon High Command been infiltrated and taken over by the World’s largest Organized Crime Syndicate and is the Pentagon being used as its main enforcer around the World?

Is the US Military being used as this Crime Syndicate’s enforcer to clear land and obtain cheap natural resources while generating huge profits for Wall Street and its selected corporations? 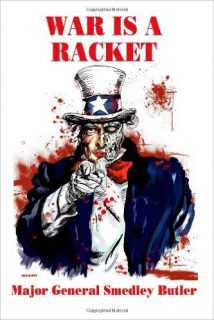 Was General Smedley Butler correct in his assertions that he claimed in his now classic book, War Is A Racket?

This esteemed man who was awarded the Medal of Honor twice claimed that the US Military was being deployed as a gangster operation, a racket to make profits for the Wall Street Banksters and the Defense contractors. Was he correct?

Tragically, the answer to all these questions is a resounding YES.

Why would the US Congress and the US Administration ever allow Organized Crime to hijack the American Military and use it their enforcer to make vast war profits while creating mass-death and misery in the process?

How could Americans ever allow excellent American Soldiers to ever be sacrificed in foreign Wars as mere cannon fodder by this World’s largest Organized Crime Syndicate for their Evil self-serving purposes, with many thousands killed in action and hundreds of thousands horribly wounded and disabled? 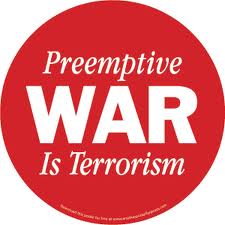 Why hasn’t RICO or the Patriot Act been used on those top USG Officials that misuse the Pentagon to create foreign terror operations they need in order to start more big wars for profit?

What then has prevented the American People from demanding these wars which use American Soldiers as cannon fodder to generate millions of dead and displaced innocents in foreign nations be immediately stopped?

And all done without any Declarations of War by Congress as is required by the US Constitution, clearly  illegal under numerous International laws.

These questions can now quite easily be answered with all the documented, validated evidence that is available thanks to the Worldwide Internet and immediate access to so many historical documents, including numerous recently declassified and leaked documents.

It is an international war crime to attack any nation for geopolitical reasons or to gain cheap access to its natural resources and yet that is what the Pentagon has been doing ever since it’s construction was completed on January 15, 1943. And it is also a war crime to stage Gladio-style False-flag attacks to falsely blame a targeted nation and use that as an excuse to attack, invade and destroy their nation. 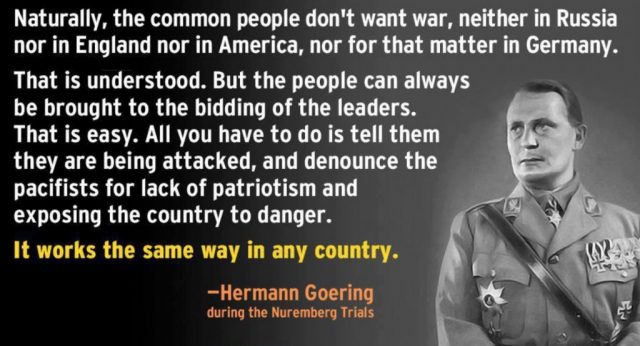 As soon as the construction of the Pentagon was completed, various special committees began secretly planning for the next wars of acquisition and profit for the Khazarian Mafia Banksters and their associated Defense contractors. Such plans included moving supplies into Korea and Vietnam to “leave behind” and detailed strategies such as induced and forced migration to provoke civil wars to stoke to “Cold War” which was carefully pre-planned and rolled out.

The date selected for the attack on America on 9-11-01 was no coincidence.

Also no coincidence that the top leaders of the World’s largest Organized Crime Syndicate that controlled the US Military when the Pentagon was built and also now.

And these Top Policy-Makers just happen to be hardcore Luciferians and part of a Worldwide Occult network that is closely associated with this World’s largest Organized Crime Syndicate best referred to as the Khazarian Mafia (KM).

Nor is it a coincidence that the individuals that actually run the Pentagon are part of a very powerful occult system associated with the Khazarian Mafia (KM) and its Worldwide private Central Banking System that engulfs the World as a large octopus.

Since this World’s largest Organized Crime Syndicate creates almost all the Money and lends it to the masses to use at pernicious usury, they have all the money they need to buy any Politician they want. And they have done so too and now control the US Congress, the US Administration, the Supreme Court and the Judiciary, most of the Pentagon High Command, most of American Intel, and most Law Enforcement through their DHS.

The Khazarian Mafia (KM) uses Cutouts such as AIPAC and wealthy associates to funnel millions to USG Officials. Also to Politicians trying to be elected as long as they sign an AIPAC Loyalty Oath to put the Interests of Israel first even before America’s interests. By the way, this is High Treason and technically can be a capital offense punishable by death if the laws were ever enforced.

What are the most serious RICO Crimes that the Pentagon has been committing at the direction of the Khazarian Mafia?

How could the American People (We The People) ever allow this insane and clearly criminal use of our military to cause so much human suffering and death to occur in the first place, and why do we allow it to go on now?

The answer is that sadly most Americans have been denied this important knowledge by the Controlled Major Mass Media (CMMM). This CMMM is actually an illegal News Monopoly or News Cartel, run by six major media moguls who answer to one large international investment house that is closely aligned with the Banksters and their Worldwide Occult Network.

Thus, the American People have been craftily mind-kontrolled for over fifty years by the CMMM’s big USG Lies, false-narratives, and extreme USG pre-planned Propaganda. This has been ongoing since 1913 when the Banksters bribed Congress and the Administration and were able to get their Federal Reserve Acts passed illegally.

The Khazarian Mafia (KM) has been in control of the creation and distribution of the money they lend to Americans to use at pernicious usury, clearly the greatest financial fraud ever conceived or enacted.

And this gives them all the money they need to buy, bribe, compromise and blackmail the American Political Process into submission.

It is nuts for Americans to continue paying interest to use what should have been their own money in the first place (as the US Constitution requires), and besides it isn’t even real money anyway, but is nothing but fraudulent debt-notes which has been transforming most Americans into KM debt-slaves.

And it is nuts for Americans to allow these Banksters who are centered in the City of London Financial District to use their main Cutout and action-agent Israel to bribe, human compromise, blackmail and corrupt almost every single USG official, elected or appointed.

Suggested Solutions to this terrible evil that has engulfed the Pentagon:

General Smedley Butler’s suggested solution to the Wall Street Banksters’ game of staged wars for profit by sacrificing so many lives was to take the profit out of it for the Banksters, the defense contractors, the politicians, generals, USG officials, and corporate owners. he suggested doing this by mandating their pay to be no more than the basic conscript level of the American Soldier deployed to fight. This was a good idea.

But General Smedley Butler also recommended three steps to be taken to smash the War Racket:

Why not do that but also require Congress and the Administration to follow the US Constitution and be required to make a clear Declaration of War before sending any American Military to fight or use of any drones or American weapons? And why not require all Members of Congress who voted for such a Declaration to serve on the front lines in a rotational basis?

And of course the best solution is to to declare a public war war against the Khazarian Mafia’s Organized Crime Syndicate,  its Chieftains, Cutouts, operatives and espionage fronts inside America and start enforcing the espionage laws and RICO.

This would provide a whole new Congress and US Administration and would be like starting over at the top with a clean house. Such a solution would be just too, because all these Traitors who have been bought and are now owned by AIPAC and the Khazarian Mafia need to be brought to justice.

Bonus video clip for those that have interest and time:

The following is an excerpt from the classic, highly respected film on Banksters as the true cause of all wars by Michael Rivero, “All Wars are Bankers Wars”, which has just been revised and re-released.