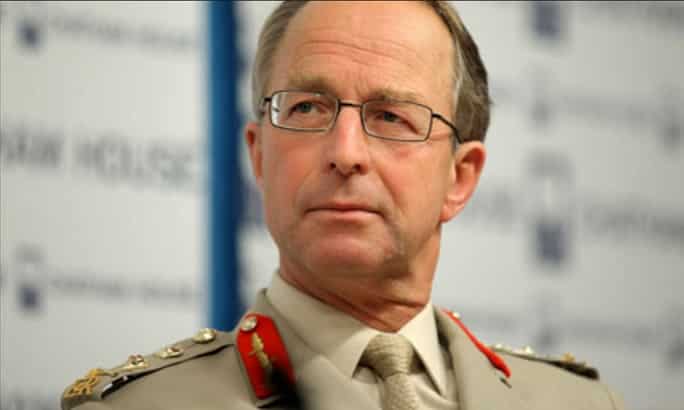 [ Editor’s Note: We see the British NeoCon, David Cameron, using the current morphed ISIL version of the War on Terror to keep Britain’s military funded through the justification of fighting a threat that Britain helped to create.

This also contributes to the another hoax, one to replace the exposed Iranian nuclear weapons hoax, that British taxpayers must have a nuclear deterrent to protect themselves from a Neo-Imperial Russia, something that is a Wizard of Oz fairy tale..

Western publics are going to have to wise up to this quickly and do a complete political and business power purge off all who were involved in what can easily be viewed as an attack on their own people, using terrorism and hoaxed New Cold War threats to exploit them financially, like a conquering power would be expected to do...Jim W. Dean ]

Cameron is currently preparing to hold a vote on extending airstrikes against Islamic State (IS, formerly ISIS/ISIL) from Iraq into Syria once he is guaranteed enough support from MPs.

But General Sir David Richards told the BBC Cameron needs to examine a deal with Russia which would allow Assad to control his troops at the forefront of the battle against the extremist group.

“At the moment we’ve got contradictory war aims. We want to deal with ISIS, but we also want to get rid of Assad at the same time. I personally don’t think that’s plausible. Any general will tell you need to have unity of purpose and clear aims in a war. That muddies those aims,” he told Radio 4’s Today program.

At the G20 summit, which took place on Monday, Cameron hinted he would look to work more closely with Russia to defeat IS. Richards, however, believes Cameron must accept that Assad’s Hezbollah and Iranian allies are the only forces capable of battling IS on the ground.

“The real issue is can you use the one army that’s reasonably competent which is President Assad’s army? In that respect I personally would see a ceasefire being agreed in the way people are now talking, allowing potentially Assad’s army and Hezbollah and their Iranian backers and others to turn their attention on ISIS in a sequential operation. After that the politics would kick in and you would have to do something about the residual political structure within Syria.”

Richard’s views were echoed by Tory MP Julian Lewis, who suggested airstrikes alone would not be enough to defeat IS.

The chairman of the Defence Select Committee said airstrikes would be “pointless, futile and a dangerous empty gesture” without the accompanying ground troops.

Since January, British troops have been training moderate Syrian rebels, but no members of the UK armed forces have openly taken part in the conflict in Syria. There are reports however that Special Forces have been active in the region for some time.

“You cannot do this job from the air alone unless there is a credible ground force and I don’t mean just the Kurds who are only part of the picture,” Lewis told the BBC. “There has to be a credible ground force which we are supporting with our air power. Otherwise it is a pointless, futile and a dangerous empty gesture. Apart from that it’s a great idea.”