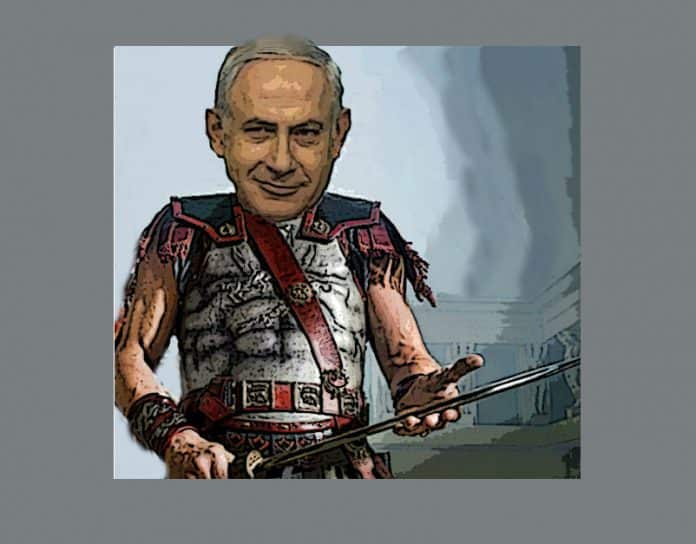 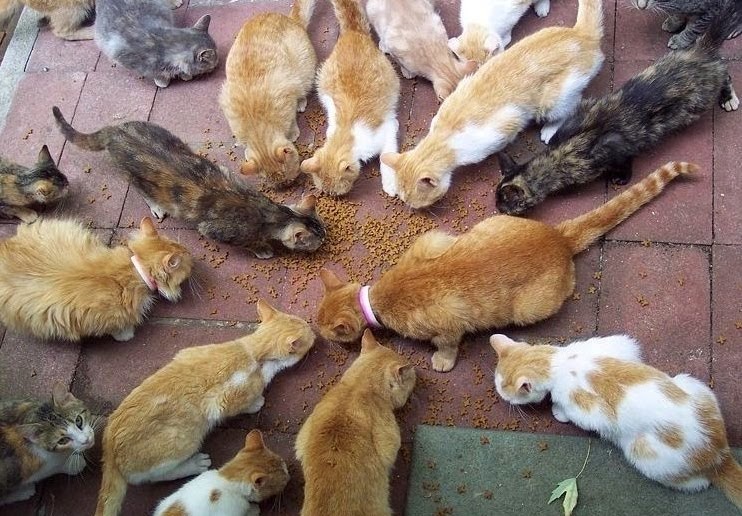 The Cats of Ariel

[ Editor’s note: If you ever wanted proof that Zionist extremists were loons, Uri has served it up on a silver platter with his story of the Likud Agriculture Minister wanting to “transfer” Israel’s excess cat population. You know what I am going to say now, “You just can’t make this stuff up!” No one would believe it.

Despite the issues we have with Uri being an unrepentant Zionist, he is a harsh critic of the hard core supremacists there and has the gift of satire to go after them with the humor scalpel instead of the axe.

But he does not use this satire opportunity just to torment his political opponents. At the end he closes with why power players like this never want peace, because they use fear and insecurity to manipulate their people to maintain power over them.

The current government is hijacking the country, tearing down what they don’t like, and even creating a second Supreme Court to pass laws that the real one will not, and doing this with on a one vote majority in the Knesset. And no, they do not make good neighbors, so you are excused for not wanting to live near them, for security reasons, and because we are all Palestinians to Zionist Supremacists… Jim W. Dean ]

Every time you think we have reached the limit, something else pops up and the limit moves. One might have thought that the Hitler-Mufti story was the absolute limit of craziness. But here comes Uri Ariel, and proves one wrong. Ariel’s cats top Netanyahu’s mufti.

Ariel is a cabinet minister. Eh, minister for what? Almost nobody quite knew. Until now. Now it appears that he is the Minister of Agriculture. As such, he is the minister for cats. Yes, yes. I am not joking. Even in Israel cats are not agricultural animals. The don’t draw the plow and don’t lay eggs. They just get neutered.

And therein lies the rub. Israel is full of cats. People like them. But the more they multiply, the less they have to eat. So for some time, the government has sponsored an effort to catch homeless cats and neuter them, in order to reduce the cat population and allow them to lead a decent life, worthy of cats.

Who pays for this? The Ministry of Agriculture, of course. Who else? Why? No one knows. There must be some hidden reason. Enter Ariel. He is a far-far right wing politician. In other countries he might have been called a fascist, but in Israel we don’t like the f-word.

He was born in a religious kibbutz (there are some), joined a settlement and became a leader in the settlement movement. When Rehavam Zeevi, nicknamed Gandhi, the patron saint of the far-right, was assassinated, he took his seat in the Knesset.

Ariel is a serious person. I have never seen him smiling. Indeed, I have a lurking suspicion that his upper lip is paralyzed. He is not one of the run-of-the-mill demagogues, male and female, with whom the present government is stocked a-plenty. He is seriously serious.

Last year he was the Minister of Housing, a job eminently fitting, since its main function is to provide housing for settlers. But after the recent election he became a mere agriculture minister and seemed – fittingly – to vegetate.

Settlers sit on plenty of Arab agricultural land, but they don’t really do agriculture. Their main agricultural activity seems to be to uproot neighboring Arab olive trees. Until now.

Enter the Lord, who created all living things and told them to go forth and multiply. It is the first of God’s innumerable commandments. Therefore, sterilization is strictly forbidden. As the new Minister of Agriculture, Ariel discovered to his horror that his office was providing the money for the neutering of cats. Terrible! A blatant sin in the eyes of God!

So the minister issued a decree to stop this godless practice at once. But what to do with the cats? Ariel thought deeply, and came up with his favorite word: Transfer. When Israeli fascists use this word, they usually mean transfer of Arabs.

Pure genius. But, eh, where to? The minister, of course, could not be troubled with such details. Transfer them anywhere. To any African country. Mozambique? Zimbabwe? Lots of African countries would take them for good money (provided by the US, of course). Not being Jewish, they could neuter and kill to their heart’s content.

But, like Netanyahu and his mufti, Ariel and his cats raised a storm. Israel is full of animal lovers, animal-rights fighters and such. They rose as one to protest against this new Holocaust. Ariel had to retreat. No transfer. So what to do with the cats? At the moment, no one knows.

(Candid disclosure: I am an animal lover. I love especially cats. I once brought a little kitten home, and in no time my three-room apartment contained 13 cats, apart from their two sub-tenants, my wife and I. Now they are none, but the cats on my street partake of all of my meals.)

The country is now full of jokes, but it is no joking matter. The far-right government is in the throes of a veritable legislative mania, reaching new heights every week. Coalition members – ministers and just plain MKs – compete with each other in submitting bills, ridiculous, atrocious or both. There is a veritable St. Vitus dance of government legislators.

This week, the Knesset enacted a law compelling judges to condemn stone-throwers – including 13 year old children – to a minimum prison term of two or four years, depending on the circumstances. In Israel, children under 14 bear no criminal responsibility, but a remedy has been found for that: government attorneys just drag out their court cases until the accused reach their 14th birthday.

The parents of children so condemned will forfeit any social security payments for the same time, and are also liable to a fine of 10,000 Shekels, more than USD 2500.

Another new bill prescribes that peace and human rights activists are not allowed to enter the Knesset building without bearing a special tag. True, this applies only to members of associations which receive money from foreign governments.

Many Israelis were reminded of the Nazi order that Jews must wear a yellow Star of David at all times. Some even proposed that the tag be yellow and in the form of a six-pointed star. The same associations (including renowned ones like B’Tselem, which is even respected by the army) must also proclaim their foreign sources of financing on all correspondence.

The trick behind this proposal is that right-wing associations do not need the assistance of foreign governments, because they are swimming in money provided by foreign Jews. Sheldon Adelson, for example, is richer than many governments, and he is only one of the multi-multi-billionaires who openly finance Netanyahu and the Likud party.

The EU and some individual European governments support some peace and human rights associations (alas, not Gush Shalom), much to the chagrin of Likud members. Hence the new idea.

Another new bill will change the law against “sedition”. Until now, to convict anyone (meaning Arabs) of sedition, one had to prove that there was a direct and immediate danger that his or her words would lead to terrorist actions. Not anymore. Since all Arabs say and write that they oppose the occupation, practically anyone can be convicted under this law.

Then there is the “nation law”. It says that Israel is the “Nation State of the Jewish People”. This is, of course, quite silly because a “nation” and a “people” are two quite different concepts.

Under the existing legal formula, Israel is “a Jewish and democratic state”. Both concepts are equal. The new bill said, in its original version, that when a contradiction exists between the Jewish” and the “democratic” character of the state, the “democratic” has to yield to the “Jewish”. In plain words, Israel would cease to be democratic.

There was a public outcry, and these words have now been dropped. But even so, the bill discriminates against the 20% of Israel citizens who are Arabs, and perhaps against another 5% who for religious reasons are not recognized as Jewish.

Then there is Ayelet Shaked, the Minister of Justice, who is the main enemy of the Supreme Court. This venerable institution is a mainstay of the occupation, but in individual cases it frequently obstructs the government. The minister (ministress?), who relies on her good looks to say and do the most atrocious things, has found a remedy to this annoyance: to create a parallel court.

This court, the Court of National Security, would be competent to deal with all cases in which the government cannot expect the Supreme Court to judge in its favor. Such courts exist in many totalitarian countries.

The fourth category is the worst: they do a lot, and everything they do is catastrophic. All this happens in a country that is still known as the “Only Democracy in the Middle East”. One can only wonder how long this appellation will be accepted by the civilized world.

Lately, Netanyahu said something that could have shocked the world, if the world had been listening. But Netanyahu has been saying so many things that even many Israelis have ceased to listen to him.

One of the most famous sentences in the Bible is a question addressed by Avner to Yoav. Avner was King Saul’s army chief, Yoav was the commander under David.

After a long civil war, which was won by David, Avner (after whom I named myself) addressed Yoav, asking: “Shall the sword devour for ever? Knowest thou not that it will be bitterness in the latter end?” (2 Samuel, 2.26) Yoav did not listen, and in the end killed Avner.

In ancient Hebrew, the text reads literally: “Will you forever eat the sword?”

This week Netanyahu answered the ancient question. He told the Israeli people: “We will forever eat the sword!” To put it in modern language: Yes, we shall live by the sword forever. There will never be peace.

It is not that Netanyahu loves war. He only knows that in order to achieve peace, we have to give back the occupied territories. Neither he nor the people surrounding him are ready to do so. That is the whole problem in a nutshell.

Excerpt: Israel wants so expel the Palestinians so they cannot “breed” there, and in the meantime neuter them politically…but then prefers to expell its excess cats to avoid neutering them as they have God given rights to reproduce. Welcome to Zioland.