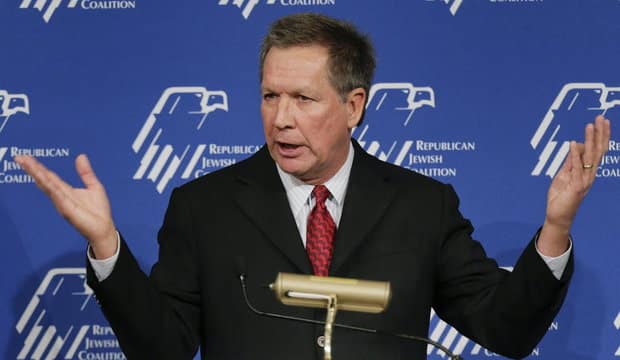 Republican Presidential candidate John Kasich says he wants the US government to create a new bureaucracy to push Jewish and Christian belief systems around the world. He believes this will help to defeat the religious terror organization of Islamic State.

At the National Press Club in Washington, D.C. Kasich said:

U.S. public diplomacy and international broadcasting have lost their focus on the case for Western values and ideals and effectively countering our opponents’ propaganda and disinformation. I will consolidate them into a new agency that has a clear mandate to promote the core, Judeo-Christian Western values that we and our friends and allies share: the values of human rights, the values of democracy, freedom of speech, freedom of religion and freedom of association.

Kasich, like too many people who follow a “revealed”/hearsay religion, does not seem to be knowledgeable regarding the contents of his own “holy” book, the Bible. For example, his alleged concern for human rights would take a beating if the US was based on the Bible. Especially Gentile people living in a Bible-based nation would suffer horribly. Leviticus 25:44-46 allows Jews to own slaves but only if their slaves are Gentiles and not their fellow Jews. It instructs:

Both thy bondmen, and thy bondmaids, which thou shalt have, shall be of the heathen that are round about you; of them shall ye buy bondmen and bondmaids. Moreover of the children of the strangers that do sojourn among you, of them shall ye buy, and of their families that are with you, which they begat in your land: and they shall be your possession. And ye shall take them as an inheritance for your children after you, to inherit them for a possession; they shall be your bondmen for ever: but over your brethren the children of Israel, ye shall not rule one over another with rigour.

The above ungodly and horrific Bible command would still be in effect today as it states Jews can own Gentile people and our children “for ever.” Is this what Kasich wants?

In part of his speech to the National Press Club Kasich mentioned freedom for women. He must be ignorant of the many Bible attacks against women, such as 1 Timothy 2:11-12 which teaches:

Let the woman learn in silence with all subjection. But I suffer not a woman to teach, nor to usurp authority over the man, but to be in silence.

Kasich, and any Gentile person who believes the Bible should be followed, is a traitor to their people and nation. This is because the Hebrew Bible/Old Testament teaches Jewish superiority and that Israel should rule the world. For example, in Deuteronomy 28:1 the Hebrews/Jews who wrote the Bible put these words in God’s mouth regarding Israel, “the LORD thy God will set thee on high above all nations of the earth” which means all of the Gentile nations, including America, will be subservient to the Jewish state of Israel. And Isaiah 60:12 teaches that any Gentile nation that will not serve Israel “shall perish; yea, those nations shall be utterly wasted.” Of course, Kasich is a politician and politicians never put anything above their own political careers. I find it very difficult to believe Kasich, or any US politician from from either party, would care if America was openly and completely controlled by Israel. Kasich and a gang of his fellow politicians all grovelled at the feet of Jewish billionaire and Israel-firster Sheldon Adelson.

Not only is Kasich’s idea for a US government bureaucracy for the promotion of Judaism and Christianity, or any religion, a horrible idea, it is unconstitutional. The First Amendment to the US Constitution prohibits mixing government and religion. When George W. Bush started the White House Office of Faith-Based and Community Initiatives, and when Barrack Obama expanded the office and renamed it the White House Office of Faith-Based and Neighborhood Partnerships, they were violating the US Constitution. And everyday this unconstitutional office exists it is a violation of the US Constitution.

Not only does the US Constitution prohibit mixing government and religion, it does not even mention God. Opportunistic politicians like Kasich often claim the US was created by Christians to be a Christian nation. If this was true the US Constitution would say so. But since it does not even mention God, nor does it mention Jesus, Christianity or the Bible, it is foolish to believe it is a Christian document. 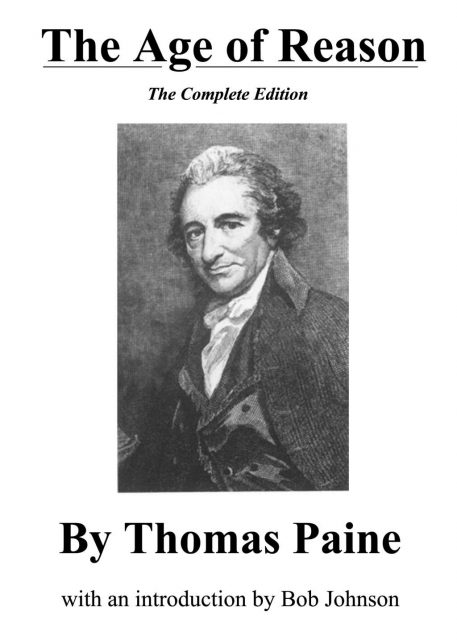 One US government document that too few people are familiar with and which makes it clear the US was not founded as a Christian nation, is the Treaty of Peace and Friendship between the United States and the Bey and Subjects of Tripoli of Barbary. This treaty originated in George Washington‘s administration and was ratified during the administration of John Adams. In Article XI of the document we read, “As the government of the United States of America is not in any sense founded on the Christian religion . . .”

This doesn’t mean the majority of people living in America at the time of the American Revolution and the early days of the Republic were not Christians. They were Christians. However, the Founders knew the very real danger created by mixing government and religion and that is why they made certain they were not mixed. After all, it was less than 100 years earlier that people were murdered by the Christian government in Salem, Massachusetts for being witches.

In order to pull ourselves out of the religious violence that is infecting our world, we need another revolution. The American founder and Deist, Thomas Paine, wrote in The Age of Reason that we need a revolution in religion based on our innate God-given reason and Deism. This will do much to make for a better world free of religious violence and fear-based superstitions. It will help people realize the liberating reality that God gave us reason, not religion.