Home Life Monitoring Student Visa Holders in U.S. at No Extra Cost to the... 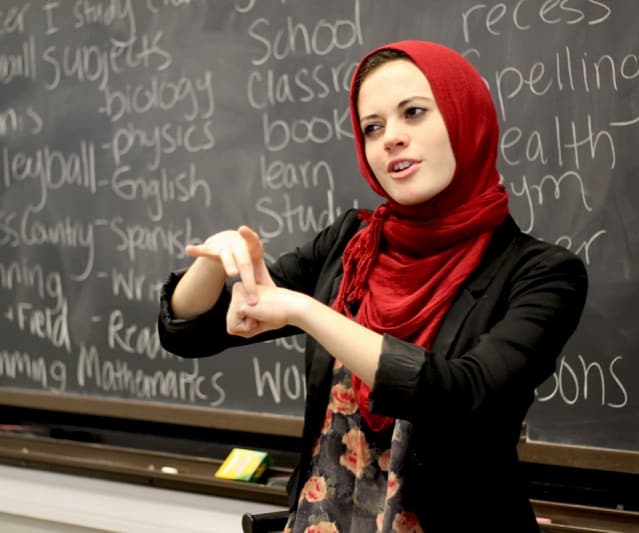 By Christopher B. Kuch, PhD

There are about 11 million illegal persons that are undocumented here in the U.S.  Of those about 50,000 are college and university students (as per various research statistics). Because of our exit system at our borders there is no accurate way to determine how many legally entered persons come into the U.S. and how many never really leave.  A system that must be change.

Since federal agencies can charge Americans for relatively minor crimes surely we ought to be able to enforce our immigration laws.  But federal agencies are overburden and underfunded.  This article focuses on adult students with a plan to not increase taxes.  It does not discuss high school or younger students whom were brought here illegally by no choice of their own.  That number is about 1.5 million, a number that also needs to be addressed later.

There is no federal law that prohibits higher education schools to not accept unauthorized illegals to attend school. Clearly we need to change the system and laws. Focusing just on student overstays amounts to many Americans that will not have jobs and is a burden on local social services.  In the end it is the poor that are hurt because of jobs that are taken from student overstays—they tend to take low paying jobs.  Besides, 50,000 is a lot of Americans that will not have a seat in a classroom.  They and their parents have paid taxes and foreigner have not.

We need legislation that require schools to monitor foreign students and provide penalties when they do not.  We need to pay for this extra monitoring by charging foreign students an extra fee.  There should be stiffer penalties against Americans that harbor students who have overstayed. There should be a lifetime ban on student overstays.  Any injury caused by a student here to a police officer, federal agent, or school official should also result in a lifetime ban from entering our country.  These bans should include refugee status and asylum seekers.

Foremost, we need a law that prohibits higher education schools to not accept undocumented or foreigners that do not hold an up-to-date student visa.  Also, we should mandate that schools, colleges, and universities develop and track student enrollment.  Mandate a heavy fine for schools that inadequately perform this function.  It will be easy to follow the occurrences of schools that permit student overstays.  Perhaps we could have a top limit of say 5 student overstays in a five year period and then not allow that school to accept foreign students for 10 years.  If the schools feel that is a financial burden on them, they should not accept illegals and try accepting legally authorized immigrants or regular Americans.

Require a special additional fee for all students who receive a student visa.  These costs will go to the Immigration, Homeland security branches, U.S. Marshals, and the local Sheriff to monitor and arrest those who violate the terms of the visa.  Such as travelling out of state, not reporting in to school officials, or federal agencies, not providing an up-to-date phone and email, and not providing letters of warnings to landlords or families that they live with.

Student visa holders should be required to immediately after entering our country go to the Sheriff’s Department and pay to get fingerprinted and list where they are staying and when they must leave.  If they come to this country to attend school surely they have the funds to pay for this extra cost. If not they should stay in their own country and attend school—it would be cheaper.

Increase the penalties to Americans who knowingly and intentionally harbor violated student’s concerning their visa overstay to include a $25,000 fine and 1 year in federal prison with no exceptions.  Included in this law must be that the student provides to the school a letter of the law stating penalties about overstaying.

If the student reside off campus a letter must be given or mailed to the landlord or home that they reside in. This can be monitored by the agencies that keeps track of them requiring them to do this or push it back on the schools.  If they don’t follow all requirements, that will be a violation and they should be deported immediately.

Also, at present the penalties for the overstaying students is 3 or 10 years non entry back into the U.S.  It should be a lifetime ban with no exemptions.  Included within this should include no waivers should the student marry while attending school here.  Perhaps it could be that the student and new American spouse must leave the U.S. for five years and the foreigner must apply while outside the U.S. for a spousal Visa with no guarantees of acceptance.

Assaults caused by student visa holders upon any type of police officer and school official should include a 1 year suspended sentence in federal prison and another lifetime ban into our country.  Should they enter the country again the prison sentence should automatically start with no parole. Afterwards a suspended resentence of 5 years in federal prison for violating the ban should be mandated.  Hopefully they will get the message and tell others to follow America’s visa rules.

There are thousands and thousands of foreigners living, working, and getting public assistance in the U.S. that have come here on a student Visa and never left.  A few have gone on to commit terrorist attacks or some have attempted them.  At present we do not have sufficient means to monitor and locate these overstayed students.  If we require additional fees from foreign student seekers on a student visa we can pay for federal police agencies to monitor them.

We also need to strengthen our school systems to put the burden on them to assist federal law enforcement agencies.  After all if they will accept students from outside the country, why not make them more responsible for them.  If not they should not accept them.  Thus providing educational opportunities to other Americans. The students that come here are mainly self-paid students.  As a result, they have the money to pay for this extra monitoring.  If not, don’t come here.

We can do this by new legislation easily.  Should foreign governments retaliate with the same fee system—so be it.  Only “rich Americans” get their education abroad.  We have the best schools in the world according to most statistics.

It is not that we don’t want the world’s best and brightest students to attend our schools and perhaps later immigrate, it is just we want them to do this legally, giving everyone in the world a fair chance at our great American educational dream.

Dr. Kuch holds a PhD, MA, and MS in criminal justice. He has spent most of his career as an adjunct faculty member in social sciences and worked in student advising.  He has written about a variety of federal police issues.   His current research and publications are about preventative terrorism policies.  He lives in Istanbul, Turkey and is on the adjunct faculty at Galatasaray University.