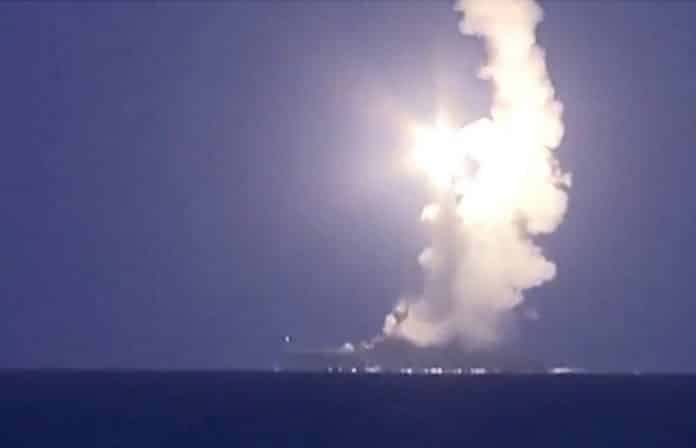 “On November 20, ships from the Caspian flotilla have launched 18 cruise missiles on seven targets in the provinces of Raqqa, Idlib and Aleppo. All targets were destroyed,” Shoigu said in a report to president Vladimir Putin.

Russia’s military action in Syria is carried out well, but is not enough to free the Arab Republic of terrorism and protect Russia from potential attacks, President Vladimir Putin said during a video conference with military commanders, thanking them for their work.

“The tasks are being carried out, and they are carried out well,” Putin said Thursday. “But this is so far not enough to clear Syria of fighters, terrorists, and shield Russia from possible terrorist attacks,” the president added.

“There is a lot of work ahead of us and I hope the next stages will be carried out just as professionally, and bring the expected results.”

TEHRAN (FNA) – A military source announced that the Russian Air Force, in cooperation with its Syrian counterpart, carried out one hundred and sixty sorties over the ISIL positions in one single day, destroying 344 terrorist centers, including 59 command-center, 41 depots, 17 fortified sites and 74 training camps.

The source said that the Russian and Syrian fighter jets targeted 3 large oil tanks, a factory of making explosive devices, a workshop for mortars and 3 stations for refining crude oil on Thursday, the Syrian state news agency reported. “The naval group comprises ten ships, six of them are in the Mediterranean,” the minister said.

“On November 20, the Caspian flotilla warships launched 18 cruise missiles at seven targets in the Raqqa, Idlib and Aleppo provinces of Syria. All the targets were hit,” Shoigu said.

On October 7, the Caspian flotilla warships took part in an operation against the Islamic State terrorist group. They delivered a massive cruise missile strike at the IS targets in Syria from the Kalibr NK sea-based complex from the Caspian Sea water area.

Russia has banned the Islamic State in its territory as an extremist terrorist organization.