Home Life The Kurds cutting off and carving up the Caliphate 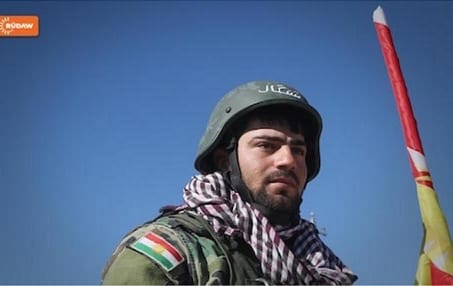 Operation Free Sinjar was a tremendous success. Retaking Sinjar completely from the jihadis has liberated the Yezidis, whose enslavement and slaughter at the hands of ISIS aptly demonstrated the sheer cruelty, inhumanity and sadism of that tyrannical group. Strategically it poses another major setback for ISIS since it cuts off an important route, Highway 47, between the Iraqi and Syrian territories the caliphate occupies.

In neighbouring Syria the YPG are on the offensive against ISIS-occupied areas in Al-Hasakah Province. ISIS was forced out of the provincial capital in August and the YPG recently seized from them the Syrian Army’s 121st Regiment base, which ISIS had captured in July 2014. Forcing ISIS completely out of that eastern Syrian border region will further augment and complement the recent Peshmerga victory in Sinjar.

Put into its broader context this is another decisive Kurdish blow against that group which will yield immense strategic ramifications in the long-term since it will effectively split-up the territory they hold and reduce their hitherto contiguous terror state into at least two smaller and divided enclaves, each of which could be more prone to pressure and harder for the group to hold onto and defend.

Additionally, ISIS morale will doubtlessly be affected when it becomes evident to their rank-and-file that they can no longer move between Mosul and Raqqa both of which arguably constitute the two most significant cities they have ever seized: Mosul because it’s the largest city they ever managed to completely takeover and Raqqa because it’s the largest city they retain complete hold over in Syria and due to, the much more symbolic, fact that it was the first city they were able to completely takeover and have described as the “capital city” of the caliphate.

In the space of six months the Kurds have done the most to effectively contain the caliphate. The Sinjar operation, after all, comes after the capture of Gire Spi (Tal Abyad) by the YPG in Syria last summer. Through Gire Spi the YPG joined-up their two primary Syrian Kurdish cantons of Kobani and Jazira and in the process cut-off two-thirds of Syria’s northern border from ISIS which effectively severed the inflow, through Turkey, of many foreign volunteers, weapons and the outflow of everything from oil to looted antiquities to the black market which has helped finance their criminal enterprise.

This has increased pressure on Raqqa. Were it not for the resolute opposition of Turkey the YPG would doubtlessly have continued advancing west of Kobani over the Euphrates and routed ISIS out of the remaining 68-miles of northwestern Syrian border territory they, and other similar Islamist terrorist groups like Jabhat al-Nusra, continue to have a presence in.

That coupled with this latest Peshmerga offensive is a great psychological blow to ISIS since that group has, since June 2014, strove to demonstrate, to their new recruits and the world, that the so-called state they have built is a tangible reality. They oversaw the establishment of trading routes between Raqqa and Mosul and took new recruits back-and-forth from captured territory in Iraq and Syria in a bid to show that they have made the old Sykes-Picot border completely irrelevant.

Roads are still immensely important when it comes to fighting and winning wars. Consequently the Peshmerga’s seizure of Highway 47 in itself was a highly significant and commendable victory. Cutting off the main routes between Mosul and Raqqa will not only stymie trade but in the long-term it could halt any ISIS members based in Iraq from reinforcing/supporting their counterparts in Syria if need be and/or vice-versa.

Thanks to the earnest efforts and sacrifices made by the Kurds of both Iraq and Syria ISIS is being increasingly contained and its criminal jihadi entity carved-up. It is a slow and arduous process but one that is clearly succeeding.

Having made this much headway against ISIS expecting the Kurds to risk over-stretching now by attempting to force ISIS out of Mosul and/or Raqqa more-or-less singlehandedly would be asking too much. Undoubtedly the Kurds will do their part and pull their weight when the time comes for liberating those areas, but they really can’t be expected to risk doing it all on their own. Uprooting and forcing ISIS from Mosul (and Raqqa too) will have to be a much broader effort and responsibility. Especially when you take into account the limited amount of arms and resources the Kurds have had to date to fight such a ruthless enemy with – a fact which makes their respective gains and victories at the expense of ISIS over the course of the past six months even more impressive.

Paul Iddon is a freelance journalist and political writer who writes on Middle East affairs, politics, developments and history.

The views expressed in this article are those of the author and do not necessarily reflect the position of Rudaw.