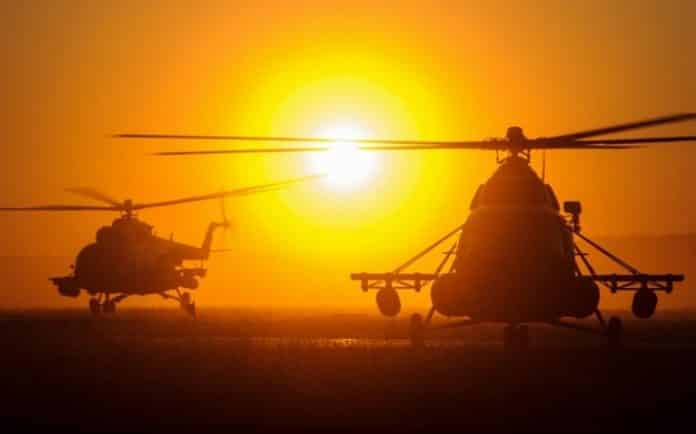 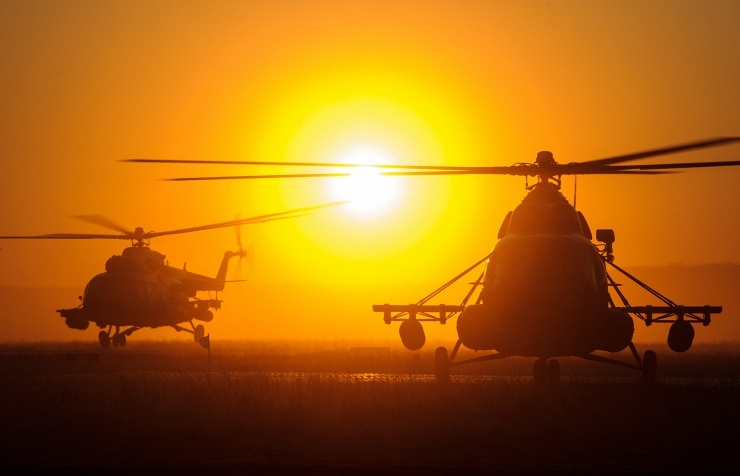 MOSCOW, November 24. /TASS/. A search and rescue operation involving two Mi-8 helicopters was conducted on Tuesday to evacuate pilots who had ejected themselves from the downed Russian Su-24 bomber in Syria, chief of the main operations department of the Russian General Staff Sergey Rudskoy told journalists on Tuesday.

“One of the helicopters involved in the operation was damaged by gunfire and made an emergency landing in a neutral area,” he said. “One contracted marine was killed. The search and rescue team and the helicopter crew were evacuated and are now at the Hmeymim airbase.

The helicopter was destroyed by mortar fire from a territory controlled by terrorists, Rudskoy said.

The search and rescue operation to save the Su-24 pilots continues, he added.

According to preliminary information, one of the pilots was killed in midair by fire from the ground, he said.

“According to accurate data of objective monitoring, our plane did not cross the Turkish border,” he said. “It is confirmed by the data from Syria’s missile defense system. Moreover, the Hmeymim airfield’s radar surveillance data registered violation of the Syria airspace by the attacking Turkish jet.”

“Presumably, the plane was hit by a short-range missile with an infra-red seeker,” he said. “Objective monitoring devices registered no attempts by the Turkish plane to establish radio or visual contact with our crew. The Su-24 plane was hit by a missile over Syria’s territory. It fell down in the Syrian territory four kilometers off the border.”

A Russian Su-24 frontline bomber was shot down at 10:24 a.m. Moscow time on Tuesday while on a combat mission in Syria by a Turkish F-16 fighter jet.