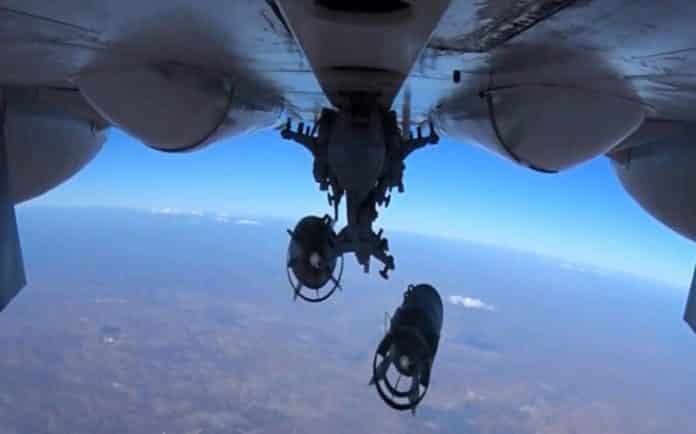 A Russian Aerospace Defense Force jet bombs Islamic State facilities in Syria
Russian and Syrian military have killed terrorists in the search area of the downed Russian Su-24 jet, the Russian Defense Ministry said on Thursday.
“The moment our pilot was in safety the area was heavily bombed by the Russian Air Force and shelled by Syrian government forces artillery,” ministry spokesman General-Major Igor Konashenkov told a media briefing.

He stressed that terrorists and other “mysterious groups” were killed in the assault.

The Russian Air Force has conducted 134 sorties in the past three days hitting 449 targets in the Syrian provinces of Aleppo, Damascus, Idlib, Latakia, Hama, Homs, Raqqa and Deir ez-Zor, according to the spokesman.