Home Investigations Unholy Trinity and the Dictionary of the Khazars 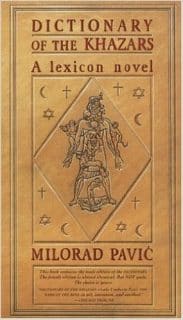 Nothing changes. It really does all just stay the same and history repeats and repeats itself over and over again. Two thousand years ago, we had the unholy trinity between the Levite High Priest Caiaphas the equivalent of today’s Zionist Mossad.

In Syria, Muslims both Sunni and Shiite, have had their lives destroyed and along with Orthodox Christians have been crucified, beheaded, raped and sold in slave markets.

Torah Jews have also been marginalized and reject Zionism much as many Hebrews, the Samaritans and Essenes, rejected the money chargers in the Temple, the Herodian kings and the Roman occupation 2,000 years ago. Torah Jews are more welcome in Iran today than they are in the Zionist State. Not much has changed in 2,000 years.

What should be quite obvious by now, is that there are not three sides against each other, but three sides on one side and three sides on the other side. A seemingly complex situation that has caused much confusion.

One example is the collusion between Zionist Jews, Bandera Nazis and Muslim extremists in Ukraine

fighting against the predominantly Russian speaking population in Eastern Ukraine who are Orthodox Christians, Muslims and Torah Jews. Which brings me to the Khazars.

Many years ago, as often happens, whilst browsing through a bookstore, one book caught my attention and I bought it.

The first time I read it over twenty years ago, I read it from cover to cover. This book has remained in my bookshelf all those years. For some reason I never passed it on, or sold it. But it kept winking at me.

At first I thought it was fiction and poetic licence. Until the internet came along. Then I discovered that there really was a people called the Khazars. That they had been challenged by the Byzantine Empire and Russia to convert to any one of the monotheistic religions because they had caused so much havoc to their neighbours with their barbaric and savage behaviour, that it was decided that instead of continuing with wars and counter wars, that this would be the only solution for peaceful resolution and stability.

Then I came across Mike Harris and Preston James. Read all their articles on VT and decided to go back to this book which has never left my shelves in all these years.

This is my synopsis. But as with all literature, especially literature that is written in poetry, prose and analogy, each reader takes away from it what he or she can digest.

We have three characters, a Jew, a Christian and a Muslim, who travel through time and many different lifetimes, who like the reader is attempting to understand the mystery and solve the puzzle of the Khazars.

At the same time we have another three characters who are the embodiment of Satan, The Lie and Azazel respectively. The unholy trinity. These three do all that they can to prevent the former three from connecting and completing the puzzle and what is more, reaching a stage of tolerance, understanding and reconciliation. Sound familiar?

Pavic speaks of the original dictionary as having poison pages, and that these pages could kill the reader. I have come to the conclusion, rightly or wrongly, that is for you to decide, that poison pages is an analogy. It is an analogy for these three devils dipping their poison pens into all three of the original texts of all three religions, a modern version of copy and paste. And plagiarism. It is not the pages themselves that kill, it is the lies written by a poison pen intertwined with original source material that kill the soul.

As a result, they have caused hatred and dissention where none existed before. If we are able to sift the chaff from the wheat, or better still, find the original teachings and documents in all three religions, we would fully understand how we have been played and fooled all these centuries with the contradictions and cognitive dissonance that we have been presented with. And the hatred that has followed on from that.

Dictionary of the Khazars is a feast. Each and every sentence a dish served on its own. I doubt if I could read it from cover to cover again. I would suffer from indigestion.