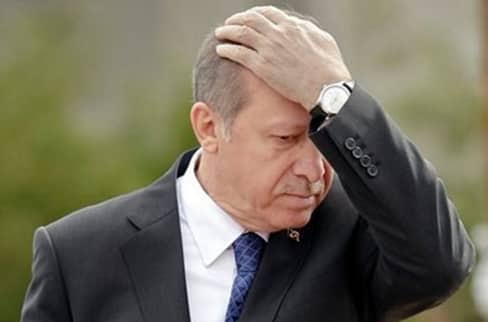 TEHRAN (FNA) – The crisis that started by Turkey’s shooting down of the Russian Su-24 bomber in the Syrian airspace is leading to a standoff between President Recep Tayyip Erdogan and the country’s army, Turkish media reports said.

The Arab media outlets quoted a Turkish-language daily, Suju, as reporting that Erdogan and the Turkish army’s joint chief of staff are now at odds after the Turkish president in contradictory remarks claimed that Ankara did not know that the warplane was Russian when targeting it.

“We would have acted differently if we had known that the fighter jet was Russian,” Erdogan said.

The Turkish paper quoted an informed military source as saying that Erdogan had taken a “hasty” position and declared that the army had been unable to identify the nationality of the plane in official remarks, “and this complicated the problem”.

“Had the politicians kept quiet, we could have resolved the problem very fast,” the unnamed source told the Turkish daily, according to the Arab media.

After Turkey shot down Russia’s Su-24 bomber as it was conducting an anti-terrorism operation against terrorists in Syria, the relations between the two countries strained.

Only a few days into the incident, Russia deployed S-400 air defense system to take harsh measures against any possible threats in Syria by tracing 300 targets at ranges up to 400 kilometers.

Informed sources said earlier today that the Turkish Air Force has warned its pilots to avoid any further violation of the Syrian airspace after Russia deployed its sophisticated S-400 anti-aircraft missile system in Lattakia.

The arrival of S-400 system coupled with the Russian fighter jets’ maneuvers along the Turkish border, has forced Ankara to take prudent measures to ease tensions with the Russian Federation after they downed the latter’s SU-24 bomber in Syia’s Lattakia province on Tuesday, the sources said.

The Russian Air Force amplified the number of airstrikes along the Turkish border on Saturday, striking the Turkish backed ISIL militants at the Aleppo border-city of A’zaz and inside the Turkmen Mountains of Northern Lattakia.

Now no Turkish plane can violate the Syrian airspace even in the mountainous areas due to the capabilities of S-400 air defense systems.

On Tuesday, a Turkish F-16 shot down the Su-24, claiming that the aircraft violated its airspace. Russian officials and the Su-24 pilot, who survived the crash, insist that the plane did not cross into Turkey. The crew, according to the pilot, did not receive any warning prior to the attack.

The Russian media reported on Thursday that the country has already deployed S-400 missile defense systems in Syria, a move many political and military analysts see as the start of Moscow’s response to NATO following the downing of its bomber by Turkey over Syria.

The S-400, an upgrade of the S-300 Growler family, is a new-generation anti-aircraft defense system operated solely by the Russian military. The S-400 ensures air defense using long- and medium-range missiles that can hit aerial targets at ranges of up to 400 kilometers (almost 250 miles).

In what is a prime example of twisted logic, President Recep Tayyip Erdogan warned Russia against using its ultra-modern S-400 air defense system to shoot down Turkish fighter jets if they violate Syrian airspace just days after Ankara brought down a Russian Su-24 bomber.