Home Military US Accused by Iraqi Commander of Aiding ISIS 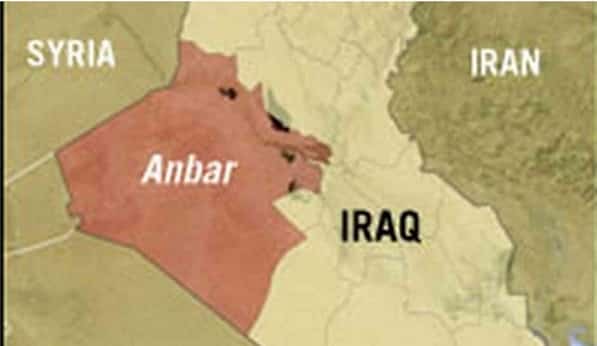 TEHRAN (FNA) – A commander of Iraq’s volunteer forces (Hashd al-Shaabi) complained that the US meddling in the fight against the ISIL has impeded their victory over the Takfiri terrorist group and prevented them from winning back the strategic cities of Ramadi and Fallujah.
“The US meddling prevents the Iraqi army and popular forces from concluding their battles against the ISIL in Ramadi and Fallujah cities,” Commander of Imam Khamenei Battalion Haidar al-Hosseini al-Ardavi told FNA on Sunday.

He noted that the US is doing its best to prevent mop-up operations by the popular forces in Anbar province. Al-Ardavi underlined that prolonging the Anbar battle will also negatively influence the Iraqi army’s battles against the terrorists in other provinces.

In September, an Iraqi analyst said that the US is using some tribesmen in the Western province of Anbar to pressure the government in Baghdad to keep the popular forces away from the battle against terrorists in the volatile region.

Mohammad Na’na expressed regret that Washington has succeeded in persuading certain tribal leaders in Anbar to join its so-called war on the ISIL.

“Washington is pressuring the Iraqi government to exclude the popular forces from the Anbar province mop-up operations,” he told FNA.

Na’na, meantime, warned against the United States’ negative role in the war on ISIL, saying field reports show that the US ground troops have played no role in the operations that led to the liberation of Anbar.

Iraqi Foreign Ministry Spokesman Ahmad Jamal announced in September that Baghdad had rejected Washington’s demand for the deployment of the US ground force to Iraq’s war against the ISIL.

“Some of the US military officials and generals of the anti-ISIL coalition forces have indirectly underlined the necessity for dispatching the US ground troops to Iraq to join the combat against the terrorist group,” Jamal said.

“But, Iraq is opposed to the presence of any ground force from the US or any other member states of the coalition in the fight against the terrorist groups, because the Iraqi people do not want to see any foreign soldiers on their soil and they do not want to experience the bitter taste of the US military presence on their land once again,” the spokesman added.

Also in September, the Iraqi popular forces known as Hashed Al-Shaabi also underlined their opposition to the US forces’ partnership in fighting against terrorists in the Western province of Anbar.

“The US will not sacrifice even one of its soldiers for Iraq and their present meddling in the government’s affairs is a plot to disintegrate Iraq,” Karim al-Nouri, a commander of the popular forces, said.

He reminded that Hashed Al-Shaabi had earned many victories against the terrorists, and said, “Therefore, the popular forces will not wait for anyone’s permission and will continue fighting against the ISIL.”