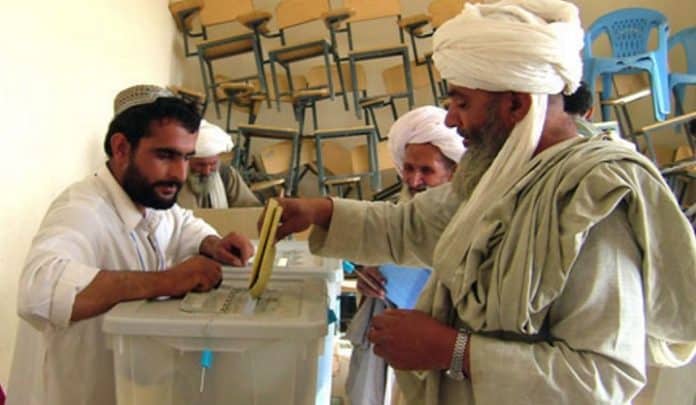 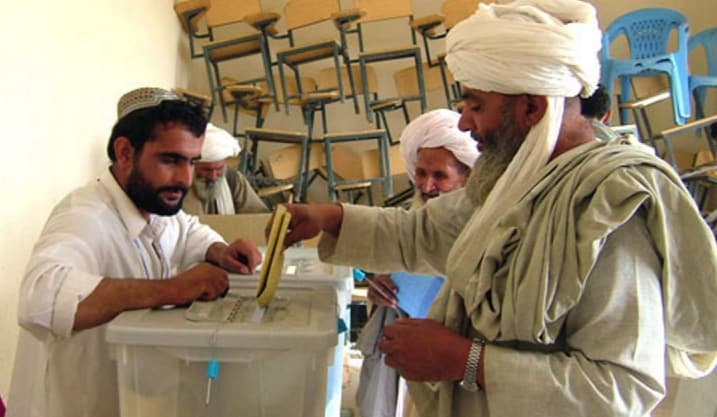 In the last year’s presidential election, the forerunner candidates tore their throats shouting promises for a better life. The contestants were spending roughly 1m$ a day over election campaign in the poorest country of the globe. They were lobbying rhetorically to move Afghanistan into a new phase with robust economy, plentiful occupations, restored security and many mythical developments.

The Afghan people were frustrated even before the six-month-long election results were announced. Afghanistan got into a new crisis as opposed to their slogans that still persists and grows.

Many called the Afghan Independent Election Commission [IEC] a “dependent entity” favoring certain nominee. It was at stake of infiltration by powerful elements and releasing contradictory statistics.

As a result, instead of one president, two leaders took presidential office, something wholly contrary to the Afghan Constitution. Along with Ashraf Ghani as president, Abdullah was appointed as CEO to avoid his opposition movements against the government.

Surveys conducted by various sources have shown that the two leaders are losing the popularity amid total instability of Afghanistan.

The ordinary people of Afghanistan deride the two leaders with different labels. They pour scorn on Ashraf Ghani and dismiss him as “second world thinker”. People say he was ranked as world thinker by an incredible website with fewer voters. While Abdullah is contemptuously reputed for his pricey and colorful suits that doesn’t fit the ill-fated nation they rule.

It was unfortunate for the so-called “national unity government” [NUG] that their assumption of power came simultaneously with the U.S forces withdrawal which was predicted by Afghan experts as starting point of economic slowdown and insecurity exacerbation in the country.

Ashraf Ghani chose to head towards Pakistan first instead of India, in contrast to ex-president Hamid Karzai’s policy of support of India. However, Ashraf Ghani’s peace efforts didn’t meet with success. Things during Ashraf Ghani’s government are going even worse than that of Hamid Karzai, making some people to prefer Karzai’s govt. over Ghani’s.

According to reports, Ashraf Ghani had earlier issued a decree to the Afghan ministry of finance to pay a regular sum of around USD 400,000 a month to office of Hamid Karzai. He’s paid under no rule and that his office staff is not functioning under govt. law.

This fund might come as “extortion” to Karzai’s office to withhold trouble-making for his government.  Reports add that before leaving office Hamid Karzai had ordered the presidential office of administrative affairs to keep paying a regular amount to some key officials of his administration even after his departure.

In the meantime, the two leaders have called the existing challenges a legacy left behind from Karzai’s administration. It is true Karzai has left a badly governed system behind, but it is not true to justify own failure on Karzai’s defaults. They [NUG] are provided the same budget and the same facilities to work hard to rid itself of Karzai’s so-called legacy.

The dual-leadership government is also the landmark for the rise of Islamic State. It was able to annihilate any single emerging element of Islamic State in the very beginning. It possesses satisfactorily powerful security force to deal with the security threats across the country, but they are “merely symbolic”.

“The Islamic State group has killed over 600 people since its emergence last year alone in Achin district of eastern Nangahar province of Afghanistan, and has forced many teenage girls to marry IS fighters” said Haji Ghalib, Achin district chief.

The NUG’s judicial corruption can be well exemplified with a single prominent case of “Farkhunda”. In March, she was relentlessly lynched by furious mob over burning of copies of Quran in the heart of Kabul. After perpetrators were arrested and some were sentenced to death, the court briefly reversed the convictions and re-sentenced them to 20 years in prison. It was result of what the people widely feared and predicted – rampant bribery. Now it is feared they would get earlier releases.

The number of unemployed Afghans is at the height and the daily long snaking queues in front of passport department depicts the weary face of Afghans trying to make way out of Afghanistan for a better life. Today’s mass outflow of people is not just because of insecurity, but a strangling unemployment.

According to reports, alone in 2012, approximately 1205 cases of suicide have been recorded, the figure which is recorded far high in 2015 so far. This is mainly the outcome of joblessness.

Positive aspect of the NUG is that you will barely find any Jihadist or warlord in the organogram of Ashraf Ghani’s government. This is while Hamid Karzai has warmly accepted former Jihadists and thugs in important slots of his administration. Karzai has acted like a conservative politician and had provided the ground for hundreds of incompetents to avail the govt. funds and become millionaire. But Ghani’s denial of Jihadists also doesn’t mean he leads a good organizational structure.

This move was criticized by some key Jihadist leaders. They claimed they have the right to hold share in Afghan government out of what they have endured loss and dedication during Jihad in early 90s. This would be the least action that might have pleased the people of Afghanistan.

The NUG went through many deadly attacks in the country including the barrel bomb blast in Shah Shaheed area of Kabul city and the Kunduz attack. These attacks carved a deep fear in minds.

The former incident took place when reportedly a suicide bomber detonated an explosive-laden truck in the midst of residential area in Shah Shaheed locality at midnight, leaving more than 400 people dead or injured. While family members of the victims claimed it was a “barrel bomb attack” dropped from air by helicopter.

On the other hand, Hazara ethnic minority group has been experiencing a harsh infliction on their members in the recent times of new government. The route they commute by has become a perilous journey as reports speak of terror groups deployed to the high-way to target the members of this ethnic minority.

The present govt. of Afghanistan with the illegal distinction of “double-leadership” was formed, in some analyzer’s words, to prevent likely economic and security ebb and a possible chaos by backers of the losing side.

The government was established as a result of political compromise between the two leaders – Ashraf Ghani and Abdullah. If so then the people’s votes have gone to the waste and millions of dollars of funds for election have been squandered.

The last year’s prolonged election denigrated an already “dim democracy” and highlighted the bad governance in Afghanistan to the world.

A broad range of people think the NUG is the hatch of a deal between the two and it doesn’t represent their vote at all.

Following Karzai’s pre-election pledges that didn’t materialize, Ashraf Ghani and Abdullah also overstated even bigger promises which have not come to reality and never would.

The CEO Abdullah’s powers are not much lower than the president. They have reportedly argued on many high-level appointments in government. People talking about the leaders say they are busy sharing power than paying heed to their plight.

If you take a look at the comments of Afghan people on Ashraf Ghani and Abdullah’s posts in the social media networks, you will “hardly find” someone with positive feedback or compliments, though obscenities. Now a large set of critic countrywide use the term “national terror government” for the “national unity government” as a symbol of dissidence.

Earlier this year, Ashraf Ghani’s lingering works to announce the cabinet members – just like Hamid Karzai – cost him to be called an act of “national treason” by Afghan parliament members. Afghan MPs had spoken of neighboring state’s role in picking the designate-ministers.

An Afghan member of parliament from Kandahar province had said “government is awaiting the list of Pakistani delegates to see how much share ISI wants in the cabinet”. The months-long delay in nomination incurred financial and economic losses to the people following grave financial and security consequences of the controversial presidential election.

Ashraf Ghani and Abdullah have been the eye-witnesses of the past-15-years-largest Afghan refugees outpouring into Europe or again into the immediate neighboring countries – Pakistan and Iran. After Germany determined to send Afghan refugees – whose asylum-seeking application was rejected – back home following a dialogue with Afghan side, Ashraf Ghani accepted to receive them back in the country.

Ashraf Ghani’s “yes” to German appeal was peppered with sharp responses and backlash inside the country. The critics argued that Afghanistan is in no state to receive the refugees. Every corner of the country is threatful. Yet there are no employment opportunities and good health services, and the paramount is “no security”.