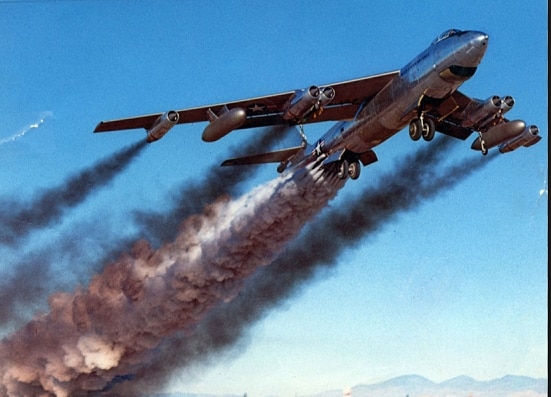 By Christopher B. Kuch, PhD

The US has about 17 permanent bases in The NATO alliance in Europe with roughly 75,000 armed forces personnel.  This varies from year to year with deployments.  They are there to protect our NATO allies and provide a forward deployment of US forces.  There are about 800 military, including US NATO, bases around the world today (Vine, 2015).  This costs the US billions of dollars annually to maintain and pay for the troops stationed there.  In addition we pay rent for these bases albeit some host countries pay between 20-50% of new construction and maintenance.  Yet, no NATO member has a base within the US except some Canadian forces station in our nuclear facilities.  This article proposes that a more fair distribution be made to provide protection not only for overseas NATO members, but protection for our homeland within the US.

With the increase of Muslim attacks worldwide, eventually they will be attacking us more on American soil. The US should require all member countries except Turkey (an Islamic country which would face extreme opposition) to build and maintain military bases in the US.  They can train with us more often and provide economic stimulus in the areas that they have bases.  Finally, they can be utilized on our southern border to protect our homeland.  We are on their borders protecting them, paying them for this, so this seems only fair.  If a country does not want or cannot build a base in the US, we should close our bases in their country—let Putin protect them against Putin, or the guy with a funny haircut in N. Korea…

It costs billions of dollars each year to build and maintain bases, along with paying the salaries of US armed forces personnel in Europe annually.  Closing obsolete and no longer needed bases is vital to shifting funds in other needed areas of the military.  Such as newer weapons, aircraft, and carriers.  Germany, Portugal, and Britain have been angered over our closing of bases because of the economic impact in those areas.  Well, it seems fair for those countries and most others in NATO to “throw us a dog bone” and build some bases in our homeland—protecting us and providing economic stimulus in our local communities.  This must be a two way street.  America is tired of propping up the local economies of foreign communities while our own are in desperate need of financial assistance thru increased local business activity.

The argument that we need rapid response large scale units in Europe falls short in the 2015’s.  We have long range missiles, air craft carriers, submarines with missiles and destroyers stationed in the area 24/7. If that is believed to not be enough by our European allies, then they should start to buy, build, and maintain their own defense systems.  America’s economy in the last ten years cannot continue to fund foreign military protection and must be borne by the countries themselves.  If our NATO allies are economically unable to protect themselves, then their governments need to be replaced by their people.  If the US has to be the main source of protection, we might as well get paid completely to do it.  It is arguably believed that the vast number of Americans would prefer to protect the homeland first than some ally.  Enough is enough of spending US tax dollars outside the US where often times we are disliked.

Perhaps, a rethinking of NATO is in order.  The cost distribution is outrageous. NATO member States are supposed to fund 2% of GDP each for their military budgets.  America bears the burden on almost every financial and personnel front (Gera, Vanessa 2014).  Even members in NATO disagree on standing with us in times of need. One only needs to look at the number of troops contributed to NATO by each country and you can see the disproportionate numbers. America can continue to play the global manager of protection in the western world or we can share that responsibility with truly liked minded countries.

Advantages of Training with our Allies within the US

Constant training with our military partners is a big advantage for coordination and combat action.  While we do this annually with most partners it is clearly not enough.  Stationing friendly and ally military partners within the US gives us the opportunity to build relationships otherwise not afforded in short term one time meetings.  Daily interactions with the use of weapons, technology, glitches, and even English language can be a huge advantage to better unify our allies.  Understanding command and control procedures, different uniforms, and weapon systems can be greatly enhanced.

Should we have ally units within the US permanently, we can determine how the different tactical units work together, and eliminate any problems that may arise. Those bases might be built near or next to our bases that have the same units. Such as air bases to air bases, tank bases to tank bases, and infantry to infantry units.  Friendships will develop beyond a working professional team.  They will start to become a social unit understanding each other’s thoughts and beliefs.  The better they become as one unit, the better they fight as one unit.

Increasing Protection on our Southern Border

While we protect the borders in Europe against the former Soviet Union and the new “Putin Union” here at home there are no NATO members on our southern border.  Where are they? Obviously they don’t want to spend the money protecting our borders but again we are required by the NATO agreement to protect theirs.  Illogical and unfair to the American tax payer.  We are in a de facto war on our border with illegal immigrants and illegal drugs coming across.  As reports grow of terrorists crossing the border we should demand our NATO allies to help out.

We have some 30,000 troops in Germany (with about 174 ‘base’ sites), and 25,000 troops in Korea (a non NATO member with 83 bases), and even about 10,000 in The UK (Vine, 2015).  Why don’t they send about 10% of those troops to our southern border and that would give us 6,500 troops alone just from those three countries.  Imagine if all NATO members sent 10% back to the US and protected us like we protect their borders?  We would have well over 30,000 troops on the southern border.  That would clearly make a reduction in illegal crossings and put a huge threat to the drug lords alone.  These forces would augment our border patrol, stopping and detaining possible criminals directly on the border until our federal agents come or work directly with the border agents.  For that matter why doesn’t the federal government declare a federal war zone within one mile of the border, thus giving our military and by extension our military partners like NATO authorization to stop and detain independently (Kuch, Christopher B. 2015)?

Economic Advantages for us

Military bases bring massive economic gains to communities.  Congress always fights over base closures. Bases bring thousands of new jobs that continue for the life of the base.  They initially include construction jobs, private security and increases in restaurant and food industry.  After a base is established they continue to increase the local economic sector. Such as increases in the housing market, clothing, food, entertainment, and private education enrollment.  Associated with these are the industrial and commerce related funds to additional citizens of that area.  These include infrastructure improvements like; policing, fire, health care, and the automotive areas.

The tax base alone concerning a new base is massive. These funds can improve the public safety sector, health care, and education areas.  In addition they improve streets and bridges, public parks, and public utilities. Income taxes greatly increase, furthering the local government’s ability to provide more or better services.  While on the down side, crime might increase and streets might be more crowed, the advantages surely outweigh the disadvantages. Military personnel that commit crimes off the base are tried twice. Once for the civilian crime and afterwards they are tried in a military court.  As a result most armed forces are less likely to commit serious crimes off the base.

The cost of maintaining and providing personnel to European bases is astronomical. The total amount of money each year to build and maintain foreign military bases is $156 billion (Vine, 2015).  We get practically nothing for this investment except a forward base deployment of troops and planes.  In the modern world the next big war will not be won by conventional forces but rather by technology—weapons, missiles, and smart bombs.  We have plenty of those already stationed overseas on and with our navy. Should “Putin’s Union” start a large scale movement of troops, we can easily spot them via satellite and take counter measures by our navy.

With our true allies we gain vital coordination of troops on a daily scale.  We learn how to become truly one large unit with interactions, non-English speaking allies will learn English better, and understand each other’s weaknesses and strengths. Training can only be done daily if we are very close to each other in proximity because it is cost ineffective to mobilize troop deployments to a training area.

Our southern border is not a border but rather an unprotected huge area of land.  It is impossible for the present day numbers of border patrol agents to secure it.  While a high fence sounds great, illegals will cut and run thru them. We still need agents to stop them.  With thousands of more soldiers and agents there we can stop a huge amount of illegals and drugs from coming over the border.  Our NATO allies should help us protect our border just like we protect theirs.

When you build a new base, you are building a small city. With that comes all kinds of financial advantages. From new jobs to new tax payers.  A massive increase in sales of goods and services will be added to the local community.  Our NATO allies might complain that we are closing bases in their country, but so be it.  They should start helping us out instead of always the US helping out its friends. It’s time for NATO to pay up to America or leave NATO, which might be a good idea.

Dr. Kuch holds a PhD, MA, and MS in criminal justice.  He has written about a variety of police issues; federal and local.  His current research is about preventative terrorism policies.  He is a four year Vietnam Era Navy Enlisted Veteran. He lives in Istanbul, Turkey and is on the adjunct faculty at Galatasaray University.