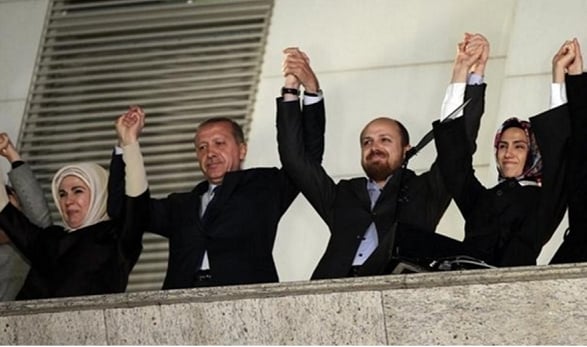 He noted that over 120 oil tankers that were destroyed in the Russian airstrikes belonged to the Turkish Bayrak Company owned by Erdogan’s son-in-law who is also Turkey’s energy minister, Berat Al-Bayrak.

He noted that Bayrak Company has 500 oil tankers.

Pamir said that the deal between Turkey and the ISIL dates back to summer 2012 when the Takfiri terrorists took control of the city of Raqqa.

President Recep Tayyip Erdogan has dramatically vowed to leave office if any proof is provided that Ankara has been buying oil from the terrorist group Daesh (ISIL).

Earlier today, the Russian defense ministry announced that Erdogan and his family members are directly involved in illegal oil deliveries from ISIL oil fields in Syria.

Turkey’s leadership, including President Erdogan and his family, is involved in illegal oil trade with ISIL militants, the Russian Defense Ministry said, stressing that Turkey is the final destination for oil smuggled from Syria and Iraq.

However, since the start of Russia’s anti-terrorist operation in Syria on September 30, the income of the ISIL militants from illegal oil smuggling has been significantly reduced, the ministry said.

“The income of this terrorist organization was about $3 million per day. After two months of Russian airstrikes their income was about $1.5 million a day,” Lieutenant-General Sergey Rudskoy said.

At the briefing the ministry presented photos of oil trucks, videos of airstrikes on ISIL oil storage facilities and maps detailing the movement of smuggled oil. More evidence is to be published on the ministry’s website in the coming says, Rudskoy said.