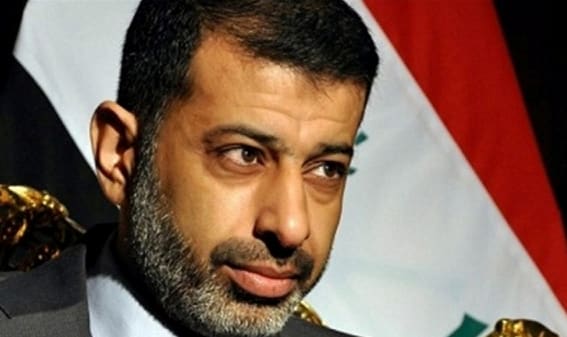 TEHRAN (FNA)- A senior Iraqi lawmaker blasted the Turkish government for impeding delivery of Russia’s military helicopters to his country.

“Turkey is preventing the delivery of eight Russian military helicopters to Iraq, because Turkey does not allow the Russian helicopters to fly over its territory,” the Russian-language website of Sputnik news agency quoted Ammar Tomeh as saying on Friday.

He noted that an Iraqi military delegation during a visit to Moscow last month presented a report to the Russian Government about this problem.

Tomeh said that the eight helicopters are to be delivered by Russia to the Iraqi army as part of the military agreements signed by the Russian and Iraqi governments.

In relevant remarks in late November, a senior Iraqi lawmaker said that the Turkish government has created problems in the way of Russia’s arms aid to Iraq.

Al-Assadi said that the Iraqi government should make use of Iran’s military hardware as alternate to Russia’s.

The senior Iraqi lawmaker said that Tehran should do marketing for its weapons in Iraq and other regional countries.

The Iraqi Parliament’s Security and Defense Committee has accused Turkey of preventing the Russian helicopters from carrying weapons to Iraq.

The Iraqi parliament has, instead, called for handing over the Russian military choppers to Iran and from there to Iraq.

In early October, Chairman of the Iraqi parliament’s defense committee said Baghdad wants Moscow to have a bigger role in the anti-terrorist campaign in Iraq than the US and may soon officially request to start airstrikes on its soil.

The Iraqi official added that the decision would depend on how efficient the Russian campaign in Syria will prove to be.

On September 30, Russia started carrying out airstrikes in Syria against the positions of the ISIL, a terrorist group originating in Iraq, which also grew a power base in neighboring Syria and launched a surprise offensive in Iraq, taking control of large parts of both countries.

Iraq is supporting the campaign by sharing intelligence with Russia through a communication center in Baghdad.

According to Zamili, the center’s role may be expanded to coordinate Russia’s future airstrikes in Iraq.