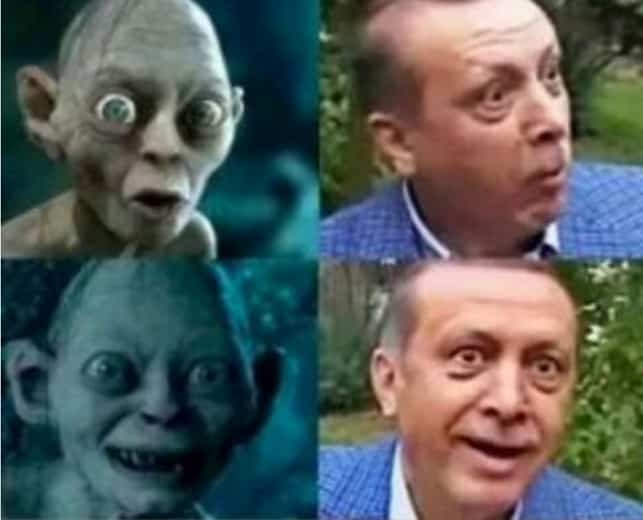 Almost 100 people have been taken into custody on charges of insulting President Recep Tayyip Erdoğan in the past 10 months, according to a human rights report released by the Republican People’s Party (CHP) on Saturday.

The report, launched by CHP İstanbul deputy Sezgin Tanrıkulu, says 66 of the 98 people arrested were held on trial.

Recently, physician Dr. Bilgin Çiftçi was accused of insulting Erdoğan after sharing a meme comparing the president’s facial expressions to those of Gollum, a character in “The Lord of the Rings” movies. A court has demanded an expert examination of the films and Gollum’s character to determine whether a comparison with him is actually an insult.

In October, Çiftçi was expelled from the Public Health Institution of Turkey (THSK) after sharing the meme and allegedly insulting the president.

According to the report, 5,795 people were taken into custody — 982 of which were arrested — between January and Oct. 7, 2015 regarding issues pertaining to human rights.

Hundreds of people have been charged and others detained after being accused of insulting Erdoğan since he was elected president in August 2014. Journalists and public figures critical of the government in particular have been targeted by the police and prosecutors on the grounds that they have insulted the head of state.