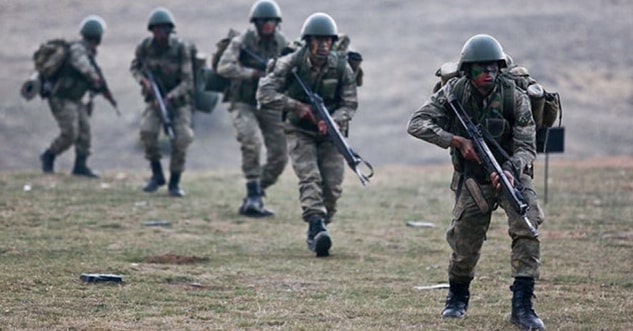 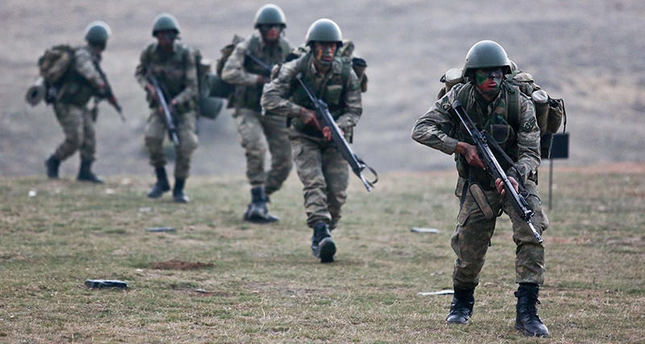 Editor’s note:  The piece below is by a government controlled press outlet and gives Erdogan’s version of events to which Baghdad and reality differ considerably.

Turkey’s military presence in the Bashiqa Mosul region will increase, reports say. More Turkish soldiers will soon arrive to help ready Arabs and Kurdish Peshmerga forces for combat against DAESH, which has held the province since June 2014.

Together with 1,200 soldiers, Turkey has currently 500 mechanized troops in Bamarni, mostly tanks and infantry. Another 400 commando troops are stationed at the border town of Kanimasi. Twenty to 25 tanks were also reportedly dispatched to the area. Turkish news outlets reported that the number of soldiers is expected to climb soon. Previously on Friday, 150 Turkish soldiers equipped with heavy weapons arrived at the outskirts of the DAESH-held province in Northern Iraq.

Diplomatic sources indicated that the decision to send in reinforcements was done with the explicit approval of the government in Baghdad and the Kurdistan Regional Government (KRG). Sources told Daily Sabah that soldiers were accompanied by armored vehicles due to security reasons.

“Turkish soldiers have reached the Mosul Bashiqa region. They are there as part of routine training exercises. One battalion has crossed into the region,” another source has previously said.

Sources told Daily Sabah that Turkey has trained 2,500 troops from the Kurdish peshmerga forces and 1,250 Arab troops and the aim is to increase this number to 14,000 troops.

Turkish soldiers have been in the region to train Kurdish Peshmerga forces and Arab troops for the past two-and-a-half years. Turkmens from Tal Afar who fled DAESH in northern Syria will also be trained according to Turkish news reports on Sunday. With the operation, Ankara also is planning to rule out speculations about its alleged sectarian double standard.

In March, both Turkish and Iraqi officials had remarked that Turkey will take part in the operations in Mosul against DAESH. The exiled governor of Mosul, Atheel al-Nujaifi claimed on March 1 that Turkey will take part in the offensive and it has agreed to send weapons and supplies to recapture Mosul. Referring to these claims, Defense Minister İsmet Yılmaz said that when the time comes, Turkey would make the necessary assessments along with the nation’s interests and fulfill its responsibilities that come with being a member of the coalition against the group.

DAESH took control of the city on June 10, 2014. It is currently the biggest city that the terrorist organization holds and is Iraq’s economic and cultural center. Forty-six Turkish citizens – diplomats, consular officials and their families – and three Iraqi citizens working for the consulate were kidnapped from the Mosul consulate on June 11 by DAESH, a day after it took control of the city. The hostages were freed later on and brought back into the country after 101 days, on Sept.20.

Over the latest developments in the region, officials in the Kurdistan Regional Government (KRG) have expressed their appreciation to Turkey. The KRG’s deputy peshmerga minister, Mjr. Gen. Karaman Kemal Omar, said Saturday that the training given by Turkish soldiers had made “a huge contribution” to an operation by Iraqi Kurdish forces to retake Sinjar from DAESH on Nov. 12.

Moreover government spokesman Safin Dzayi said Saturday that the mobility witnessed in the region is actually in the context of Turkey’s fight against DAESH as a part of the international coalition.

In an official statement issued by the KRG, it said, “Within the framework of the international coalition against the Islamic State terrorist organization, ISIS [DAESH], Turkey opened two military training bases for peshmerga forces at the end of 2014 in Soran and Qalacholan districts, in the Kurdistan region.

Yet the government in Baghdad has reacted angrily to the issue and Iraq’s foreign ministry summoned the Turkish ambassador to Baghdad on Saturday demanding their immediate withdrawal.

Iraqi President Fouad Massoum on Saturday also called the deployment of Turkish troops near Mosul “a violation of international norms and law” and said it would raise regional tensions.

In an online statement, Massoum called on Turkey to withdraw the forces and asked Iraq’s foreign ministry to take the necessary measures to preserve the country’s sovereignty and independence.

After the incident, Baghdad said the entry of “around one armed battalion” of Turkish troops to the northern Nineveh area was a violation of its sovereignty and called on the Turkish forces to withdraw immediately, according to the prime minister’s media office.

The foreign ministry described the Turkish activity “an incursion” and rejected any military operation that was not coordinated with the federal government in Baghdad.

A U.S. official told Daily Sabah that the operation was conducted within the U.S.-led coalition’s knowledge but coalition forces did not take part in the operation.

“We are aware of the Turkish presence in northern Iraq, which is not associated with Operation Inherent Resolve or coalition efforts,” the official said.