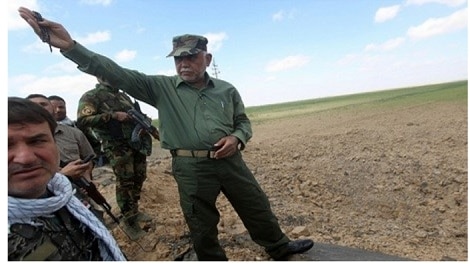 ERBIL, Kurdistan Region — Hadi al-Ameri, the head of the militant Shiite Badr Organization, has said his group would fight Turkish forces if Ankara continued deploying forces to Nineveh province ostensibly to support Kurdish forces fighting ISIS, a deployment that has been harshly opposed by the Shiite-led central government in Baghdad.

“Violations of Iraqi territory will be responded to. We are strongly against it,” Ameri said making a speech at Al-Mustansiriya University in Baghdad Monday. “We know about the project to divide Iraq, but with God’s help it will be defeated.”

“Turkish tanks will be blasted if they don’t leave Iraq immediately. You shot down a Russian warplane just because of seven seconds, and now how could you violate Iraqi sovereignty?” he continued.

Ameri also called on the Iraqi government to react to the action more strongly and for Iraqis to demonstrate against the deployment on Friday.

Turkish soldiers were deployed to provide training for Kurdish forces in an area near the northern Iraqi city of Mosul last week.