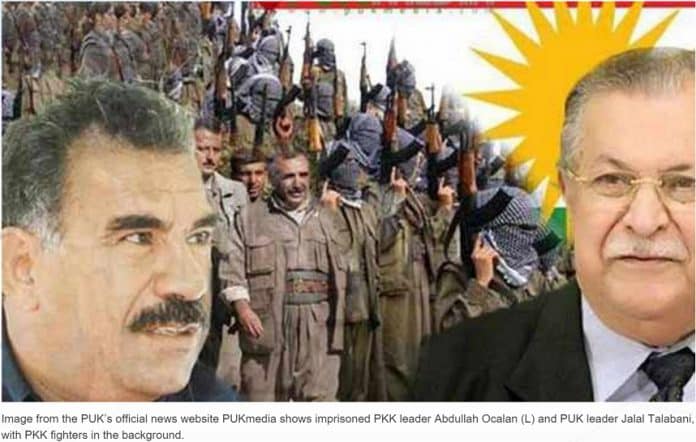 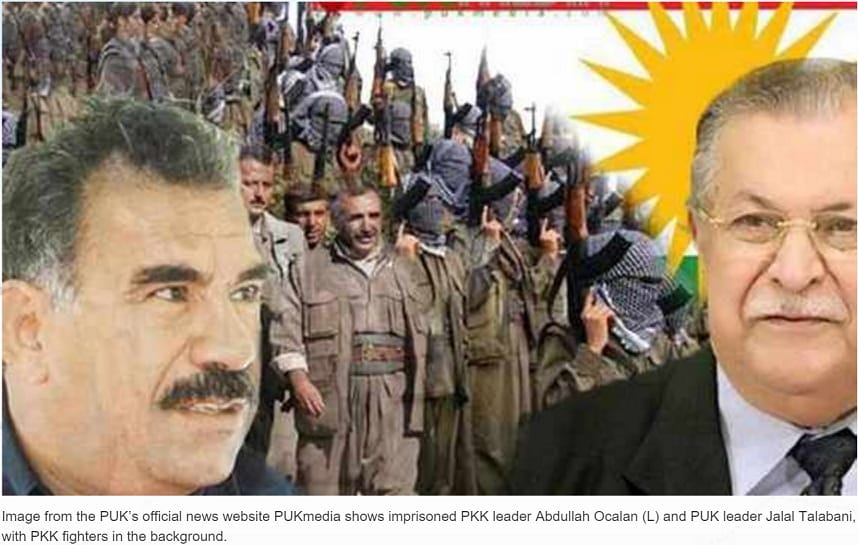 Two of the biggest Kurdish parties, the Patriotic Union of Kurdistan (PUK) and the Kurdistan Workers’ Party (PKK), have joined forces to try to curb the power of Massoud Barzani, the president of the Kurdistan region, in Syria. This is happening while Barzani has been working together with Turkey to limit the PKK’s influence in Syria.

Relations between Kurdish political parties from Iran, Iraq, Turkey and Syria have always been tense. This is the result of the Kurdish areas being divided between Iran, Iraq, Syria and Turkey, meaning Kurds are not united geographically. The different policies of Kurdish parties allegedly played a role in the delay of the National Kurdish Congress that was supposed to take place in September, but is now delayed until Nov. 25.

An example of these intra-Kurdish relations is the relationship between the PKK from Turkey led by the imprisoned Abdullah Ocalan, and the PUK headed by Jalal Talabani, the president of Iraq.

From time to time, the two parties cooperated against the Kurdistan Democratic Party (KDP) of Massoud Barzani in Iraq, especially during the Kurdish civil war in the 1990s. But the PUK and PKK also fought each other. For instance, in 2002, the PKK-affiliated Kurdistan Democratic Solution Party (PCDK) wanted to form militias to protect itself against the PUK. Now, relations are quite good, and the PCDK participated in the elections in the Kurdistan region on Sept. 21.

Currently, the KDP controls the provinces of Dahuk and Erbil, while the PUK controls Sulaimaniyah. The PKK controls the Kandil mountains near the Turkish borders from where they carry out cross-border attacks against Turkish targets — although there is a cease-fire now.

Omar Sheikhmous, one of the founding members of the PUK, said,

“The relations between PUK and PKK have been good and cooperative in recent years, especially since 2007. The main reason has been the mediation efforts by Mr. Jalal Talabani, general secretary of the PUK, between the Turkish government and the PKK in finding a peaceful solution to the conflict. BDP’s numerous trips to Kandil have gone through the PUK and been facilitated by them.”

While the KDP is generally seen as the more tribal and conservative of the two, both the PUK and the PKK have a Marxist background. Furthermore, the KDP enjoys good ties with Turkey and sees Turkey as a gateway to more independence from Baghdad. The PKK’s main enemy is Turkey, while the PUK enjoys better relations with Iran. As a result, the ties between the PUK and PKK have improved.

Kurdish journalist Abdulla Hawez told Al-Monitor by e-mail, “There is a fact, the PYD is close to the Assad regime, which is an important allay of Iran, and the PUK is close to Iran, so their interests meet.” However, the PYD (Democratic Union Party) denies any relationship with Assad.

The different KDP and PUK policies can be seen through foreign visits by Kurdish leaders. While Kurdish President Barzani was present as a honorary guest at the party convention of the ruling Turkish Justice and Development Party (AKP) convention on  Sept. 30, 2012, PUK official Hikmat Kareem, better known as Mala Baktiar, spoke at the pro-Kurdish Peace and Democracy Party (BDP) convention on Oct. 14, 2012.

Moreover, both the PKK and the PUK oppose political Islam. “We are not against Islam, but against political Islam,” Mala Bakhtiar, a senior PUK official, told Al-Monitor on July 14.

These connections also resulted in military ties between the PUK and the PKK. Mahmud Sangawi, a military commander of the PUK, recently handed over his personal sniper rifle to the representative of the PYD to use it to fight against Islamist groups in Syria.

Moreover, while Syrian Kurdish parties do not have any fighters inside the YPG, Kurdish parties close to the PUK joined PKK militias in Syria, such as the Asayish, the People’s Defense Units (YPG) and the Free Syrian Army group, the Kurdish Front (Jabhat al-Akrad) that operates in mixed Arab-Kurdish areas in Syria.

On Aug. 15, Ali Mahmoud Hammoud, a member of the Kurdish Democratic Progressive Party (PDPKS), was killed in the countryside of Aleppo by armed Islamist groups. The PDPKS is funded by Talabani, while the Kurdish Democratic Party of Syria (KDP-S) is funded by Barzani, one of the main rivals of the PYD in Syria. It was therefore no surprise that PDPKS-leader Darwish visited the Kandil mountains to meet the PKK leadership in April 2013.

Analysts see the relations between PUK and the PKK as a counterbalance to Barzani’s relations with Turkey and Barzani’s policies in Syria.

“The PUK approach to the PKK is a tactic, not a strategy. It is, as a matter of fact, in reaction to Barzani’s heavy involvement in Turkey-Kurdish affairs, but also in the Syrian-Kurdish affairs. It is an attempt to be included,” Roman Zagros, editor of Insight Kurdistan, told Al-Monitor by e-mail.

These ties also resulted in 214 ex-PKK fighters joining the PUK in May. Although the PKK does not like its members to leave the PKK, the PKK didn’t see ex-PKK members joining the PUK as an “obstacle in KCK-PUK relations,” said Zagros Hiwa of the Kurdistan Democratic Communities Union (KCK), which runs the PKK. Moreover, there have been several meetings between the PUK and PPK-affiliated parties in Europe and also in Kurdistan.

The Supreme Kurdish Council, a joint body which was established as a result of pressure by Barzani on the PYD to share power, allegedly didn’t work because cooperation between the PUK and PKK allowed them to dominate important positions in the council.

While PUK-supported parties and the PKK-affiliated Democratic Union Party (PYD) work together in the Supreme Kurdish Council and on the ground, the KDP-backed Kurdish parties accuse the PYD of excluding them and reject the domination of the Kurdish areas by PYD’s militia, the YPG. As a response, the KDP closed the unofficial Peshkapor border with Syria. Both the PYD and the PUK have criticized this border closing.

Tahir Kemalizade, co-chair of the Kurdistan National Congress (KNK), a PKK organization, in a meeting with the PUK in August, said “Closing the gate is not a solution because Rojava [Syrian Kurdistan] needs more help than it needed before.”

Washington-based columnist and Kurdish expert Mutlu Civiroglu told Al-Monitor on Sept. 18 by e-mail: “In my opinion, PUK has been trying to use the worsened relations of between PYD and KDP to have some political gains from its historical rival.”

But the relations between the PUK and PKK might be changing in Syria. Recently, the Kurdish National Council decided to join the Turkey-backed opposition group, the Syrian National Coalition. The PUK-affiliated Kurdish politician Hamid Darwish supported this deal.

Civiroglu told Al-Monitor that this is the result of a recent rapprochement between Barzani-backed KDP-S leader Dr. Abdulhakim Bashar’s Kurdistan Democratic Party (KDPS) and Talabani-backed PDPKS-leader Hamid Darwish’s Kurdish Democratic Progressive Party (PDPKS). “As a result, both parties agreed to join the Syrian National Coalition despite the objection of PYD and some other parties who claim the Supreme Kurdish Council should be the one who sings deals with the opposition.”

It thus remains to be seen if the PKK and the PUK will continue to work against Barzani’s allies in Syria in the future. This will also depend on the relations between the PYD and parties backed by Barzani, and whether the upcoming Kurdish national congress in November is successful.

Wladimir van Wilgenburg is a political analyst specializing in issues surrounding on Kurdish politics. He has written extensively for Jamestown Foundation publications and other journals such as the Near East Quarterly and the World Affairs Journal. He currently writes for the Kurdish newspaper Rudaw. On Twitter @vvanwilgenburg