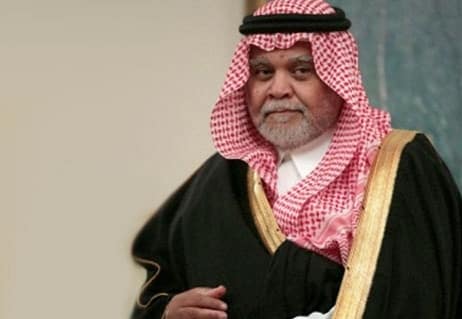 TEHRAN (FNA)- Some time before 9/11, Prince Bandar bin Sultan, once the powerful Saudi ambassador in Washington and head of the Saudi intelligence until a few months ago, had a revealing and ominous conversation with the head of the British Secret Intelligence Service, MI6, Sir Richard Dearlove.

Prince Bandar told him: “The time is not far off in the Middle East, Richard, when it will be literally ‘God help the Shiite’. More than a billion Sunnis have simply had enough of them.”

According to Times of India newspaper, the fatal moment predicted by Prince Bandar may now have come for many Shiites, with Saudi Arabia playing an important role in bringing it about by supporting the anti-Shiite jihad in Iraq and Syria. Since the capture of Mosul by the Islamic State of Iraq and the Levant (ISIL) on 10 June, Shiite women and children have been killed in villages South of Kirkuk, and Shiite air force cadets machine-gunned and buried in mass graves near Tikrit.

In Mosul, Shiite shrines and mosques have been blown up, and in the nearby Shiite Turkoman city of Tal Afar 4,000 houses have been taken over by ISIL fighters as “spoils of war”. Simply to be identified as Shiite or a related sect, such as the Alawites, in Sunni rebel-held parts of Iraq and Syria today, has become as dangerous as being a Jew was in Nazi-controlled parts of Europe in 1940.

There is no doubt about the accuracy of the quote by Prince Bandar, secretary-general of the Saudi National Security Council from 2005 and head of General Intelligence between 2012 and 2014, the crucial two years when al Qaeda-type Jihadis took over the Sunni-armed opposition in Iraq and Syria. Speaking at the Royal United Services Institute, Dearlove, who headed MI6 from 1999 to 2004, emphasized the significance of Prince Bandar’s words, saying that they constituted “a chilling comment that I remember very well indeed”.

He does not doubt that substantial and sustained funding from private donors in Saudi Arabia and Qatar, to which the authorities may have turned a blind eye, has played a central role in the ISIL surge into Sunni areas of Iraq. He said: “Such things simply do not happen spontaneously.” This sounds realistic since the tribal and communal leadership in Sunni majority provinces is much beholden to Saudi and Persian Gulf paymasters, and would be unlikely to cooperate with ISIL without their consent.

Dearlove’s explosive revelation about the prediction of a day of reckoning for the Shiite by Prince Bandar, and the former head of MI6’s view that Saudi Arabia is involved in the ISIL-led Sunni terrorism, has attracted surprisingly little attention. Coverage of Dearlove’s speech focused instead on his main theme that the threat from ISIL to the West is being exaggerated because, unlike Bin Laden’s al Qaeda, it is absorbed in a new conflict that “is essentially Muslim on Muslim”. Unfortunately, Christians in areas captured by ISIL are finding this is not true, as their churches are desecrated and they are forced to flee. A difference between al Qaeda and ISIL is that the latter is much better organized; if it does attack Western targets the results are likely to be devastating.

The forecast by Prince Bandar, who was at the heart of Saudi security policy for more than three decades, that the 100 million Shiites in the Middle East face disaster at the hands of the Sunni majority, will convince many Shiites that they are the victims of a Saudi-led campaign to crush them.

Western governments traditionally play down the connection between Saudi Arabia and its Wahhabist faith, on the one hand, and Jihadism, whether of the variety espoused by Osama bin Laden and al Qaeda or by Abu Bakr al-Baghdadi’s ISIL. There is nothing conspiratorial or secret about these links: 15 out of 19 of the 9/11 hijackers were Saudis, as was Bin Laden and most of the private donors who funded the operation.

The difference between al Qaeda and ISIL can be overstated: when Bin Laden was killed by United States forces in 2011, al-Baghdadi released a statement eulogizing him, and ISIL pledged to launch 100 attacks in revenge for his death.

But there has always been a second theme to Saudi policy towards al Qaeda type Jihadis, contradicting Prince Bandar’s approach and seeing Jihadis as a mortal threat to the Kingdom. Dearlove illustrates this attitude by relating how, soon after 9/11, he visited the Saudi capital Riyadh with Tony Blair.

He remembers the then head of Saudi General Intelligence “literally shouting at me across his office: ‘9/11 is a mere pinprick on the West. In the medium term, it is nothing more than a series of personal tragedies. What these terrorists want is to destroy the House of Saud and remake the Middle East.'” In the event, Saudi Arabia adopted both policies, encouraging the Jihadis as a useful tool of Saudi anti-Shiite influence abroad but suppressing them at home as a threat to the status quo. It is this dual policy that has fallen apart over the last year.

Saudi sympathy for anti-Shiite “militancy” is identified in leaked US official documents. The then US Secretary of State Hillary Clinton wrote in December 2009 in a cable released by Wikileaks that “Saudi Arabia remains a critical financial support base for al Qaeda, the Taliban, LeT [Lashkar-e-Taiba in Pakistan] and other terrorist groups.”