Home World What Taliban’s division tells about their future role? 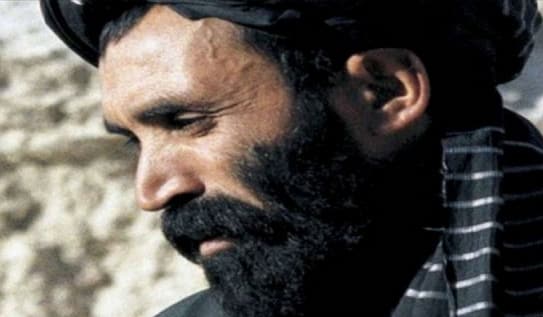 By Masud Wadan, for VT

In the past three years when Mullah Omar was dead, Mullah Mansoor was secretly heading the Taliban leadership. He used the name of Mullah Omar to lead the ranks of the Taliban fighters, who eagerly battled with the illusion of “Mullah Omar on the top of them”.

Despite being close to Islamabad, Mullah Mansoor faced with constant resistance since ever the day of occupying the power. He was even accused of murdering Mullah Omar. He is not as influenced as his deceased leader. He apparently was an imposed leader as many rank and files haven’t submitted to his rule.

Now what has heated up around the Taliban is the dead report of Mullah Mansoor. Spokesman to Mullah Rasool, a breakaway Taliban faction, says Mullah Mansoor is dead. He has reportedly been assassinated or succumbed to injuries along with his four bodyguards. But Taliban spokesman denied any assassination attempt.

Many issues have raised Mullah Mansoor as an inappropriate leader for the Taliban such as concealing of Mullah Omar’s death, assisting Islamabad with respect to arrest of Mullah Abdul Ghani Beradar, being accused of killing Mullah Daddullah, Mullah Raqeebullah and Mullah Obaidullah.

On the other hand, Mullah Mansoor’s opposition accuses him of drug smuggling, financial corruption, ties with Pakistan’s ISI and Iranian revolutionary guards.  While supporters of Mullah Mansoor link its opposition splinter to the Islamic State.

Mullah Mansoor released an audio message rejecting his dead rumors and calls it the deed of his enemies, though another Taliban source claimed he is dead. If he was alive he would have revealed a video message.

Reports also state Mullah Heibatullah has filled the gap of Mullah Mansoor right after his murder.

All this mess is happening beyond the border in Pakistan’s Quetta where no international anti-terrorist party is allowed to monitor the situation and prepare a foolproof report about it.

Pakistan was looking to resolve Taliban’s internal rivalry over power. Mullah Mansoor’s unexpected dead suggests that he was killed as result of planned attempt.

A report says some intelligence agencies – without being named – have been in pursuit of instigating conflict among the Taliban over the matter of leadership.

These Taliban leaders are of no any importance, as they are selectively installed to the leadership and later overthrown to stage a political game – as is now. Or they are removed when they come up with the least positive gesture to the peace effort.

The ongoing substitution game is on no account fruitful for the people of Afghanistan. It doesn’t matter for us who come and go, because they are stooges, they play into the hands of their lords, like robots.

If there was a real government in place, it should have directly dialogued with Islamabad, instead of wandering after the Taliban’s so-called true leaders for a peace debate.

Afghan High Peace Council is just a project – not a council – pumped with millions of dollars. The money makes way to the Taliban’s leaders inside Pakistan’s Peshawar, or somehow injects into terrorism. The peace campaign is not what it portrays but it runs with opposite outcome.

If we dismiss “the Taliban’s internal war” as “insignificant” and examine the situation realistically, we’d get to the point that the purpose of all these developments and contradictory statements is to draw and engage the regional and world thoughts around the Taliban. That is to say, it is some kind of media propaganda to put weight behind the role of the Taliban.

The controversy could likely grow to a third leadership on top of the two under Mullah Heibatullah and Mullah Rasool. This divergence may lead to creation of several Taliban leaderships and thus their financiers would seek double concessions from Afghanistan and world in the name of peace negotiation with the extremist groups.

Taliban are now growing to convert into a rather stubborn and hardly compromised force than ever before. The plan for revelation of the Taliban’s infighting by prompting disputes over power is outlined to underline the viability of the group to the world. This also uncovers that major conspiracies are underway to reshape the nature of war in the region.

On top of all is that the Taliban’s branched off factions will get absorbed into the Islamic State which has apparently signaled “No Peace Talks” and this is going to be the sole option for terrorist sponsors to keep putting match to the conflict.

The government in Kabul indirectly backs Islamabad in the [no] fight against terrorism. The Afghan double-leadership govt. believes the belligerent groups are “political opposition”, yet Karzai was calling them “Brothers”.

The first step Afghan side could take is to block the in-flow of militants along the border with Pakistan. This is an easy, handy and less costly solution for the Afghan govt. to effectively fight terrorism – if it really wishes so.

Weeks ago, Abdul Zaher Qadeer, first deputy of lower house of parliament blamed the “National Security Council” for supporting the Islamic State and claimed if he presents the “evidence” at hand, the Afghan government would collapse.

He had also claimed in a separate parliamentary session that the Islamic State leaders are roaming at liberty in security establishments and embassies in Kabul.

The autocratic govt. in Kabul has subdued the judiciary system; else such “evidences” should have been taken into account by the relevant branches upon emergence.

The Afghan Army is also the victim of the fabricated war

Afghan military rank and files were once the ordinary and stricken people of Afghan communities. They are victims of a war that is endless in sight.

Some of them joined army to defend the territorial integrity of Afghanistan while others to live off the barely sufficient salary amid endemic unemployment.

As of formation of Afghan military forces in 2003 to this moment, well over 20,000 Afghan military men have been killed in the various forms. They have been often left stranded and helpless out of their weak leaders.

Afghan military authorities are quick in recruitment but cares meagerly about their fate while in deadly operations in the core of the militant areas.

There are no exceptional benefits for the Afghan soldiers who heroically rescue lives of dozens by hugging suicide bombers, let alone those who are dying in action after downing scores of militants. The families of martyrs bear the burden of their loss with no shred of help offer by government.

The number of desertion in Afghan military is astonishing. Around 40,000 Afghan soldiers have reportedly walked off the rows in the span of Sept 2013 to Sept 2014, according to a report by CIGAR. The highly imminent death (high fatalities) and rumors about internal hands behind Afghan war has frustrated them to depart.