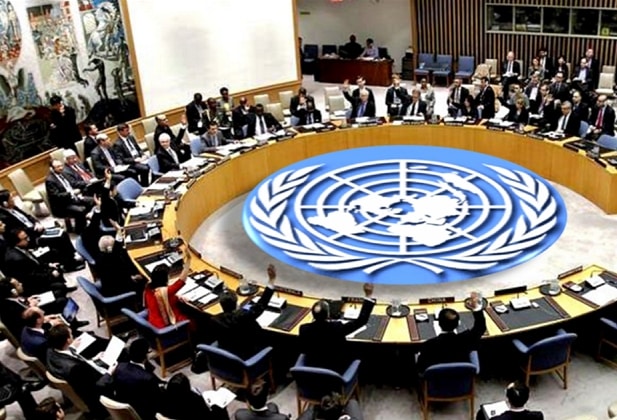 The UN Security Council has failed to condemn a terrorist attack in the city of Homs on Saturday that took the lives of 22 civilians, rejecting a Russian draft statement. Syria criticized the international community’s double standards.

Following a deadly attack in Homs, the Syrian Foreign Ministry sent two identical letters to the UNSC and the office of the Secretary General Ban Ki-moon condemning the series of terror attacks which took place in the country last week, urging the international community not to turn a blind eye to terrorism.

Following the plea, the Russian UN mission drafted a statement that condemned the Homs attack in particular, which the UNSC was quick to reject.

“Russia has prepared a draft statement for the UN Security Council in connection with the attack in Homs. The proposal was rejected,” the diplomatic source told RIA, adding that some of the members of the council disagreed with certain provisions in the document.

The exact content of the draft has not been shared, but on Saturday, Syrian Foreign ministry in its address to the UN stressed that Syria is suffering “a series of ongoing crimes against humanity,” urging the international community and members of the UNSC to cease financing terrorist groups in Syria.

On Saturday, a group of terrorists detonated a car bomb near a hospital in the center of Homs. At least 22 people were killed and more than 70 injured, hospital staff told RIA.

In addition to the attack on the hospital, Damascus brought attention to a triple truck bomb attack that killed up to 60 people and injured more than 80 in the town of Tell Tamer in Syria’s northeastern Al Hasakah province on Thursday.

In letters addressed to Ban Ki-moon and USCE, Syria insisted that these attacks could not have taken place unless these groups had not been supported from abroad.

The Syrian government reiterated that most of the terror attacks “would not have happened without … generous support with money, weapons and ammunition to the terrorist organizations as well as the political and media support provided by known countries such as Turkey, Saudi Arabia and Qatar,” the Ministry said, reported official news agency Sana.

Terrorist groups also receive “declared and undeclared support from members of the Security Council for the crimes of terrorists,” who hardly ever react to terror acts in Syria but “immediately condemn terrorist acts taking place in other places on unacceptable political and discriminatory basis,” the letter said.

Despite pleas from Damascus, the UNSC which is now chaired by the US, has rejected the Russian draft and failed to issue any statement on terrorist attacks in Syria, even though a day earlier the body condemned “in the strongest terms” the attack in the vicinity of the Embassy of Spain in Kabul, Afghanistan.

“The members of the Security Council underlined the need to bring perpetrators, organizers, financiers and sponsors of these reprehensible acts of terrorism to justice, and urged all states, in accordance with their obligations under international law and relevant Security Council resolutions, to cooperate actively with the Afghan authorities in this regard,” said the statement.

However the same courtesy has not, at least so far, been extended to Syria, with Damascus saying that “keeping quiet”about the ongoing terrorism in Syria is the same thing as supporting it, as silence strengthens the terrorists’ resolve.

Syria urged both UN bodies to “shoulder responsibility in combating terrorism, uproot it and dry up its sources,” and “punish”those who continue to support and finance terrorist activities.