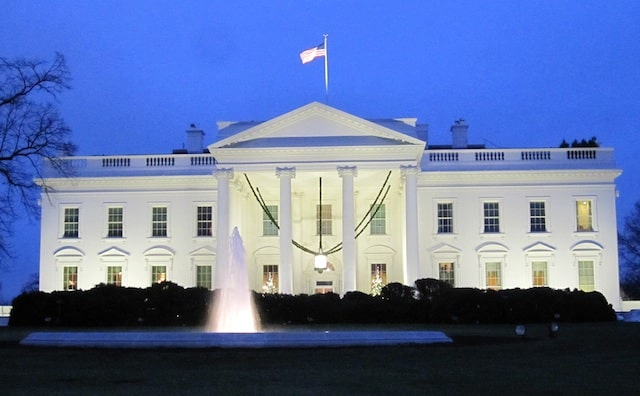 I have made a managerial decision.

I will NOT be covering the US presidential elections in 2016 in any way, shape or form.

It is my opinion the American people have no say in who their next President will be, and that the decision has already been made for them.

The most Americans can hope for is the choice of two people who have already been chosen and will be working for the same corporations, Wall Street bankers and investment houses that have always controlled the country, irrespective of the voting American public, their opinions or their needs. 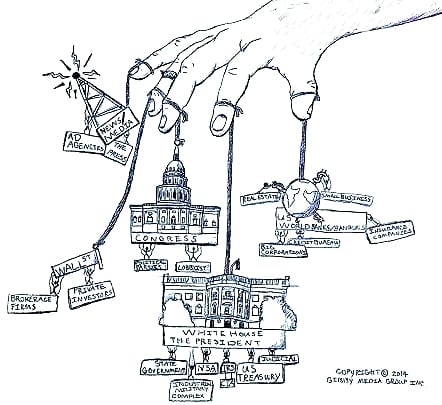 I have come to the conclusion that all presidents of the USA since the death of JFK have been chosen and elected by the Council of Foreign Relations, the Bilderberg Group, and the investors in companies like BlackRock, Blackstone, the Carlyle Group, the Vanguard Group, to name a few, and the Military Industrial complex, plus the main banks, such as J.P.Morgan Chase, Bank of America and Goldman Sachs, as well as AIPAC. Most if not all are members of the Bohemian Club.

The Federal Reserve Bank is only the tip of the iceberg.

What they cannot manipulate through mindless and continuous propaganda through the media, they will rig with voting machines in order to get their desired outcome.

American elections have become a dog and pony show where the American voters get to vote on who the next representative of the Vampire Squid will be, pretending to be a leader of a Nation when in fact he or she is a representative of Big business, Big Banking, Big Pharma, the Military Industrial complex etc. and has nothing to do with representing the American people, the country of America or their best interests at all.

I would much rather focus on the nefarious and upcoming TPP and TTIP agreements, whereby not only Americans, but all nations who agree to and sign into these agreements will lose their sovereignty, their right to self-determination and their Constitution and Bill of rights.

Wage laws, health regulations, environmental laws and due process through a just and equitable legal system will become meaningless. Monopolistic and hegemonic corporate colonialism with be the order of the day, along with censorship laws in any and all media outlets, including the Internet.

Many of the main players in this criminal and diabolical system that has been gaining momentum over the last 100 years, have in turn hidden their true assets which amount to trillions, not billions, in offshore Trust Funds and “Philanthropist” so-called “charity” organizations wherein they hide their true wealth.

They have not only stolen the wealth of the people of America, but they have stolen the wealth of almost every other country on this planet. Up to and including the vast profits that they have made through every single war, civil war, revolution and colour revolution, in most cases instigated by themselves through operations like Gladio, covert agents and NGO structures.

Their objective in all cases no matter if such wars may last 10 or even 20 years, has been to benefit financially from playing both ends against the middle by funding both sides, until both the people of those countries have become completely demoralized and their infrastructure destroyed after which they have gone in and picked up the spoils as so-called promoters of freedom and democracy, when it fact the end result has been a corporate fascist takeover of the resources of those countries and the populations have been reduced to working for slave wages with no benefits.

This game in the last 100 years has been a case of wash, rise, dry, repeat.

Many of the individuals involved never were, are not and never will be mentioned on the Fortune 500. And most if not all of them never have, do not and never will pay taxes. As far as they are concerned, tax is for the “little people.”

Should you wish to follow the Presidential Elections in 2016 in order to find out which trained, bought and paid for puppet actor or actress will occupy the White House next, I suggest that you restrict yourself to Murdoch Media outlets, CNN, Fox and the many other news outlets around the world who do a copy and paste from CIA-controlled Reuters.