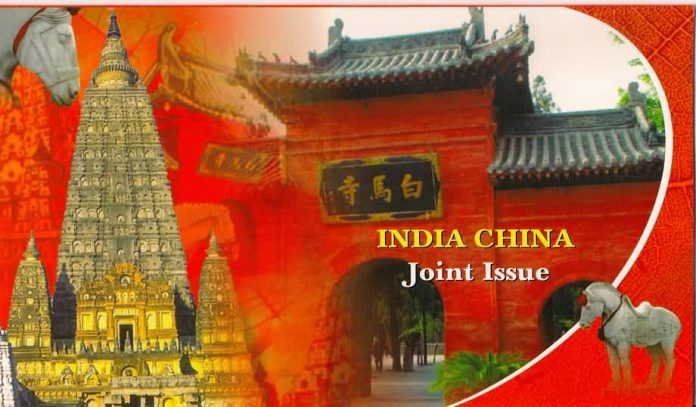 [ Editor’s Note: Mr. Terekhov takes us into a geopolitical area of huge long term consequence that the current war focus has pushed to the back burner of mass media for non-business audiences. The emergence of Asia’s three major powers, settling aside old conflicts, will defeat all plans for recolonization via gunboat and nuclear diplomacy.

Americans in particular have low foreign policy IQs primarily due to their perception that whatever is going on “over there”, other than wars in which the IS is involved, has no effect on them.

But VT readers know that most of our wars are “economically-oriented” to enhance the wealth of certain members of certain countries. Terekhov mentions this age of neo-Colonialism, where struggling Western economies look for relief with the tried and true pillaging of far away places.

That also includes doing business with the major growing economies. Europe is stagnant and could remain that way. Parts of the EU are being “third-worlded” as I type, via debt slavery.

This makes the EU’s sanctions policy against Russia even more stupid, competing with its pushing for NATO to go to Russia’s borders and all the financial disruption that has caused.

I knew that New Eastern Outlook was going to be a great partner relationship for VT because they helped fill our need for solid coverage on Eurasian issues, the good, the bad and the ugly. Those issues are definitely going to have an impact on our future in a lot of different ways.

While the US is using worn out gunboat diplomacy in a worn out divide and conquer policy for Asia, EU countries are trying to sign big trade deals; and many of them rushed to join or affiliate with the Asian Development Bank. What do they know that the US does not? …Jim W. Dean ] 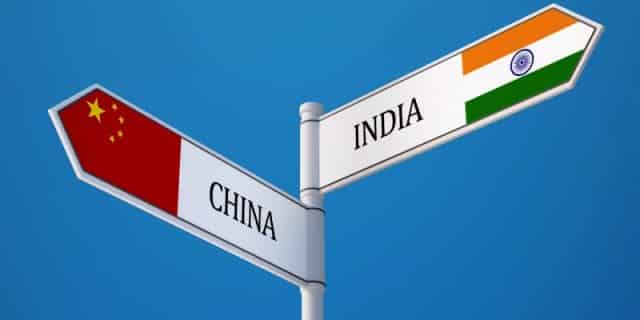 The shifting of the world economic and political centers of gravity from the Euro-Atlantic to the Asia-Pacific region has been a long process resulting in the emergence of such Asian countries as China, Japan and India as the core global players.

Their enthusiastic advancements in every aspect of life are ever more noticeable in their relations with the European continent. In addition, since the US remains the Europe’s primary partner even to this day, the rising Asian superpowers have to deal with it in one way or another as well.

Currently, the US and the largest Asian and European powers are forming a conglomerate of global leaders, able to influence today’s political picture of the world. Even a preliminary analysis of this picture demonstrates several distinctive features of it:

– While expanding their activities in Europe (and that is true for other regions), the leading Asian players act as competitors in relation to each other.

– So far it was mainly China and Japan that demonstrated their “competitive spirit”, which was noted in the articles published in the New Eastern Outlook on numerous occasions.

– Recently, India has been unambiguously signaling its desire to join the “game” played on the European “field”.

– Leading countries of the EU, however, should not be thought of as some passive subjects the Asian players act upon at their sole discretion. In fact, they act in the same vein and “strike back”, so to say.

– Attempts to revive some elements of the colonial policy of the 19th century (and they were resumed with the conclusion of the Cold War era) by the current successors of the former European mother countries (and, first of all, France), are directed mainly toward some regions of the North and Central Africa and not the countries of the Asian continent.

– The leading European countries act more and more independently. The notion that they fully depend on the US is nothing more than propaganda and a product of the ideological struggle between various groups of the European establishment.

Confirmations that the distinctive features outlined above exist in reality can be found in mass media covering the development of the Asian-European relations. One particular example is the increased number of reciprocal visits of the state heads of European and Asian nations.

The recent visits of prime minister of India Narendra Modi (November 12-14) and the General Secretary of the Communist Party of China Xi Jinping (October 20-23) to Great Britain can serve as the most indicative examples of this process.

PM Modi’s visit to Great Britain took place at the time when India’s global prestige has reached the heights once attained by its former mother country and at the time when London no longer holds the title of the preferred economic and foreign policy partner of the country, which used to be called “British India” in the recent past.

It is noteworthy that Great Britain was only the 28th country on the list of states visited by PM Modi in the one and a half years of his premiership, and that London ranks only the 12th among Delhi’s foreign trade partners. Meanwhile, the former mother country still retains the control over such a powerful lever able to impact the situation in India as training of new Indian elite.

Today more than 20 thousand students from India study at the institutions of higher education in Great Britain. The financial influence of London on the global events also remains a significant factor. India ranks the third among the economies Great Britain invests in.

However, the process of transformation of the traditional ratio between India’s and Great Britain’s might manifest itself in the financial sector as well. Today India is the third (after the USA and France) largest investor in the British economy and the role its leading financial and industrial conglomerates play in the British economy becomes ever more prominent.

There is such a giant among the Indian companies represented in the British market, as Tata Group (with the annual turnover of over 80 bn. USD), which provides jobs for 65 thousand British workers.

Signing of a number of bilateral contracts for a considerable total amount of USD 13.7 bn was the main achievement of the visit of PM Modi to Great Britain.

However, this amount is significantly lower than the total sum of the bilateral contracts signed between India and the People’s Republic of China (USD 22 bn) in the course of visit of PM Modi to the People’s Republic of China last May, and it comes a poor second to the volume of the bilateral trade and investment contracts (amounting to over USD 50 bn) signed in October during the triumph visit of the Chinese leader Xi Jinping to Great Britain.

The scale, multifaceted nature and duration of British-Chinese agreements provided a solid base for British PM Cameron to make a statement that “the golden age” in the British-Chinese relations has just begun.

Today experts project the image of the “Golden Age” onto almost all aspects of the relations between the People’s Republic of China and the EU with the exclusion of just one, but extremely important aspect, the very mentioning of which pushes the issue of the development of relations between Europe and the leading powers of Asia to the geopolitical level.

It is the issue of embargo on the arms trade with the People’s Republic of China, which was imposed on China by western nations after the 1989 Tiananmen Square protests. The embargo was one of the final acts of the Cold War.

It does not reflect the current global situation, which differs so much from what it used to be back in 1989. About five years ago, Europeans attempted to lift it, but they were blocked by the US, which applied extraordinary measures to prevent the lifting from happening.

Among other incidents, this collision between Americans and Europeans demonstrated that a qualitatively new world order was being shaped.

And that it would be marked not only by the shifting of its center of gravity to the Asian continent, but also by the emergence and by strengthening of the tendencies for the splitting of the phenomena, which was and sometimes is still referred to as “the West”.

The accession of Great Britain (which was later followed by other leading European countries) to the Asian Infrastructure Investment Bank, patronized by China, became one of the latest proofs of dubiousness of the very use of this term. It was, figuratively speaking, a “blow under the transoceanic manager’s belt” from the birthplace of boxing, which caused it to grasp for air for many weeks afterwards.

Today Europeans and Americans still remain allies, which implies that both parties enjoy some benefits, but also bear some responsibilities toward each other. For example, contrary to the widespread opinion, France and Great Britain were interested in the military aggression against Libya more than any other country. The US joined in (despite resistance of the Defense Minister Robert Gates) mainly to demonstrate to Europeans that they duly discharge their duty of being an ally.

Information that the three American political furies (Hillary Clinton, Susan Rice and Samantha Power) played the first fiddle in this ordeal appeared in the press. Actually, on November 15th, in the course of the presidential campaign debates, Hillary Clinton confirmed her role in the involvement of the US in the Libyan conflict.

If the alleged course of events were what some claim it to be, the whole situation would very much resemble the storyline of Macbeth. Only in this case, the summoning of ghosts by the three witches would entail not the movement of the “Birnam Wood”, but a massive influx of migrants from the countries subjected to the Western “democratization” to the territories of the “democratizers”.

Since France continues to rattle the saber in the former colonies, it naturally becomes an object of a retaliatory reaction.

On the whole it can be noted that recent evolvement of (internally contradictory) relations between leading Asian and European players promotes the emergence of conceptually new elements influencing the currently shaped world political map. And it is still premature to speak of what its final outline might look like.

Vladimir Terekhov, leading research fellow at the Centre for Asian and Middle Eastern Studies at the Russian Institute of Strategic Research, exclusively for the online magazine “New Eastern Outlook”.
____________